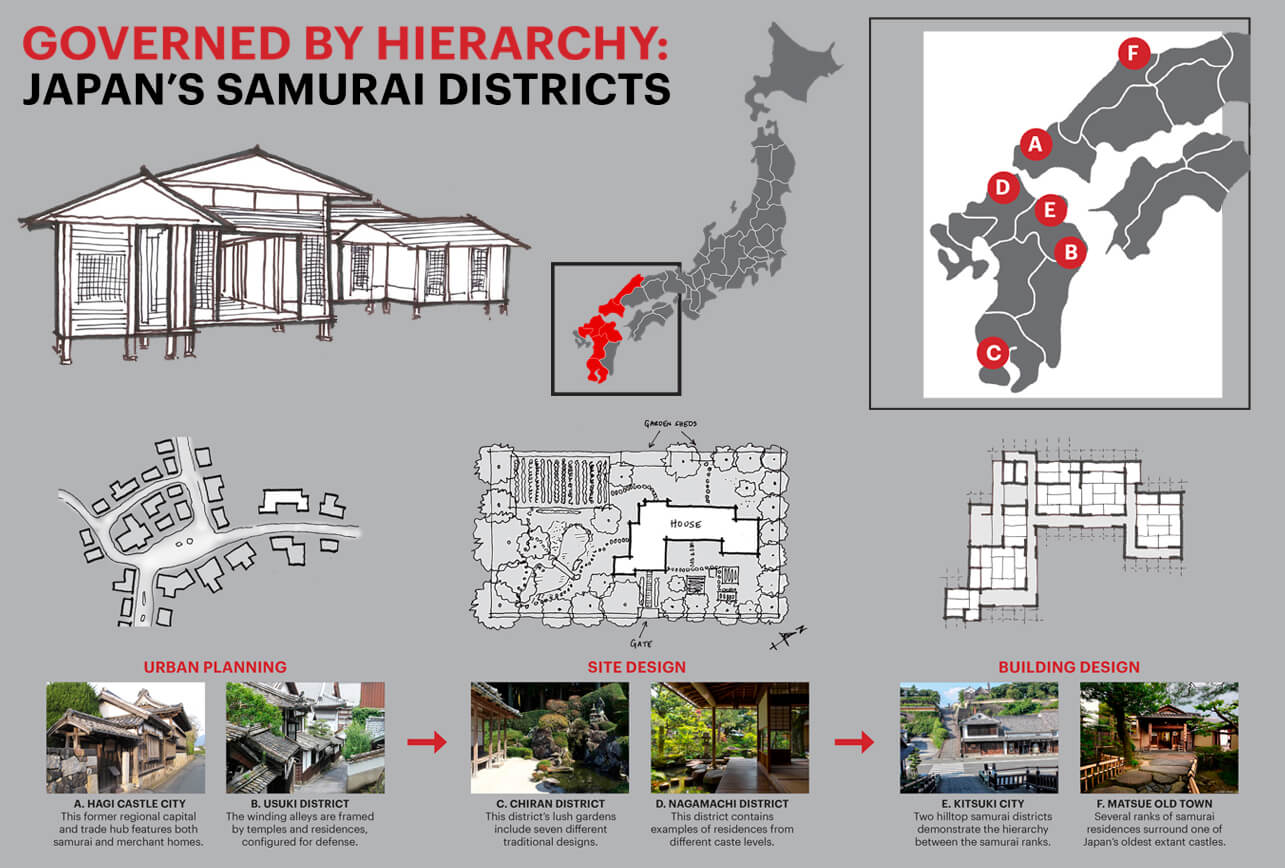 The Partners of Robert A.M. Stern Architects are pleased to announce that Caitlin Baransky and Brenna Decker won a 2019 RAMSA Prize, the first of two to be awarded this year, with their proposal Governed by Hierarchy: Japan's Samurai Districts. The RAMSA Prize is a $5,000 travel and research grant awarded to individuals within the firm. Now in its fourth year, the two-week-long fellowship promotes exploration into a location’s sense of place and is intended to encourage RAMSA staff to engage in targeted, in-depth research into a city, town, or region in a way that can meaningfully inform design work. In addition, the prize allows staff to pursue personal interests as an extension of the firm’s research-based design approach.

Ms. Baransky and Ms. Decker's research will focus on six samurai districts in Japan. "Each of the six villages has several superb examples of preserved homes, ranging from a simple low-caste pharmacist’s home in Nagamachi to the large samurai mansions of Kitsuki."

The jury—RAMSA Partners Gary L. Brewer, Meghan L. McDermott, and Paul L. Whalen—felt that their proposal to study preserved samurai districts in Japan was well-written, feasible, and closely aligned with the spirit of the prize. "Caitlin and Brenna's proposal explains the design principles of samurai districts, and clearly outlines the three scales their project will examine: urban planning, landscape design, and architectural detail," the jury statement read. "Their proposal reflects RAMSA’s tradition of studying precedent, and we agree that their research will be deeply informative for RAMSA’s international master planning projects."

The second RAMSA Prize for 2019 will be announced in the fall. For more information about the RAMSA Prize, visit www.ramsa.com/prize.