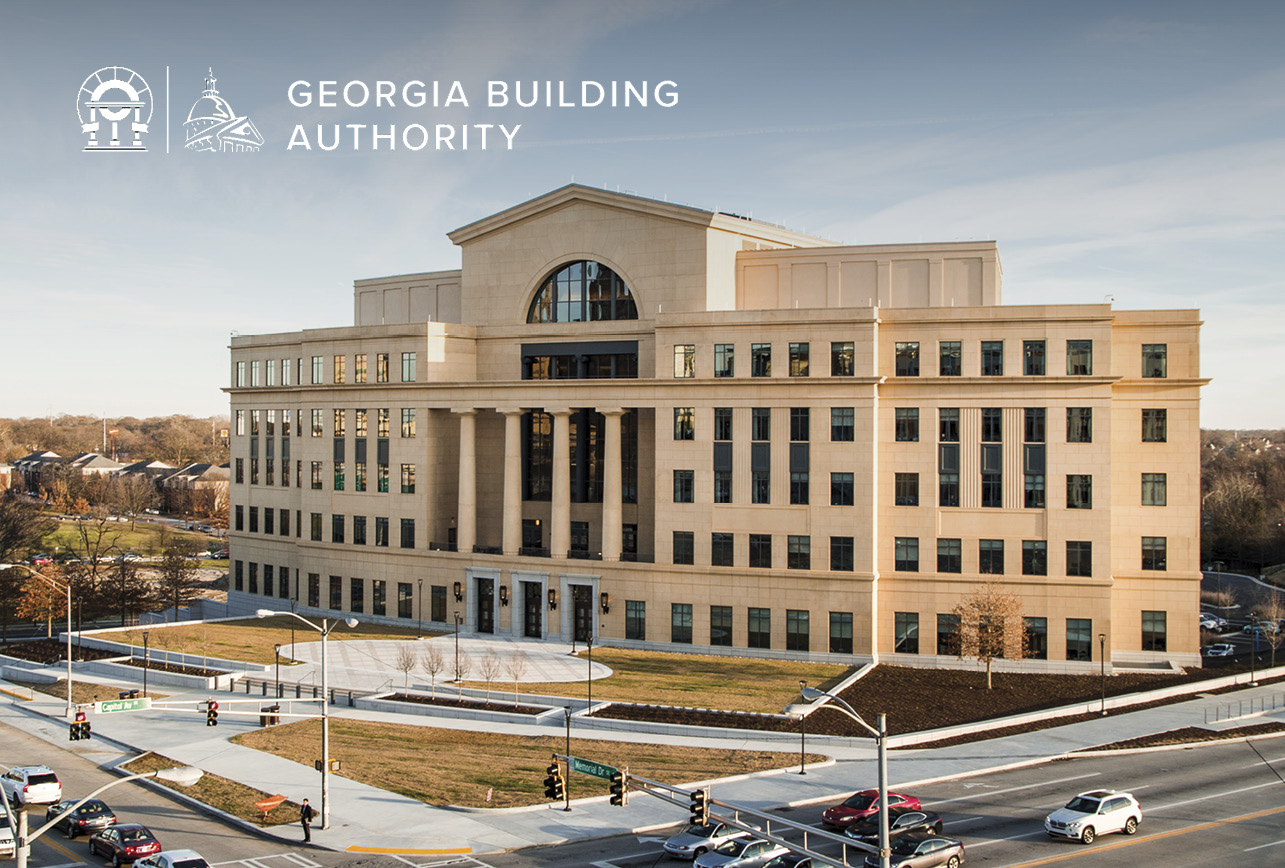 The Nathan Deal Judicial Center, the new home of Georgia's State Supreme Court and Court of Appeals was dedicated this morning in Atlanta. The new courthouse, the first state building in the history of Georgia that is devoted entirely to the judiciary, stands in dialog with the historic State Capitol (Edbrooke and Burnham, 1889) across the complex intersection of Capitol Avenue and Memorial Drive. The new building's arcing north facade, highly visible from the Capitol complex and adjacent expressways, communicates the dignity and stability of the Courts with the restrained Classicism that has long symbolized American justice. RAMSA Partners Robert A.M. Stern and Grant F. Marani led the design effort. Stevens & Wilkinson served as associate architect and architect-of-record.

"We're in love with this building. It gives us all the practical things we need, but it also makes all the statements that need to be made, standing in conversation with the Capitol and the Executive Branch buildings on the Hill," said Chief Justice Harold D. Melton of the Georgia Supreme Court. "There's also the 'wow' factor that the design team insisted upon—wisely: when you walk into this building, you expect great things because the building says, ‘Great things are supposed to happen here.'"

An oval plaza framed by trees leads to the public entrance, its border paved with Georgia marble reclaimed from the Archives Building that previously occupied the site. The main facade, clad in limestone-colored precast concrete above a Georgia granite water table, has as its centerpiece a colonnaded screen that brings daylight into the atrium; the columns and the arched window behind them recall the central figure of the Georgia State Seal. Three bronze doors below the colonnade lead to the single-story lobby, which gracefully accommodates security needs; from there a double stair ascends to the second-floor atrium, a sixty-foot-high light-filled elliptical room around which the building's courtrooms, judicial chambers, conference center, and offices are organized.

The Court of Appeals occupies a courtroom on the second floor; across the atrium a terrace offers views to the Capitol and downtown Atlanta. The Supreme Courtroom on the sixth floor is entered through an oval lobby centered on an oculus that looks down into the atrium below and a large arched window that offers views toward the city. Both courtrooms are paneled in stained hickory, a species which is native to Georgia; the Supreme Court Room is dignified with a screen of Ionic columns rendered in Georgia marble. Vaulted ceilings and clerestory windows inspired by Classical precedents endow the modern courtrooms with balanced light and superior acoustics and connect them to longstanding traditions of architecture for justice.

"We are honored to have been entrusted with the design for this important building for the State of Georgia and the city of Atlanta," said Grant F. Marani, AIA, Partner at Robert A.M. Stern Architects. "The intention of our design goes beyond accommodating the needs of the courts to realize a building that expresses the dignity of the state judiciary, and in addition provides a great civic space that is second to none in Atlanta."