Central Park West is one of the city's most glamorous streets, both architecturally and in terms of the mix of people who have been drawn to live here over many years. With its almost continuous palisade of romantically silhouetted apartment towers bounding Central Park, Manhattan's front lawn, Central Park West is an internationally acknowledged archetype of Manhattan and of modernity.

Fifteen Central Park West is designed to complement its neighbors. The nineteen-story House joins the palisade of park-facing apartment houses that stretches for more than two miles along Central Park West. The thirty-five-story Tower takes its place among the 1920s towers punctuating that palisade – the Century, the Majestic, the San Remo, and the Eldorado – as well among as the post-war towers that line Broadway to form a back range to the skyline. On the west, shopfronts participate in the active pedestrian life of the stretch of Broadway between the great cultural anchors of Lincoln Center and Jazz at Lincoln Center, now located at Columbus Circle.

Fifteen Central Park West is completely clad in limestone, complementing the light-toned brick and stone of the older towers and contrasting with the dark reflections of the newer buildings around Columbus Circle. The warmth and natural variation of limestone has made it the material of choice for New York's most important buildings, those with the highest architectural ambitions, from the Metropolitan Museum of Art to the Frick Museum to the Empire State Building to some of the great apartment houses like 998 Fifth Avenue and 740 Park Avenue; no material takes the light more beautifully.

The building's Central Park West entrance, a canopied bronze door with a double-height expression, leads into a vestibule and a grand lobby with two fireplaces. The gated motor court off 61st Street brings residents and visitors to a copper-roofed oval entry pavilion which links the House and the Tower. A granite fountain marks the center of the motor court and a pedestrian arcade along its east edge screens a residents' library. A residents' dining room spills out into a landscaped garden with a reflecting pool and fountain north of the entrance pavilion. The reflecting pool acts as a skylight over the seventy-five-foot-long lap pool in the health club below. Other resident amenities include a screening room and wine cellars.

Paired elevator cores in the House and in the Tower open not to long corridors but to vestibules that typically serve only two apartments. The 202 apartments, which range from one-bedroom to five-bedroom homes, are designed for families, with family rooms and kitchens scaled for entertaining. The traditional masonry expression of the exterior accommodates large windows that, together with projecting bays, French balconies, and deep terraces at the setbacks, fill the residences with natural light and open the rooms to views in all directions. 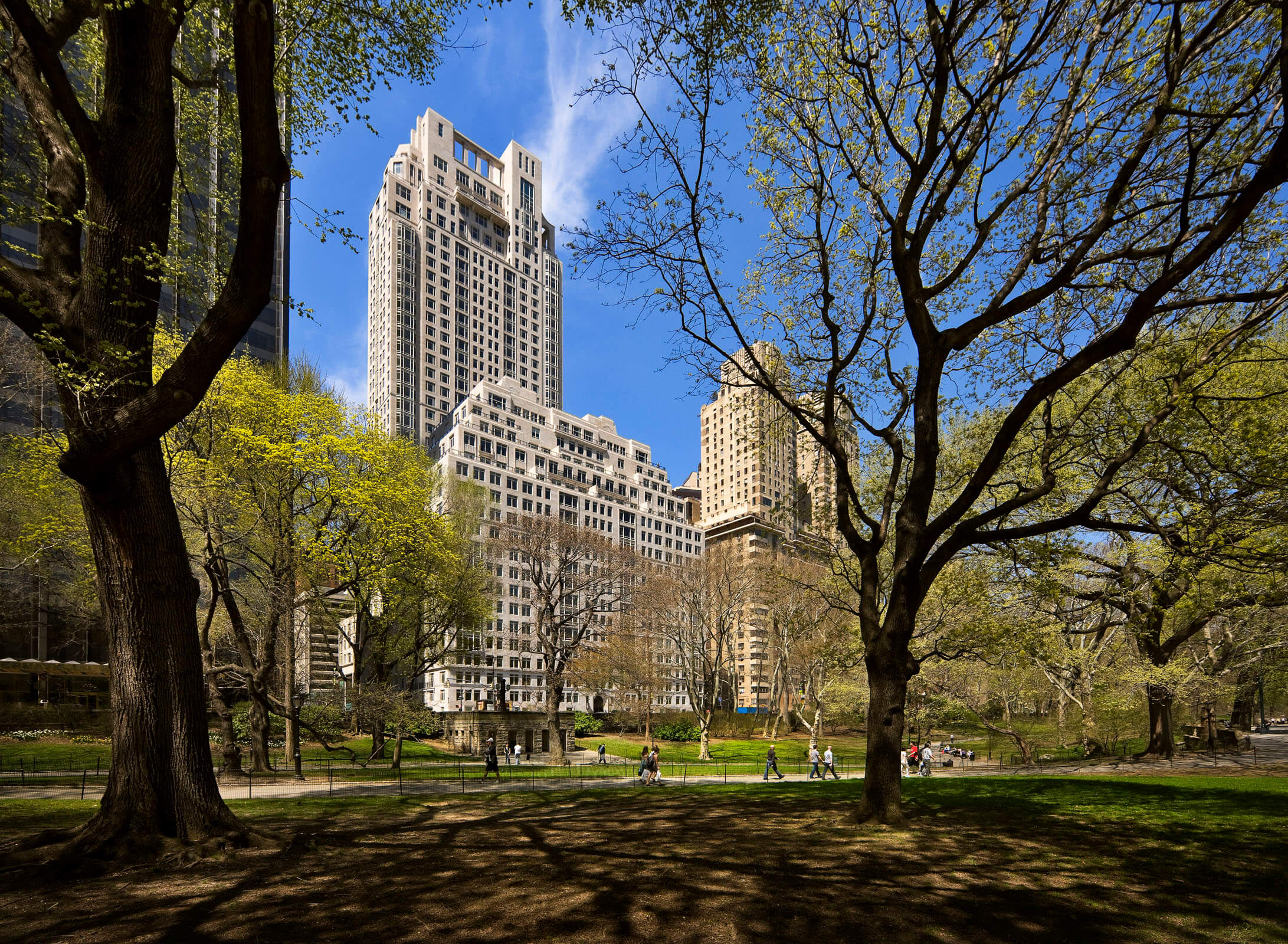 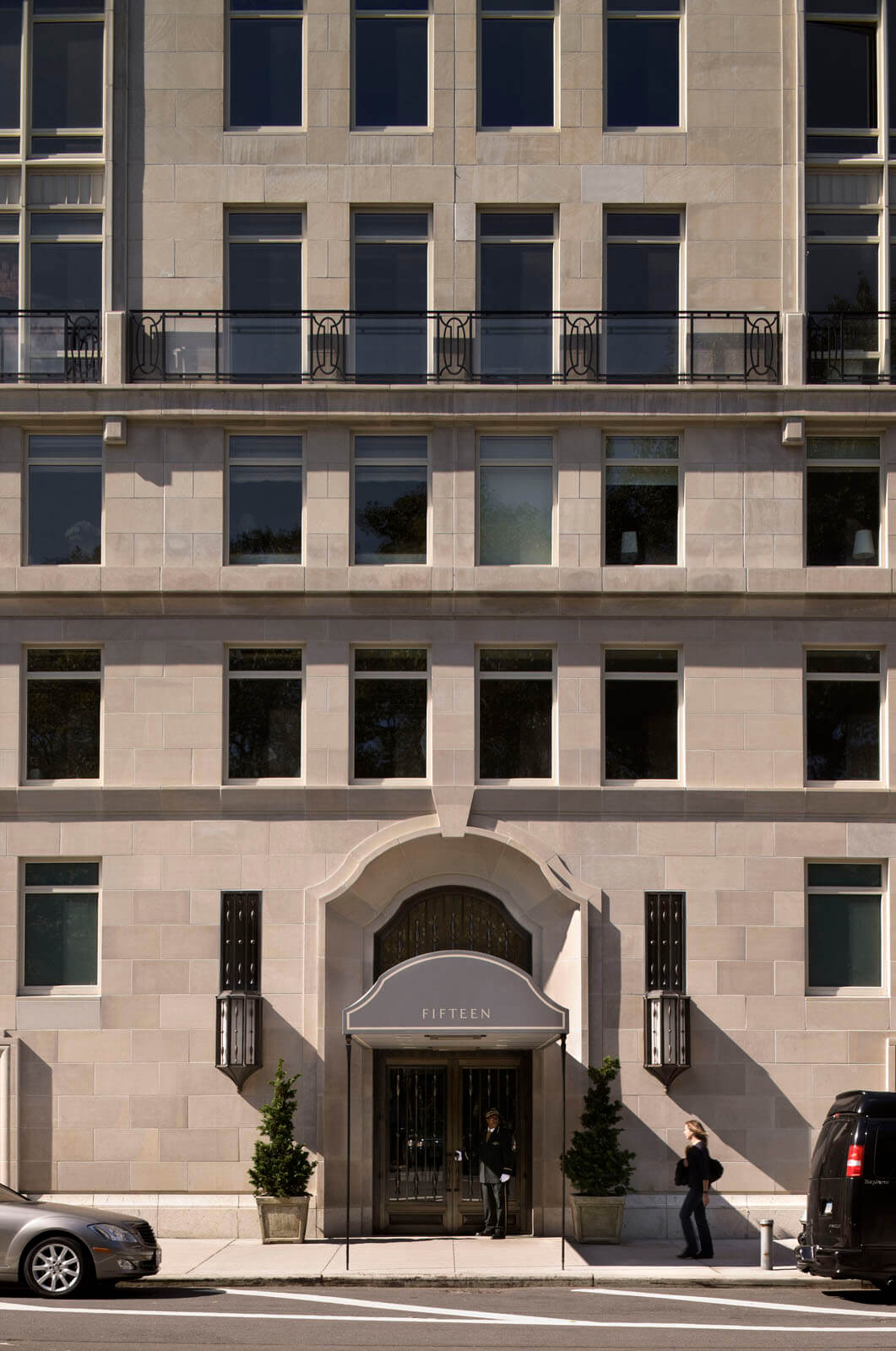 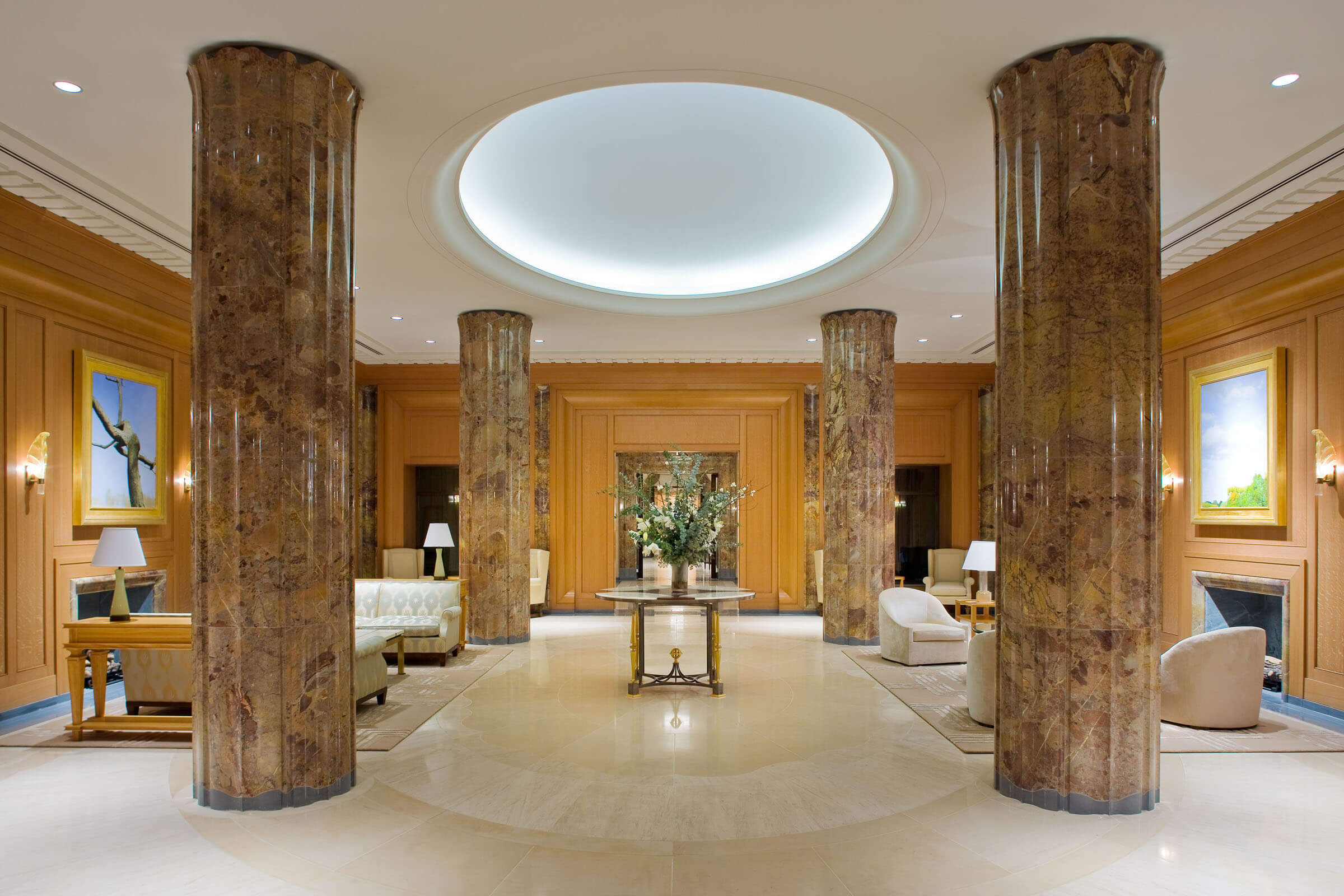 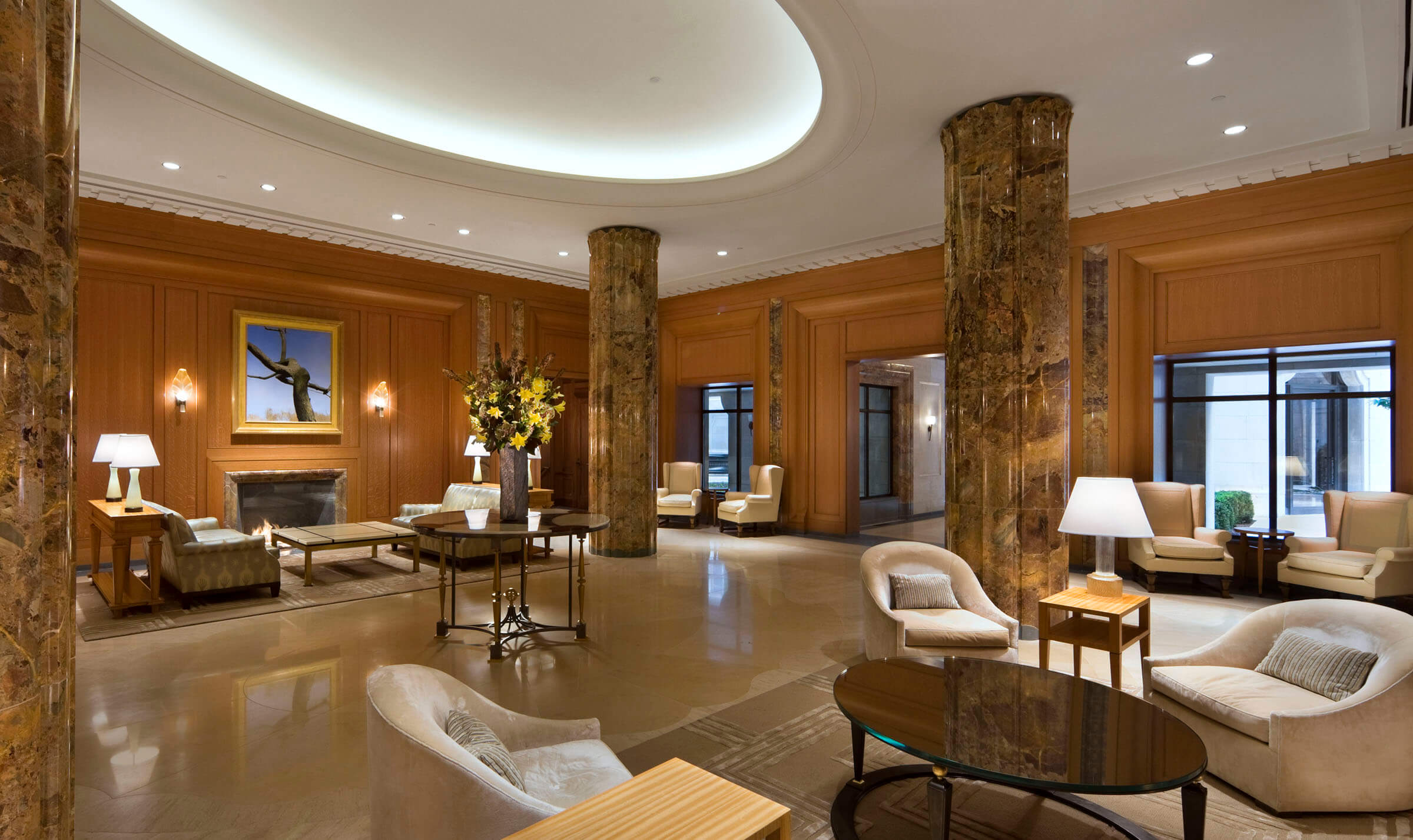 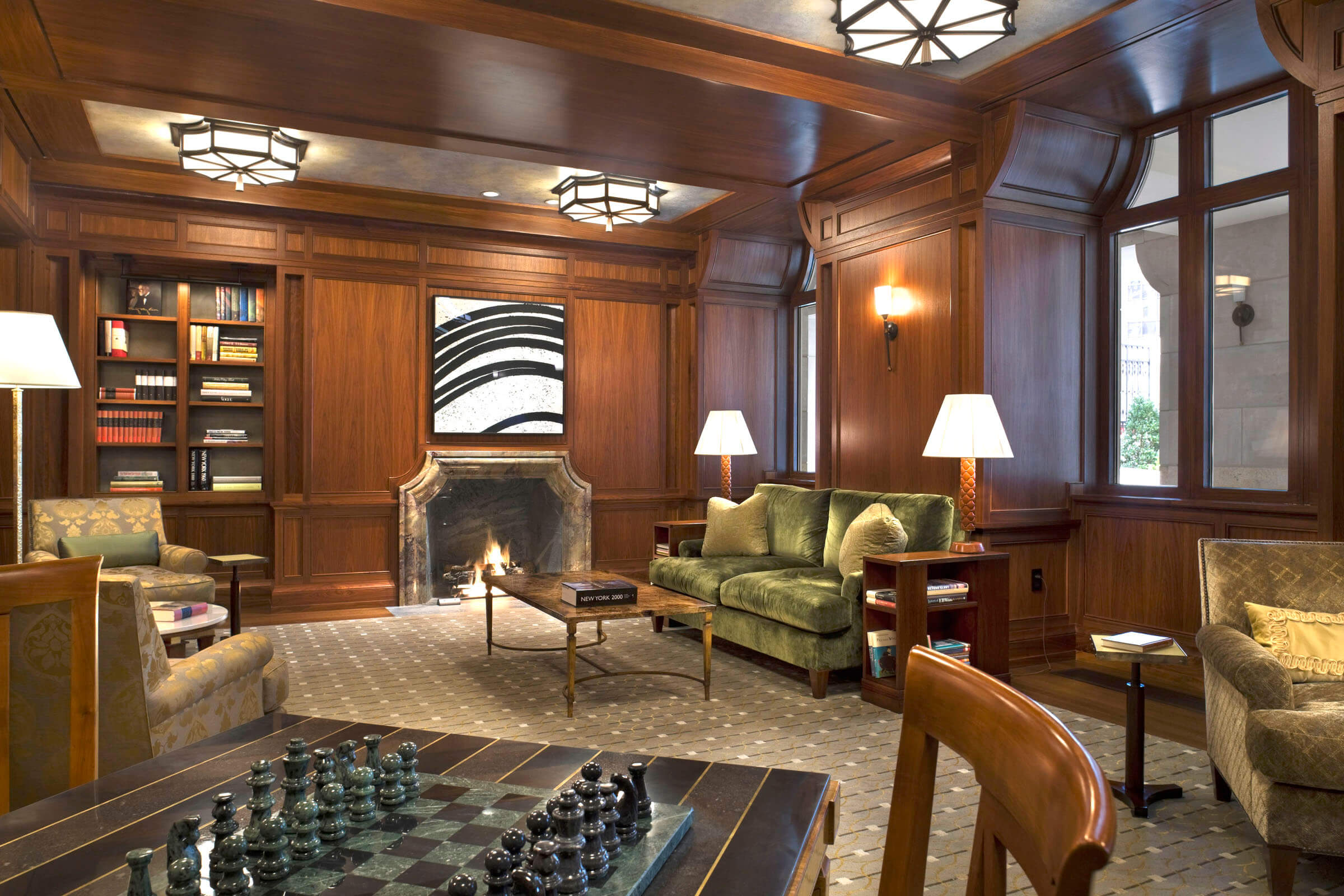 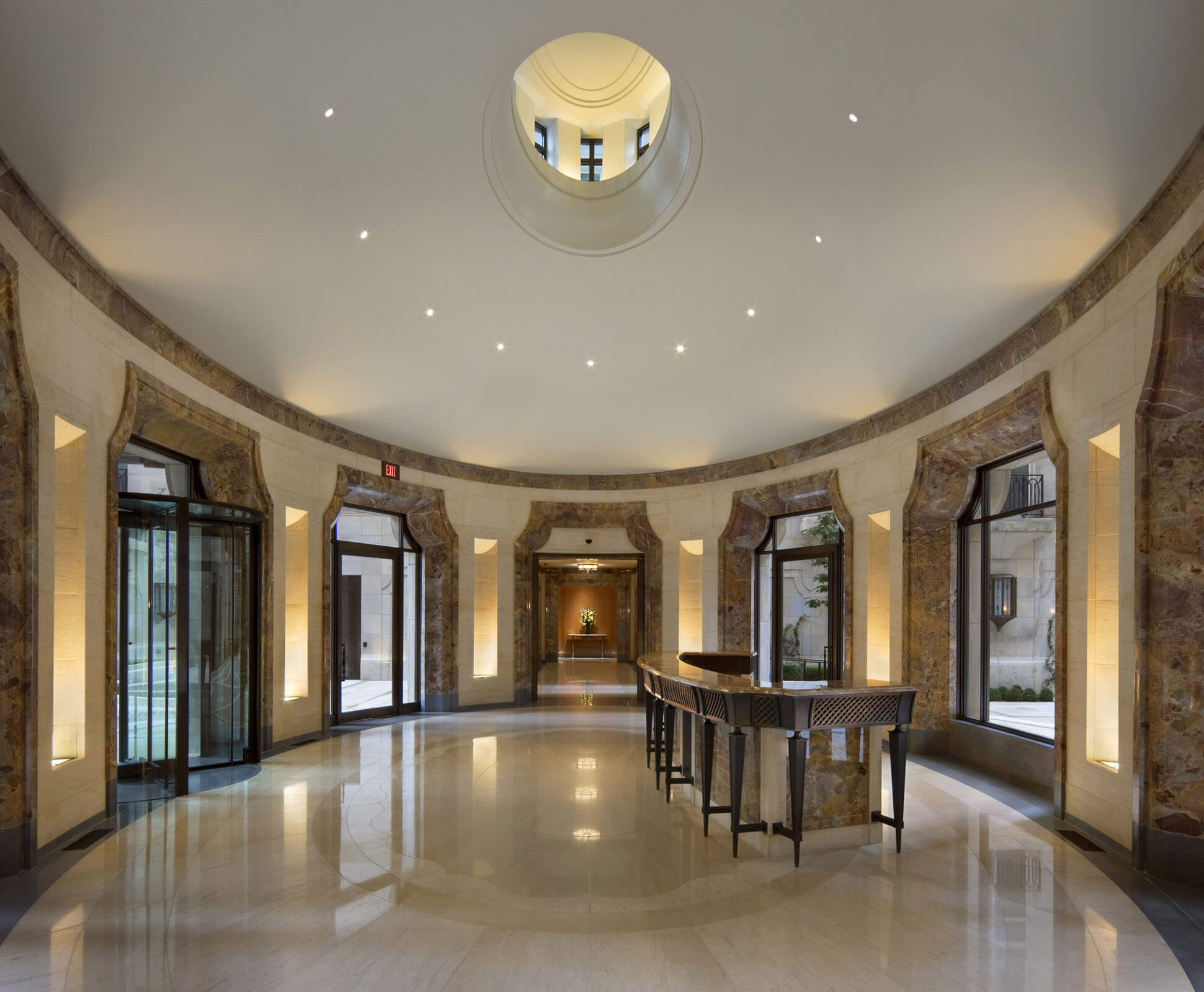 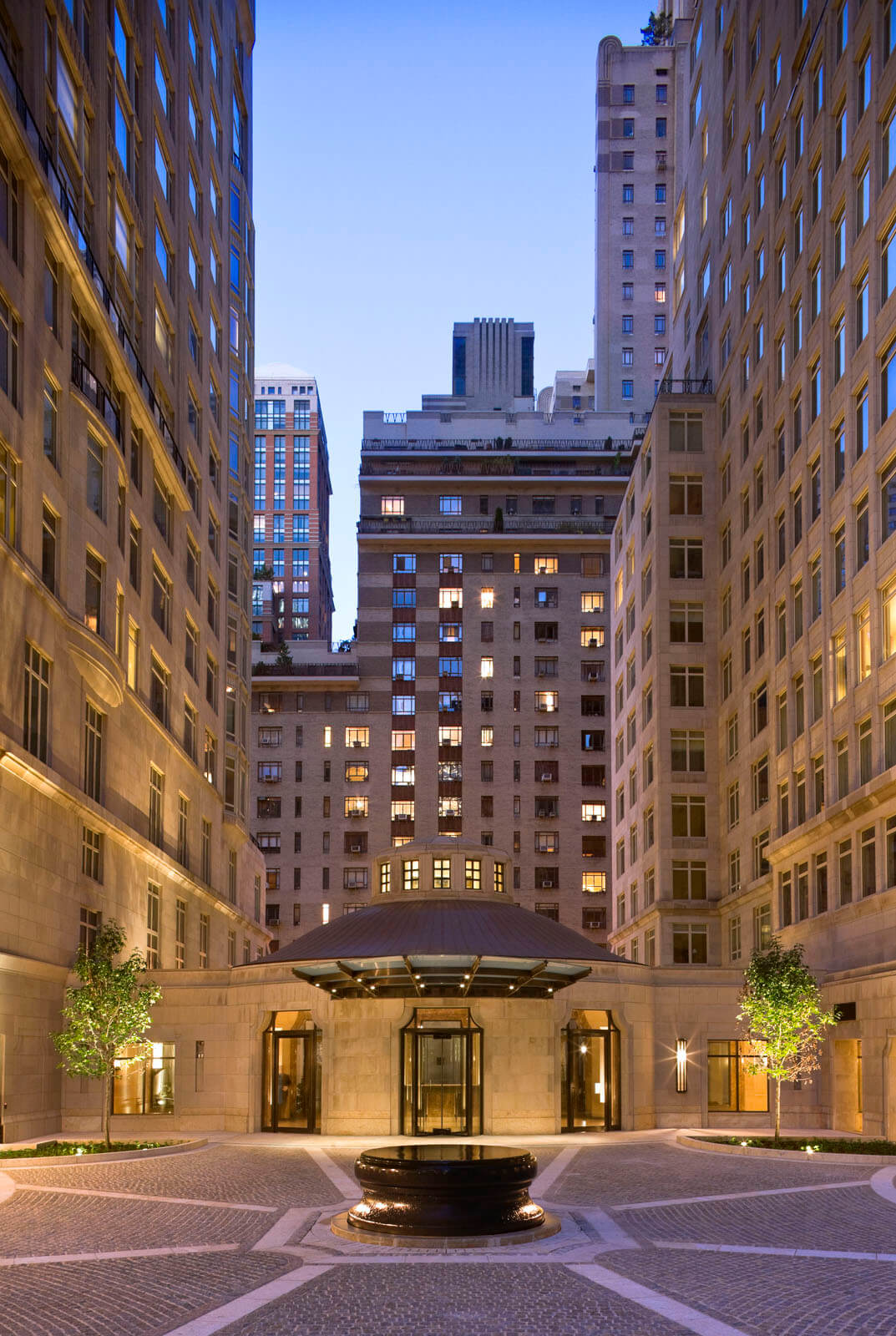 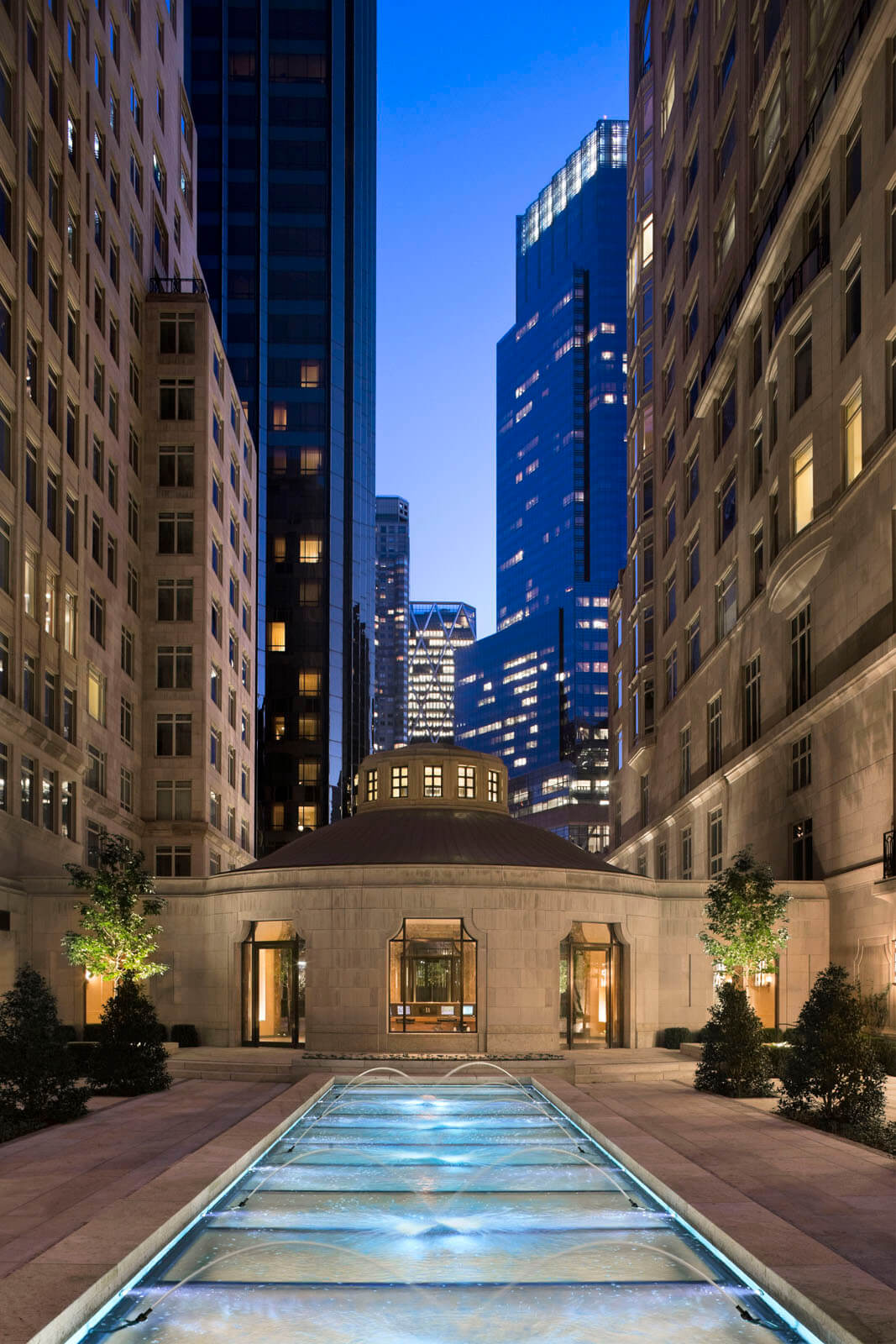 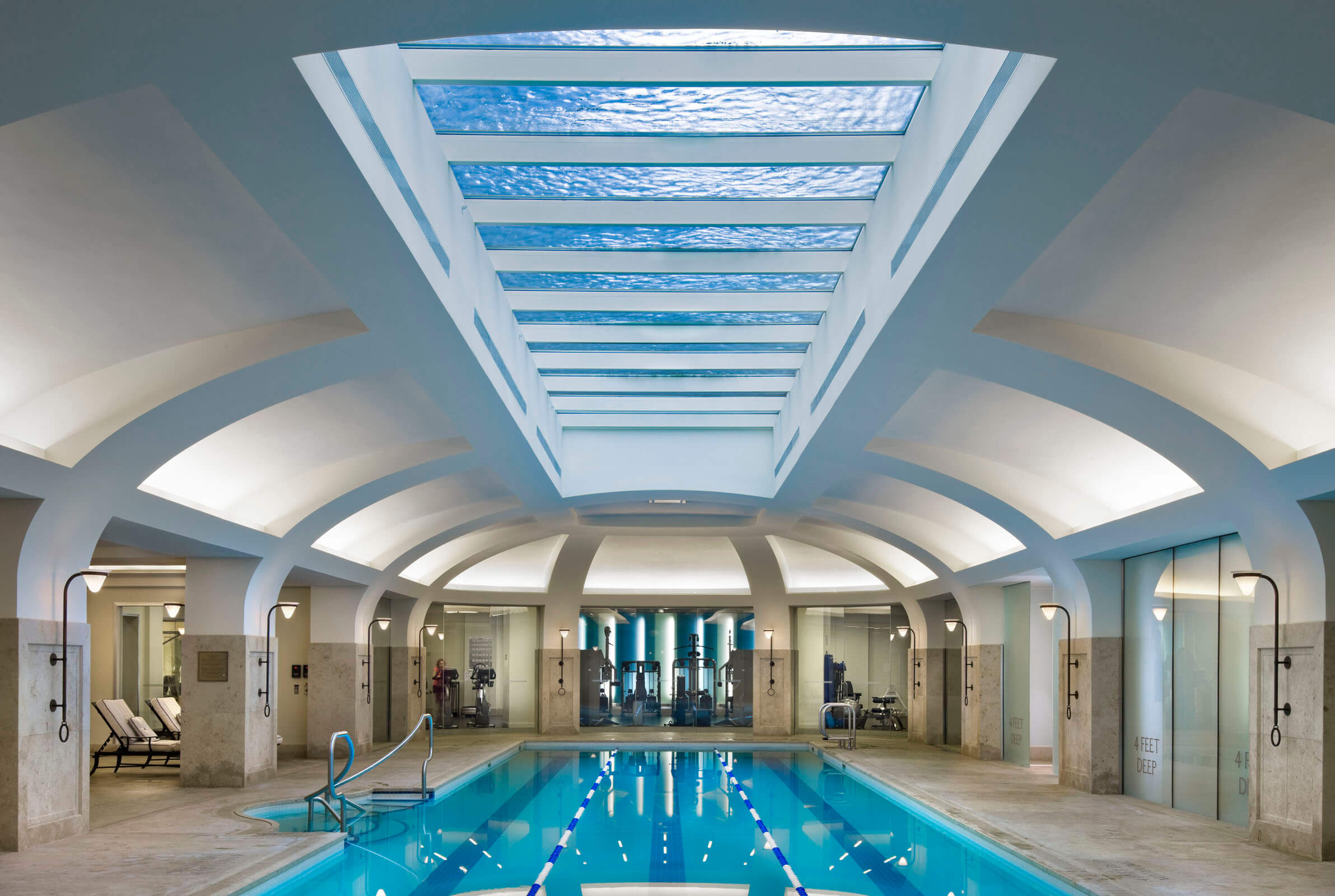 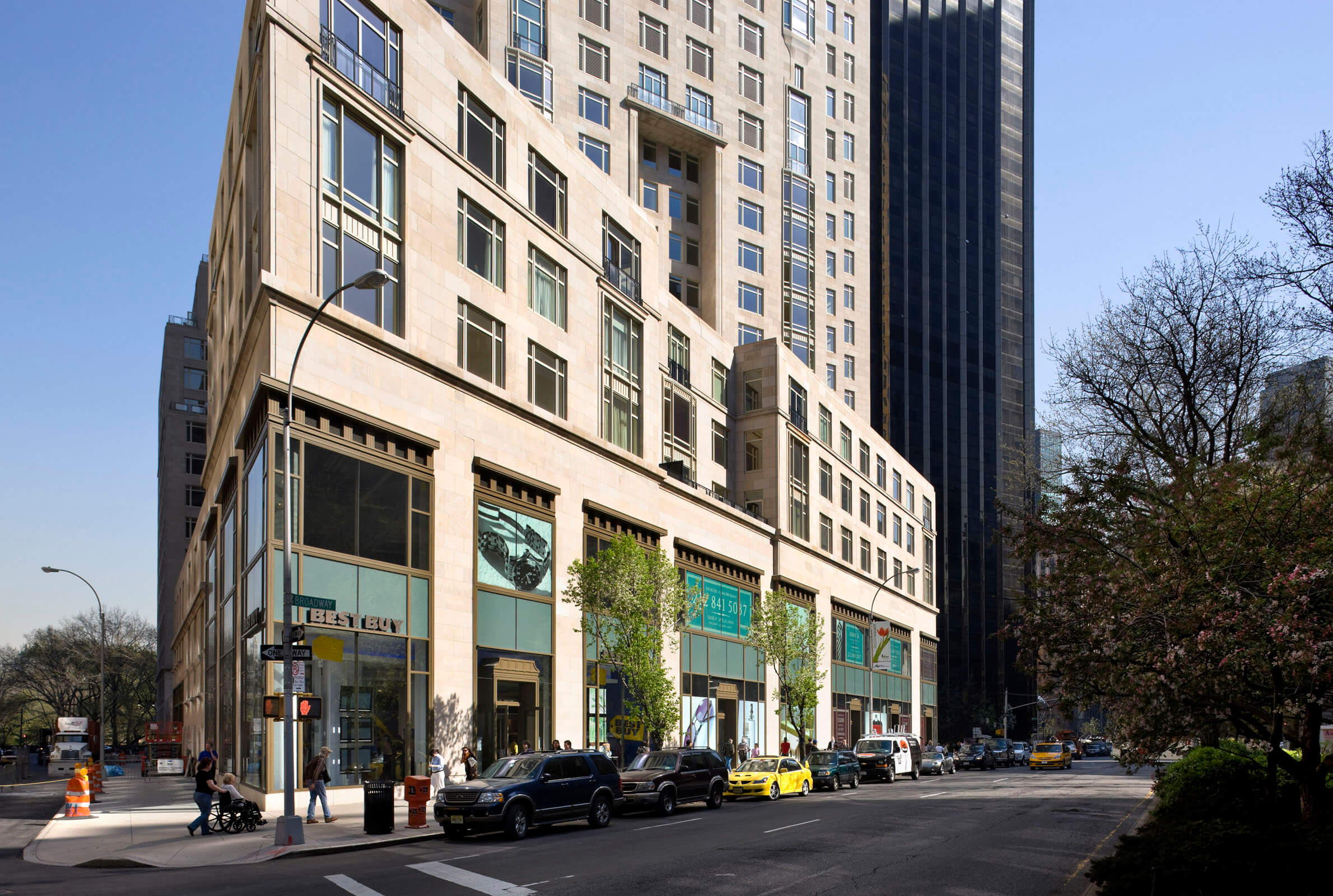 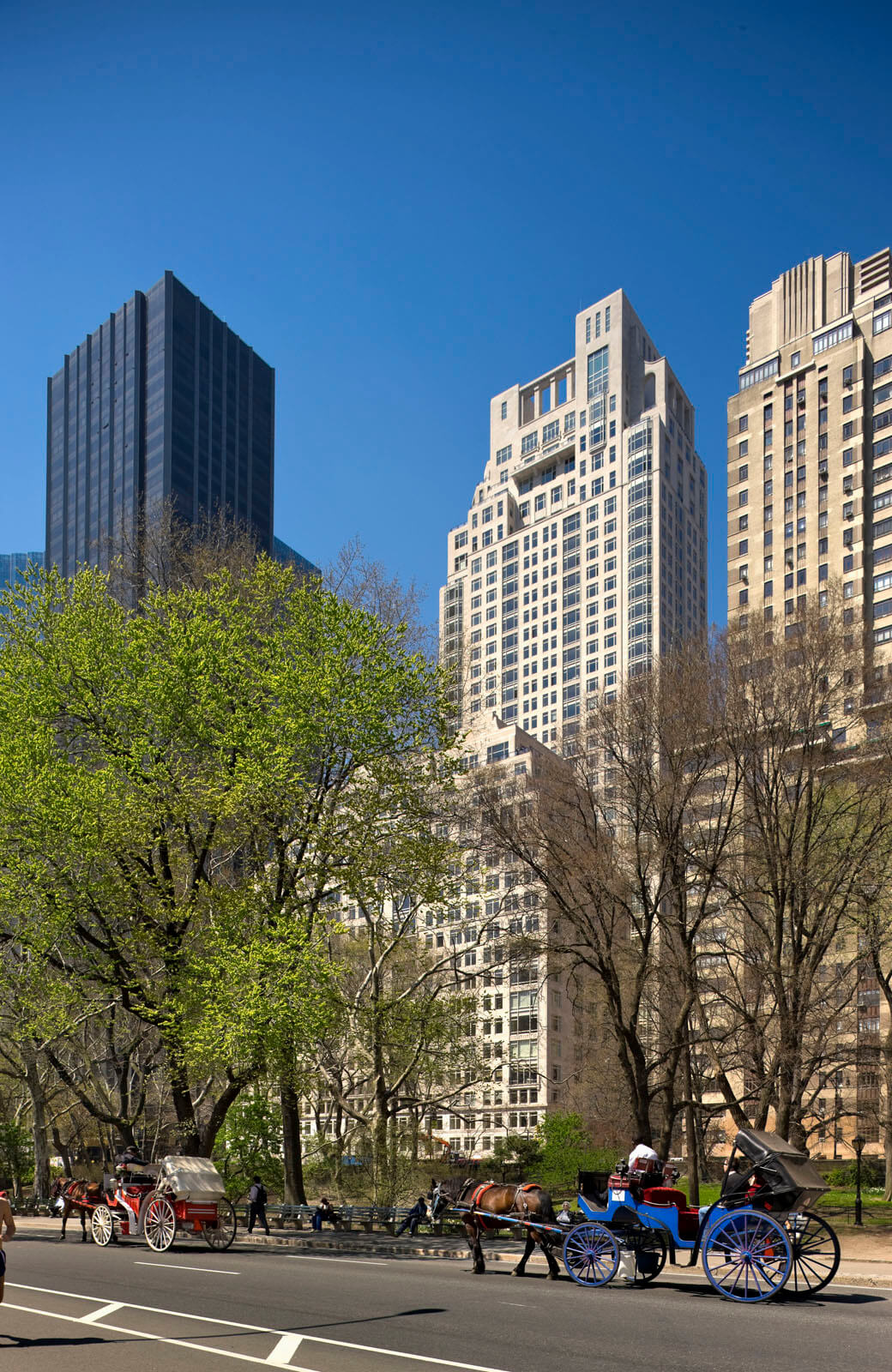