Pezet 375 consists of a tower with 31 apartments and four attached townhouses on a site across from the Golf Club—Lima’s version of New York’s Central Park—in San Isidro, the city’s most desirable residential neighborhood. Facing the Golf Club, living rooms and master bedrooms with large windows open to broad inset loggias at the center of the facade and covered corner terraces to either end. On the other facades, regular groupings of gridded punched windows, articulated with Juliet balconies, trim, and mouldings, create a sense of hierarchy.

The tower is set back from the street to accommodate a semicircular motor court flanked by two patios. The entrance, carved into the facade and adorned with an updated version of Baroque door surrounds typically found in Lima’s Spanish Colonial heritage, creates a sense of enclosure and security for residents and visitors. The 18-foot-high lobby, with its bold geometric floor pattern, showcases art on simply detailed walls. Resident amenities include an indoor lap pool and lounge, each with barrel-vaulted ceilings; a paneled library; a children’s room; and a fitness center. A dramatic gallery with stucco Venetian walls and a vaulted ceiling leads to a formal garden defined by the four Directoire-style townhouses—each two stories with an attic—that weave our tower into the lower-scale urban fabric of historic San Isidro to the south. 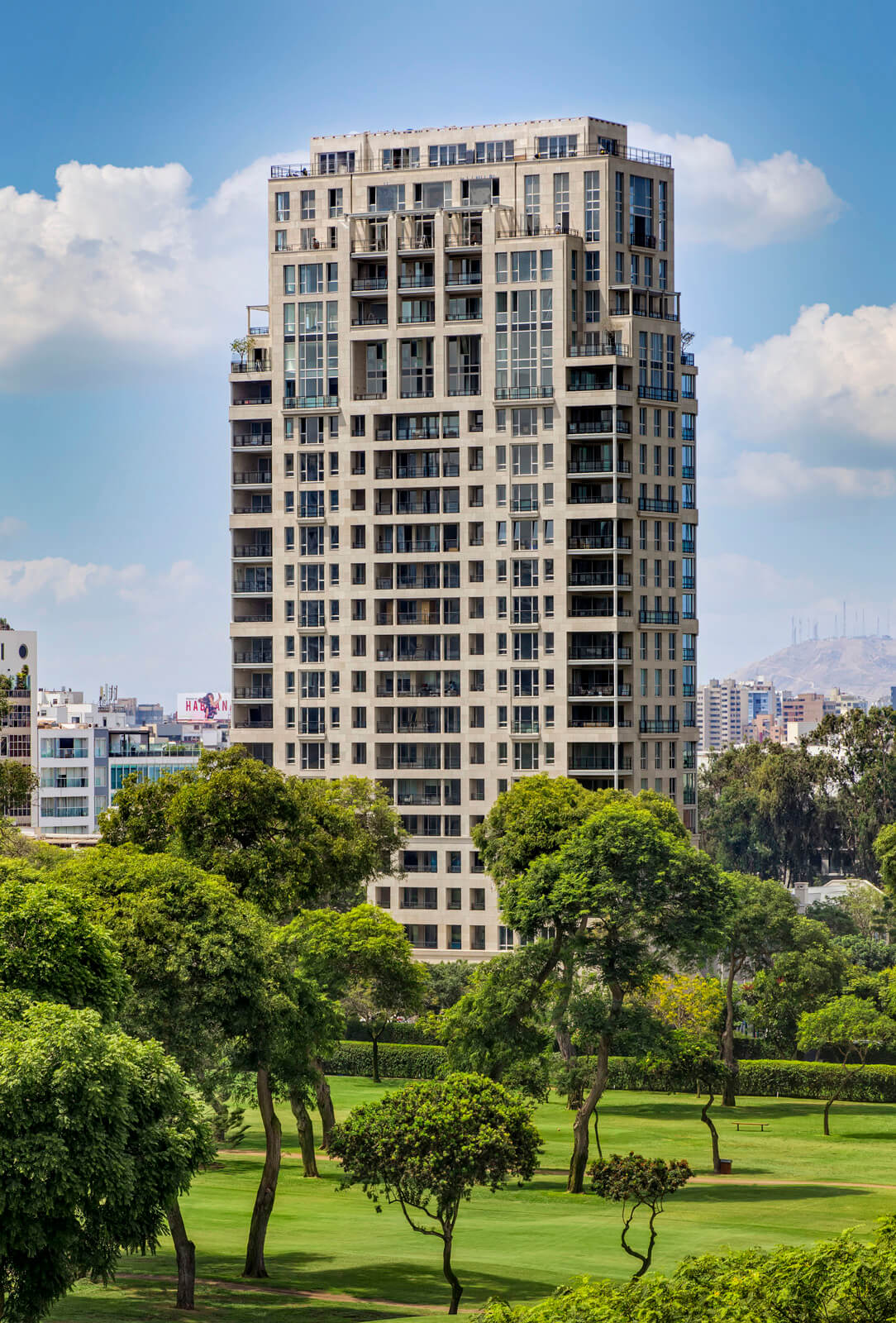 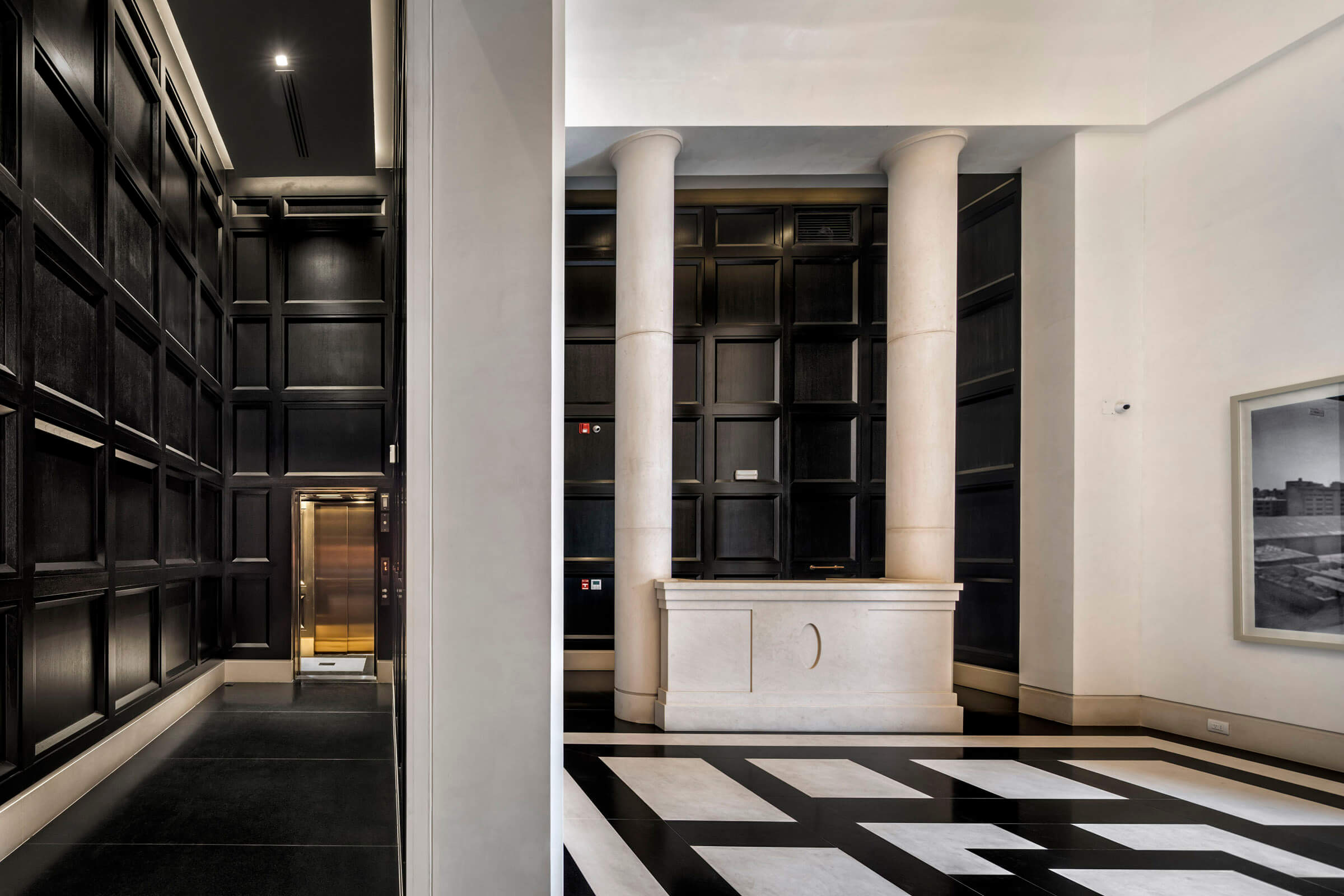 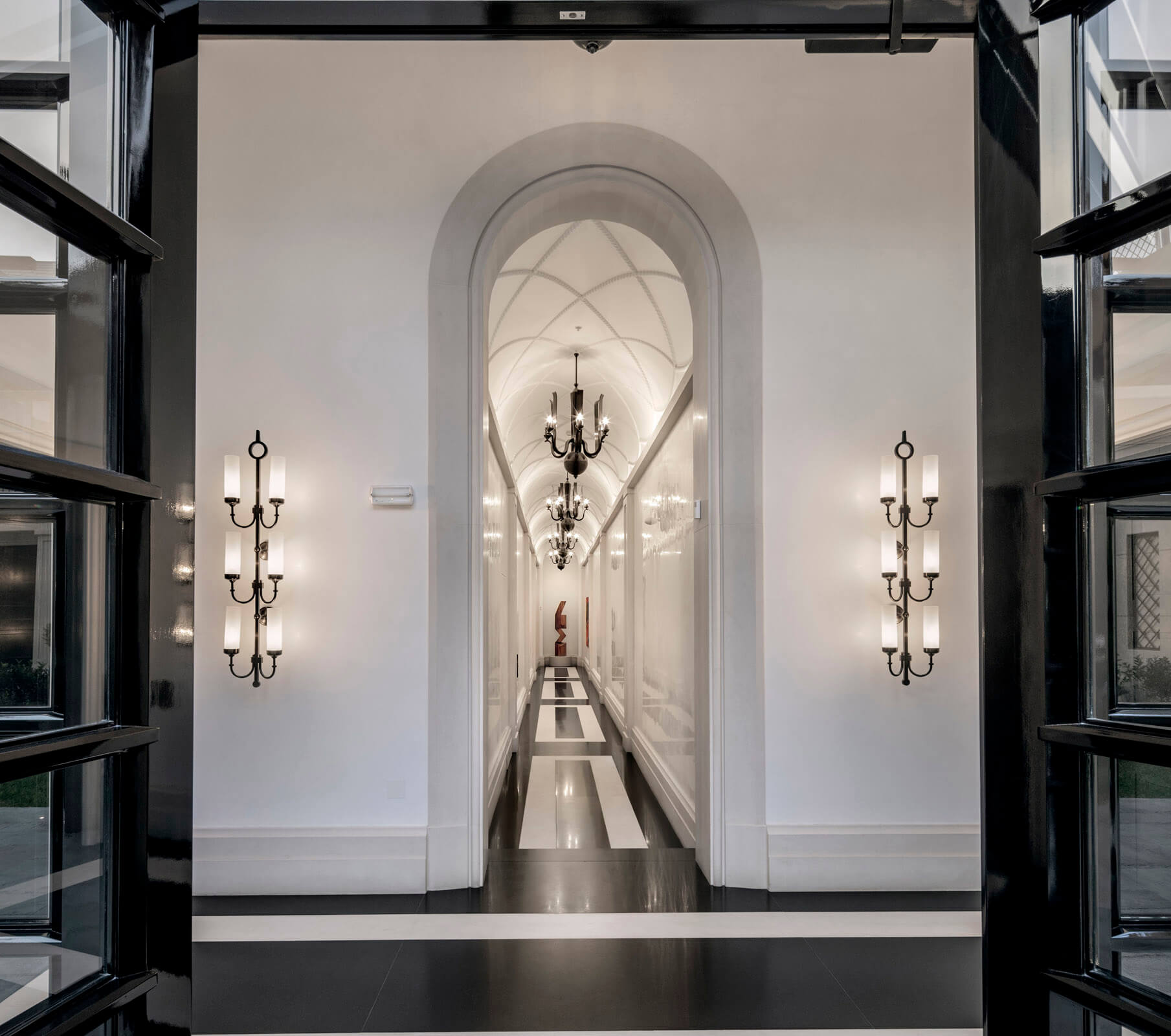 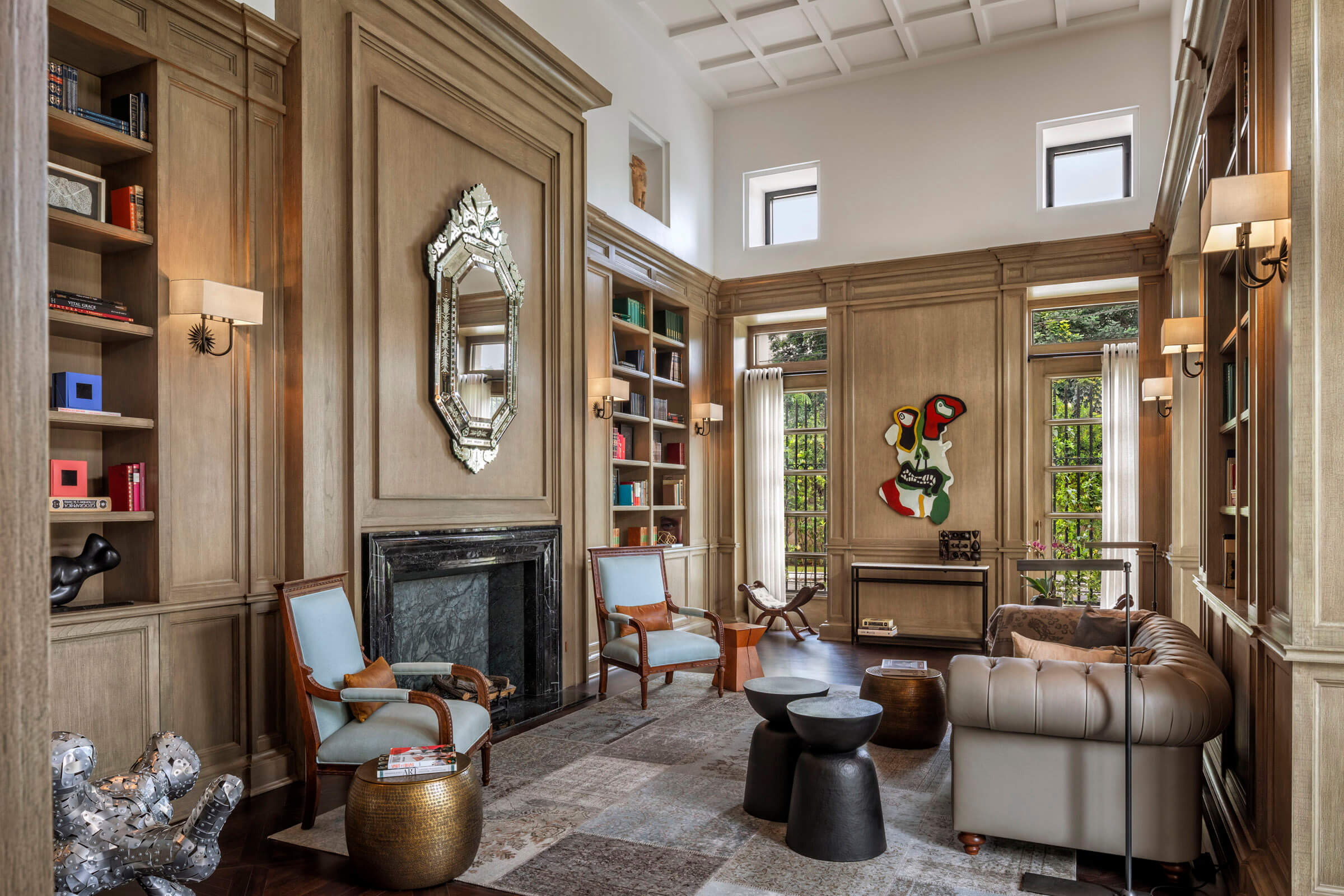 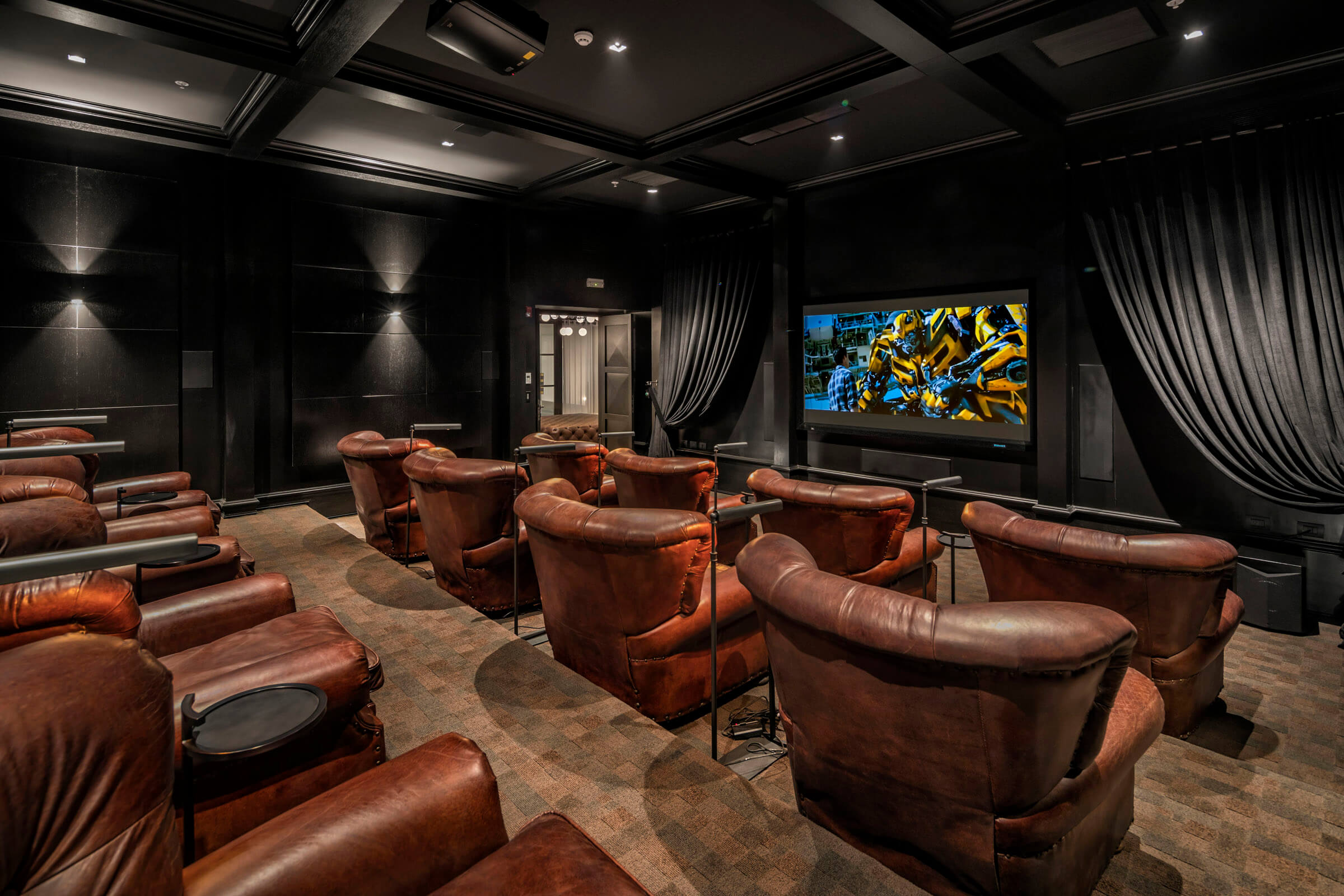 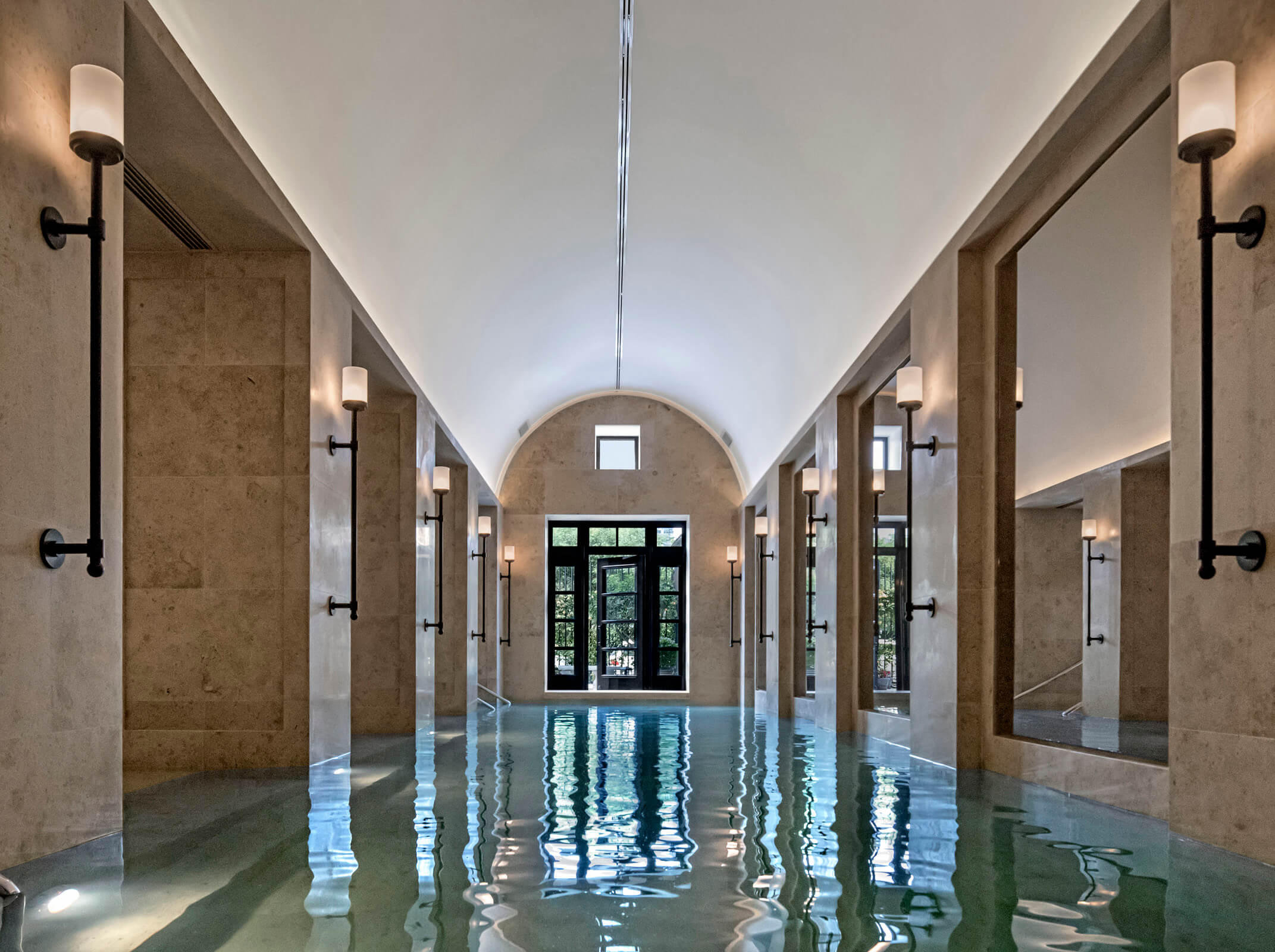 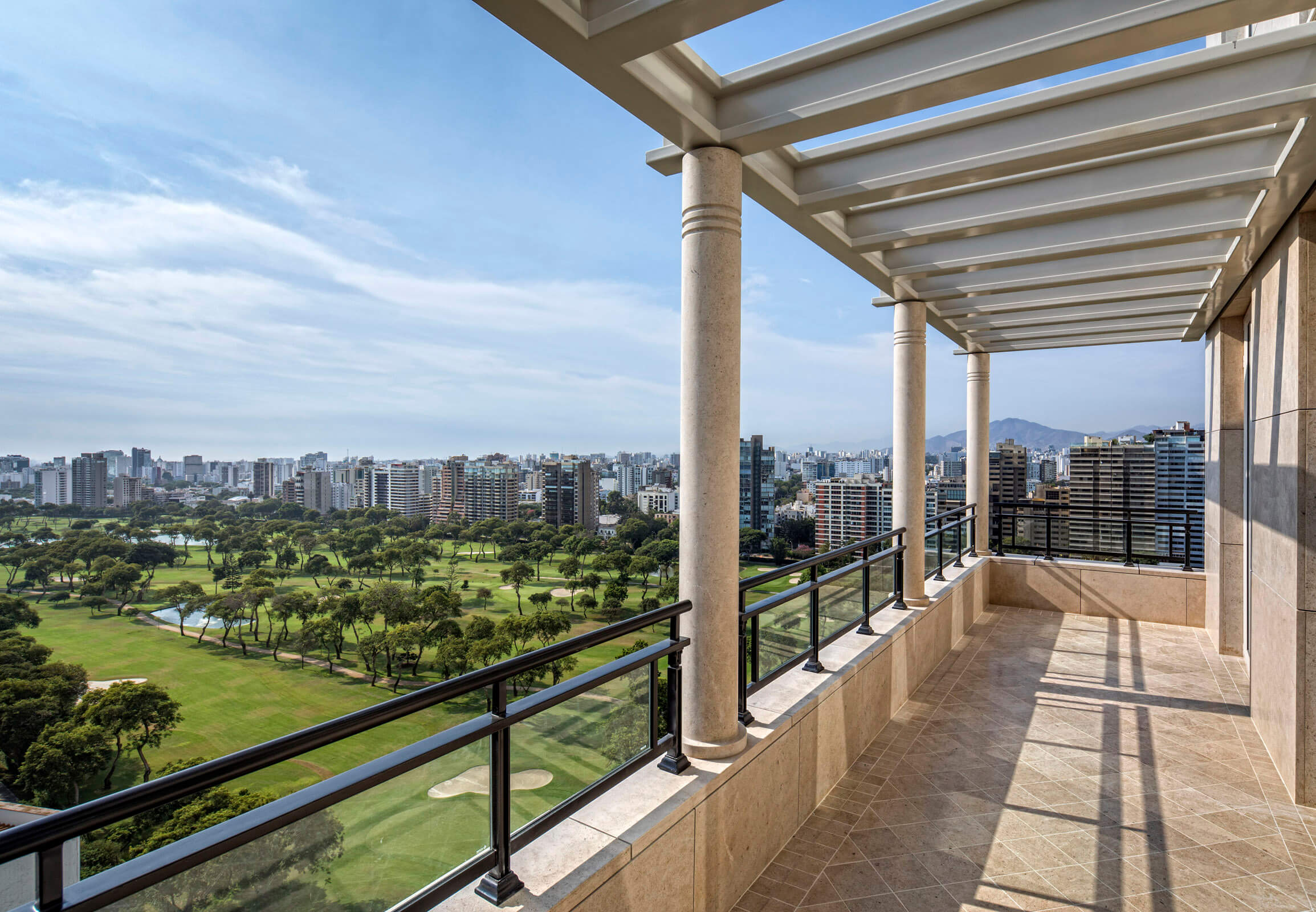 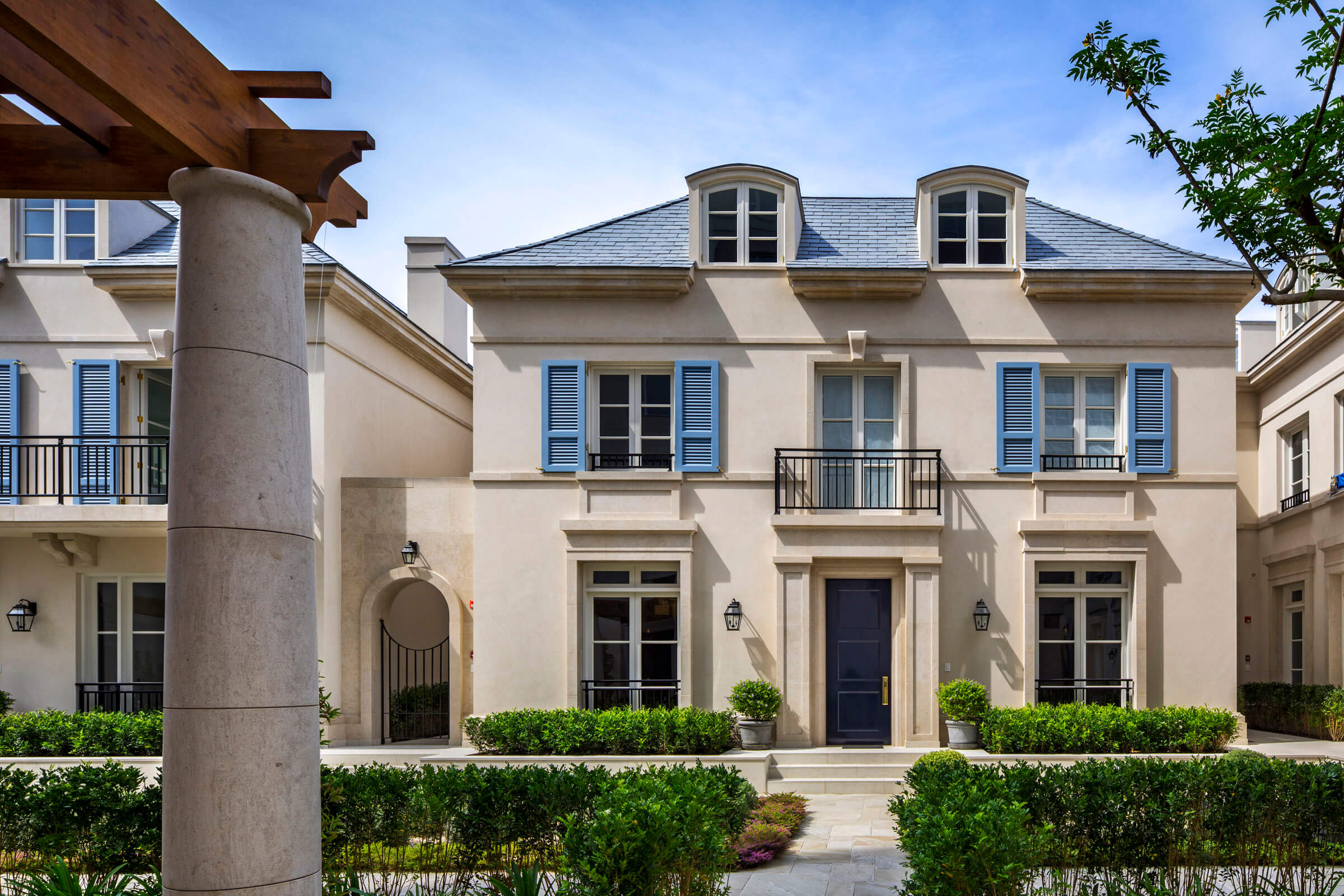