520 Park Avenue provides 34 apartments—29 floor-through simplexes, four duplexes, and one triplex—in a 54-story tower. The massing and detailing of the three-story base complements and respects its neighbors, the Grolier Club (Bertram Goodhue, 1917) and Christ Church (Cram & Ferguson, 1931), while the campanile-like tower, set fifteen feet back from the entrance, joins the other slender towers—such as the Sherry-Netherland and the Pierre—at the southeast corner of Central Park. Crowned by four corner chimneys framing pilasters and aedicules with a copper-roofed limestone pavilion at the 48th-floor terrace, 520 Park Avenue is a striking addition to the New York City skyline.

Following in the footsteps of 15 Central Park West, our previous collaboration with Zeckendorf Development, 520 Park Avenue is entirely clad in limestone. The oriel windows on the south, east, and north facades emphasize the verticality of the tower, while changes in the fenestration patterns subtly break down the building’s height and express the different apartment plans. Each facade of the building is further articulated with stone detailing evocative of the great New York apartment buildings of the 1920s and 1930s. Each of the seven residences above the 39th floor feature generous balconies overlooking preserved views over the Upper East Side Historic District.

The building’s entrance, a double-height arched doorway with a suspended bronze canopy, leads into a vestibule and coffered lobby with an imposing limestone fireplace. Beyond the lobby is a groin-vaulted salon with fireplaces at each end. This sequence of rooms creates a view through the building to the garden, which features double-tiered plantings surmounted by a trellis and three granite fountains on the rear wall. Three large glass oculi set into the garden paving bring light into the double-height vaulted pool in the two-story health club below.

The two elevators off the lobby open directly into the full-floor apartments, which are designed for families and range from three-bedroom simplexes to six-bedroom duplexes, with an eight-bedroom triplex penthouse occupying the 52nd through 54th floors. Large-scale windows bring ample natural light into all the rooms and provide spectacular views of Central Park and the city's skyline. 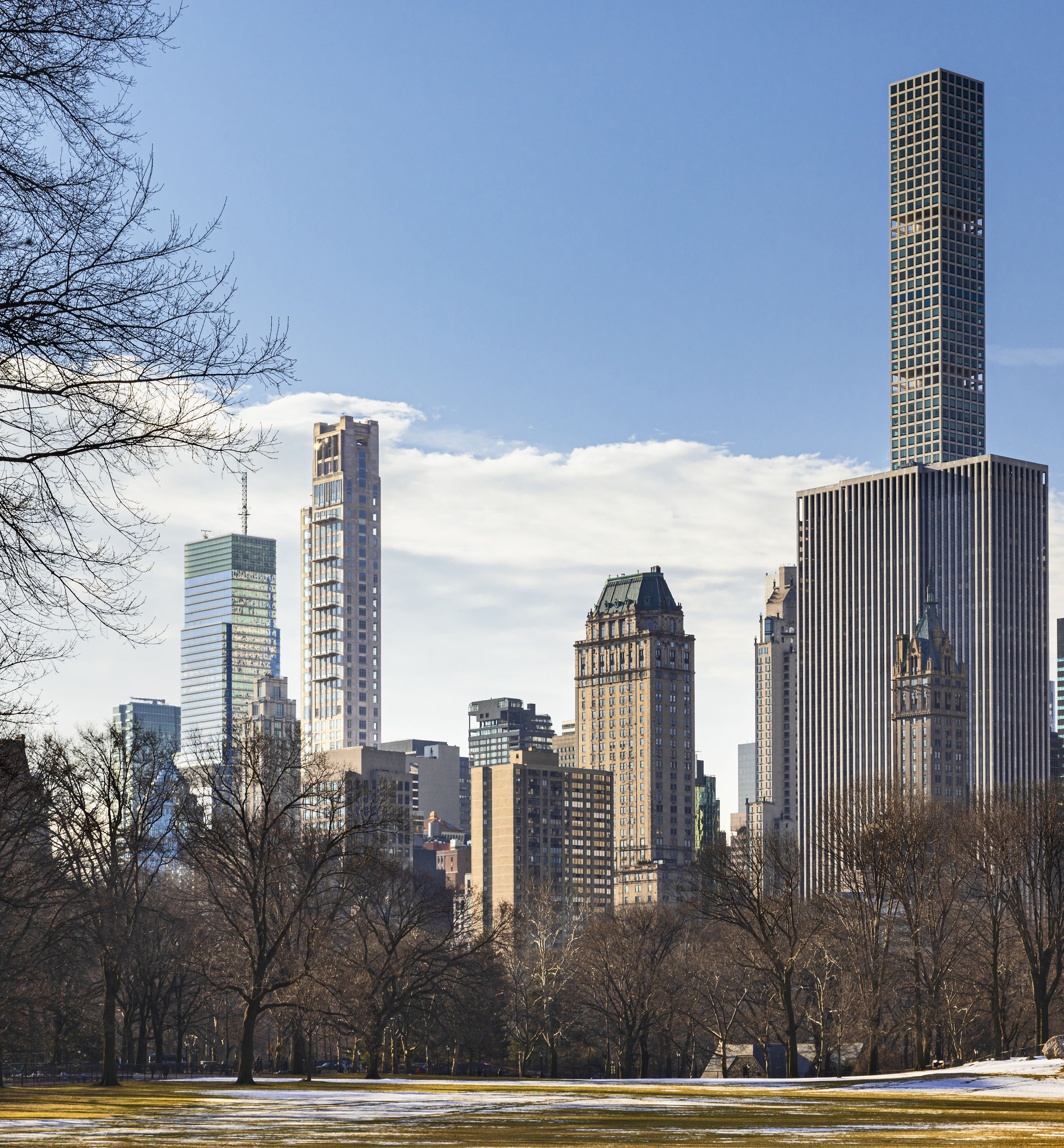 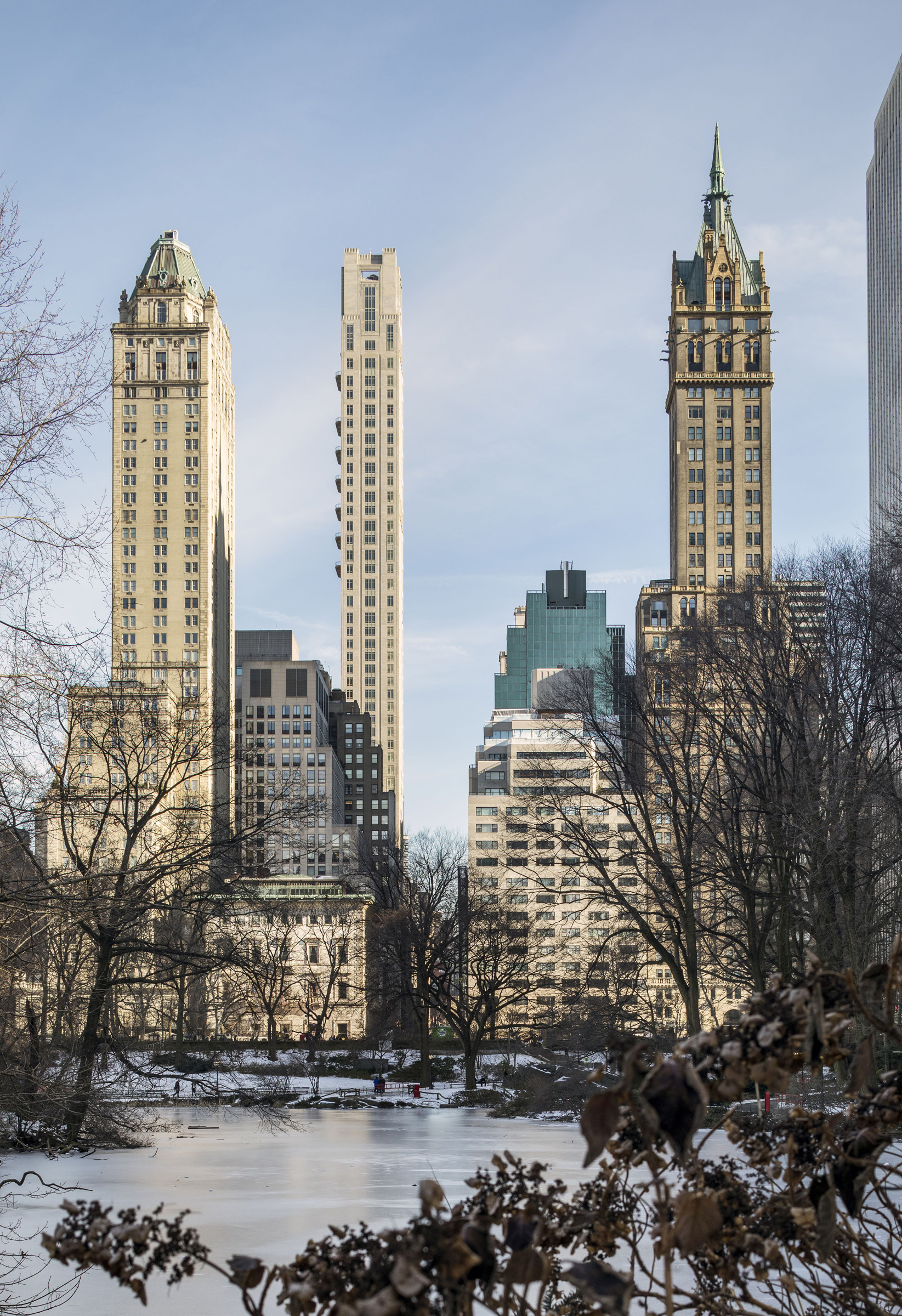 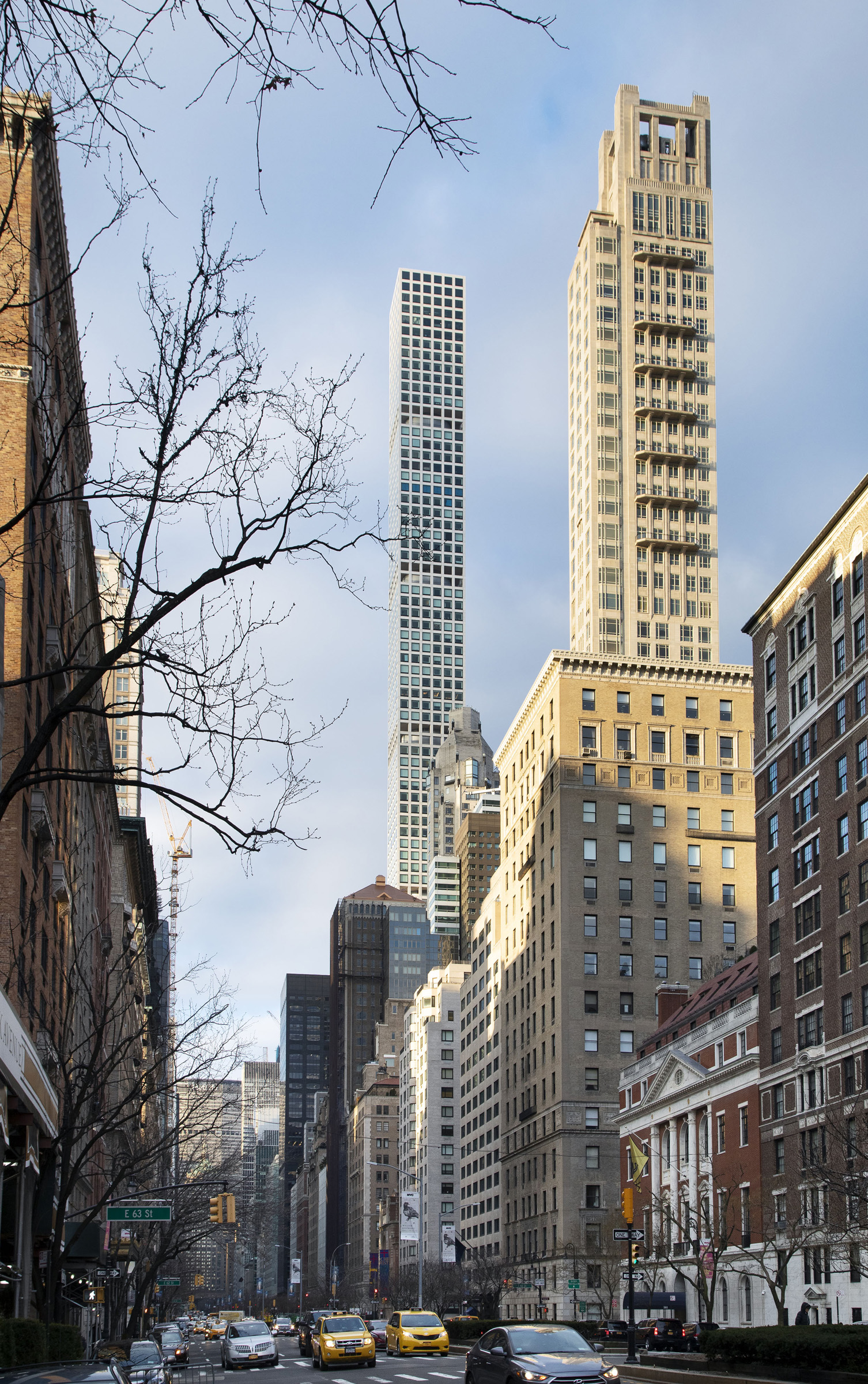 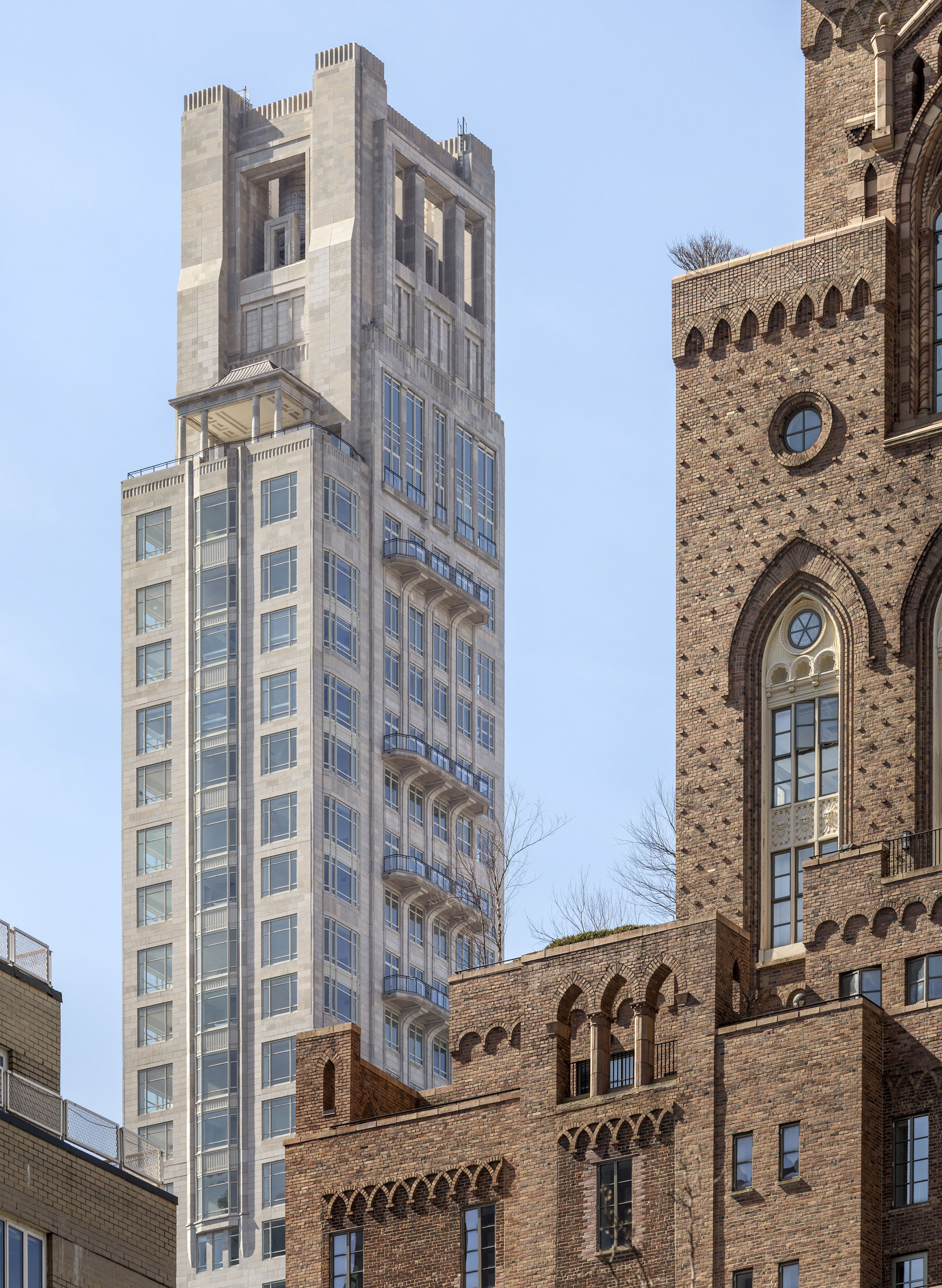 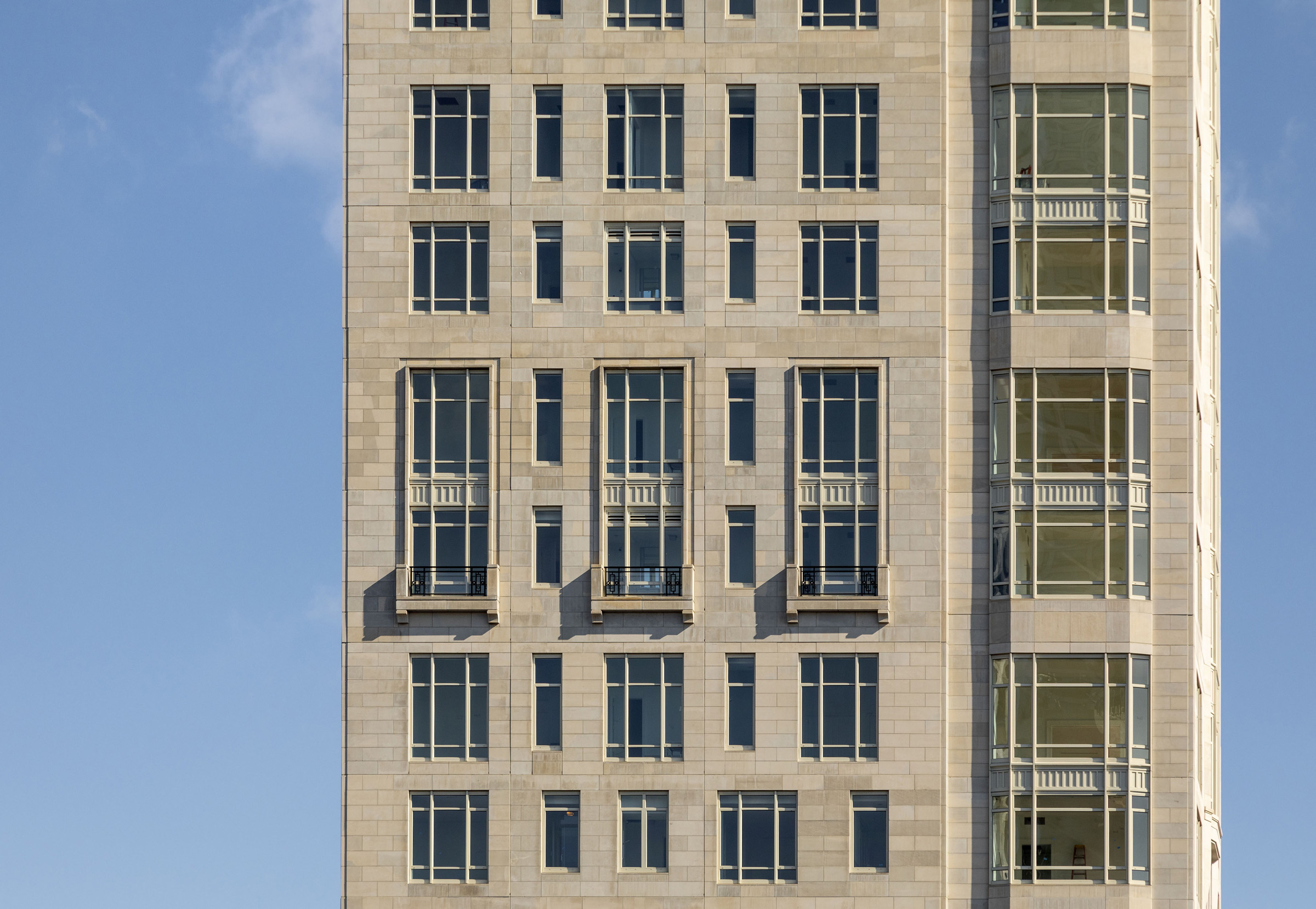 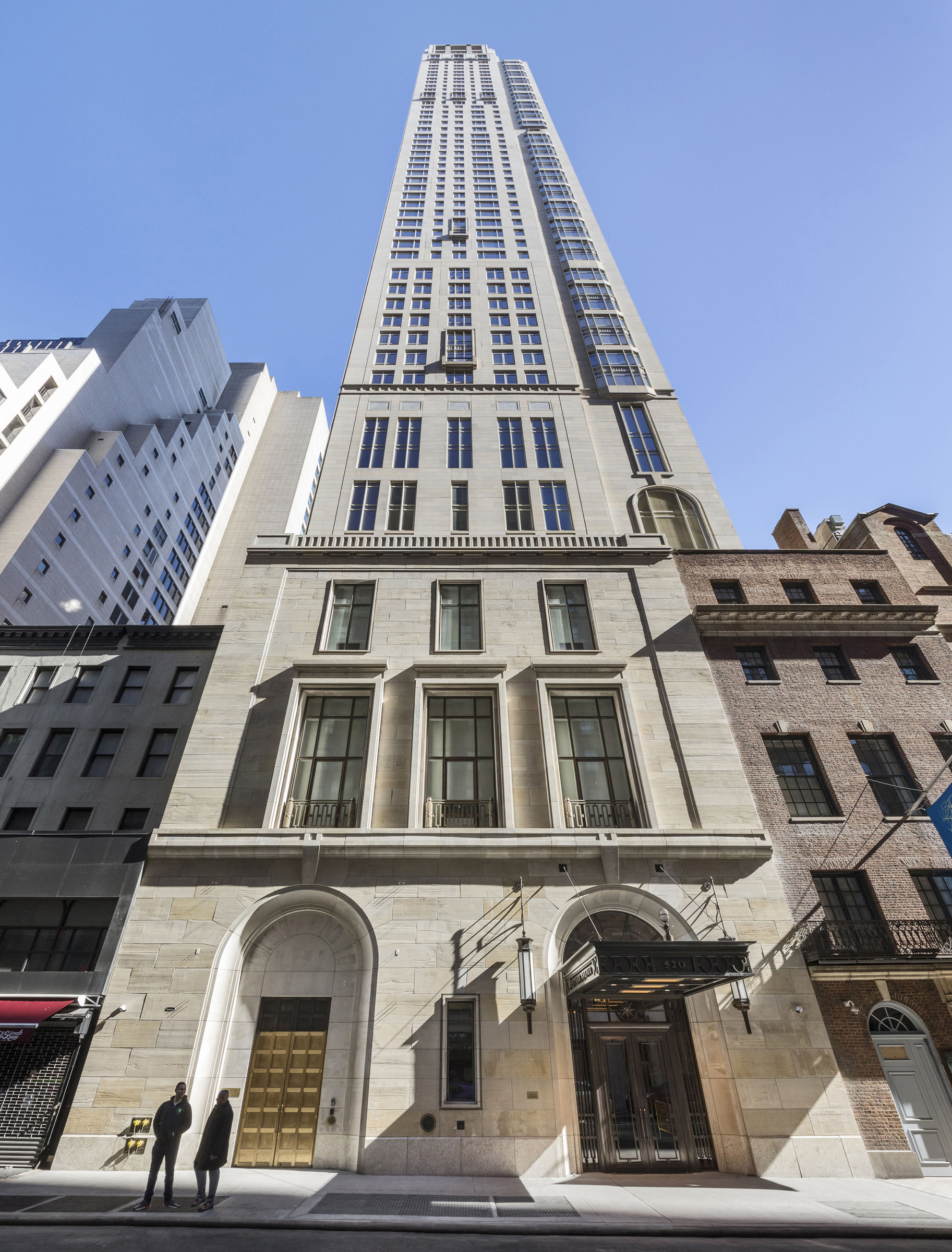 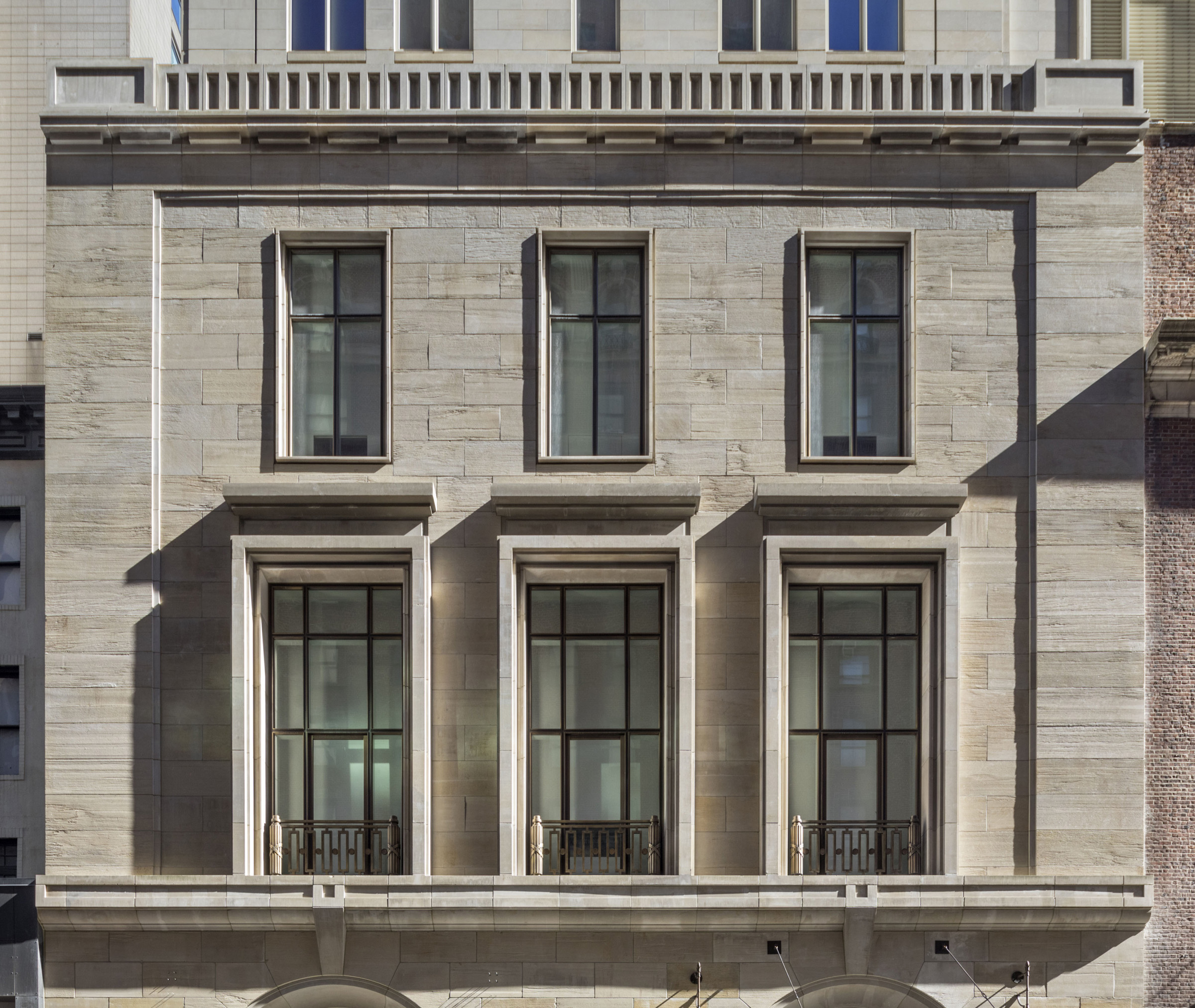 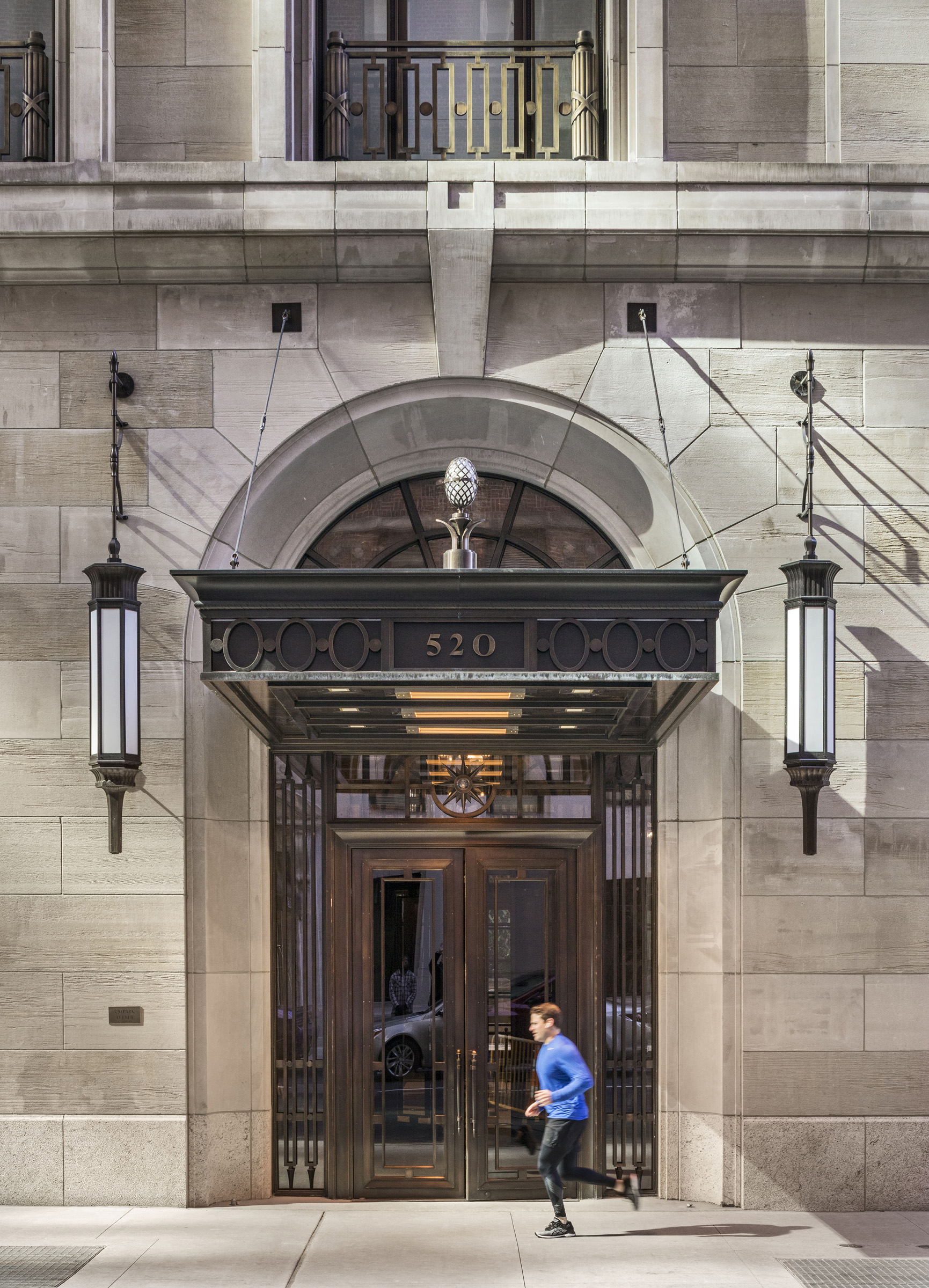 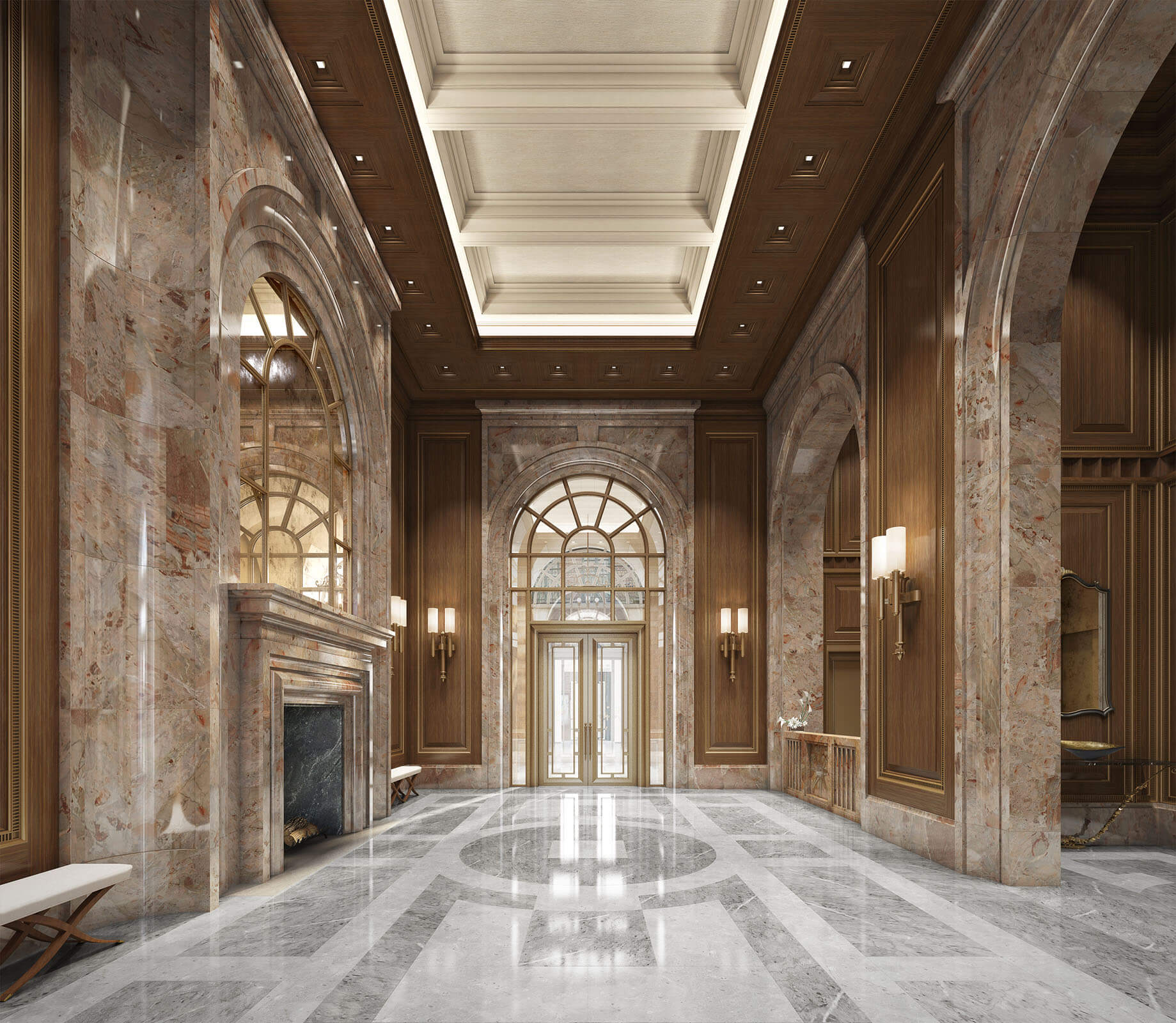 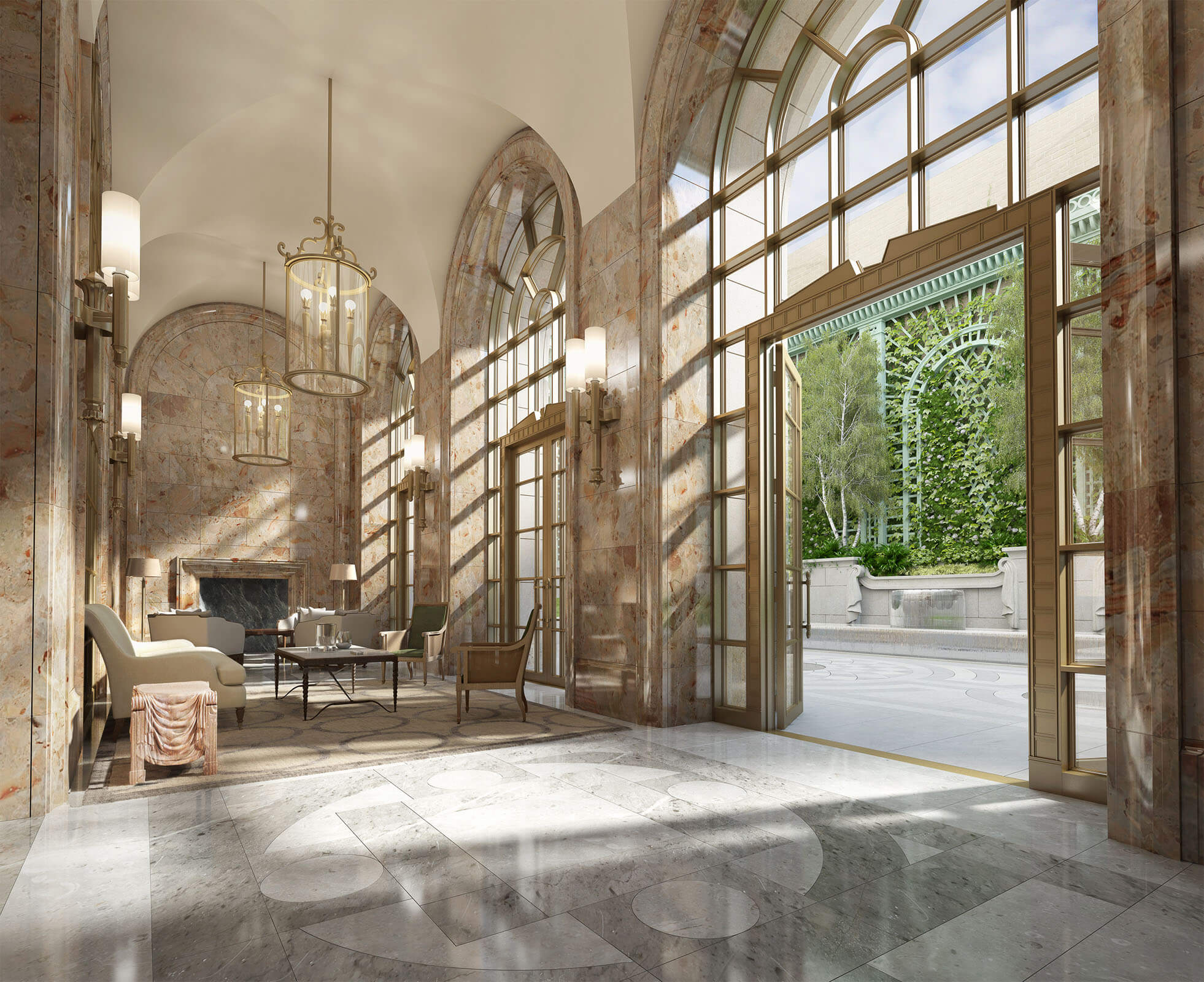 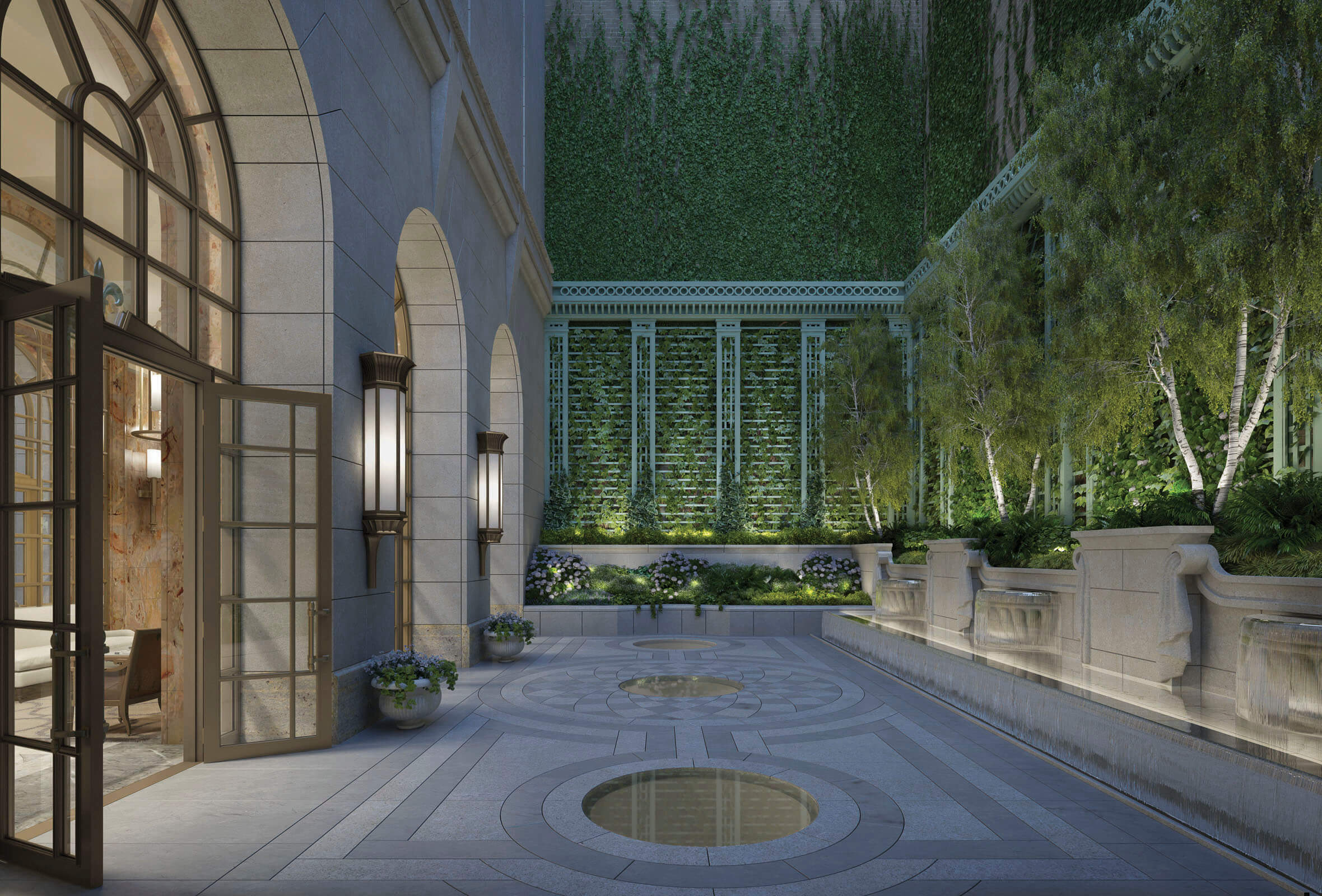 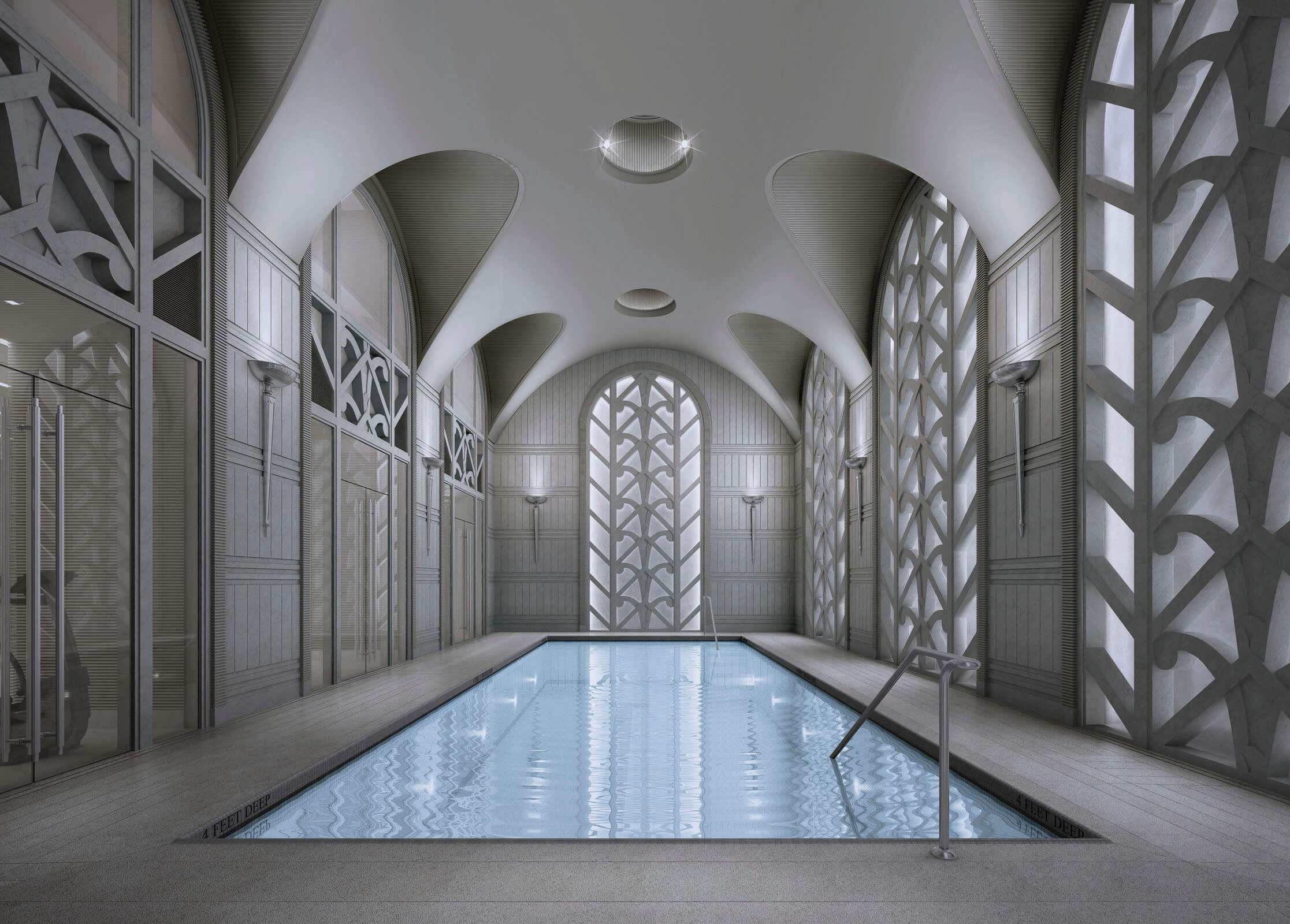 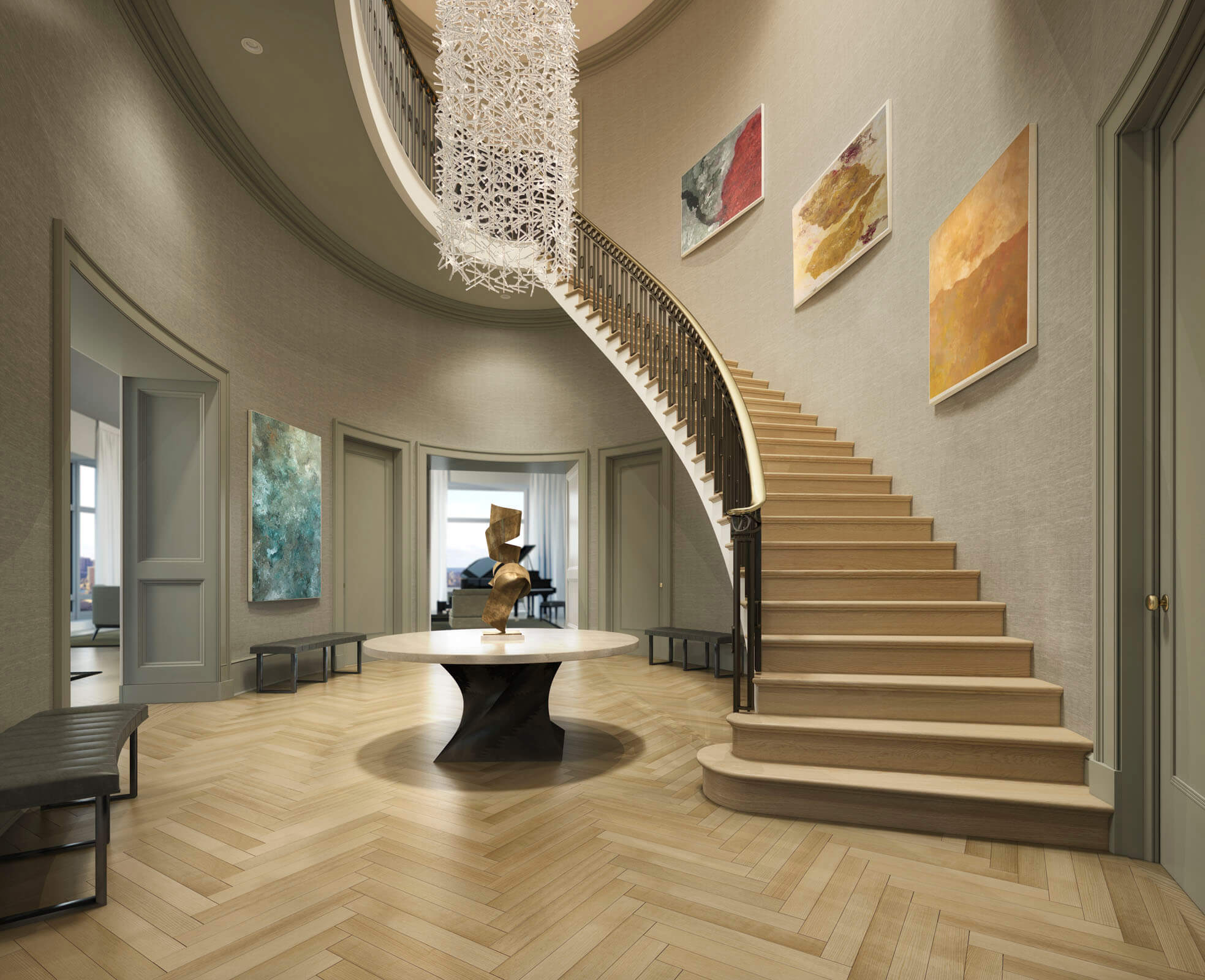 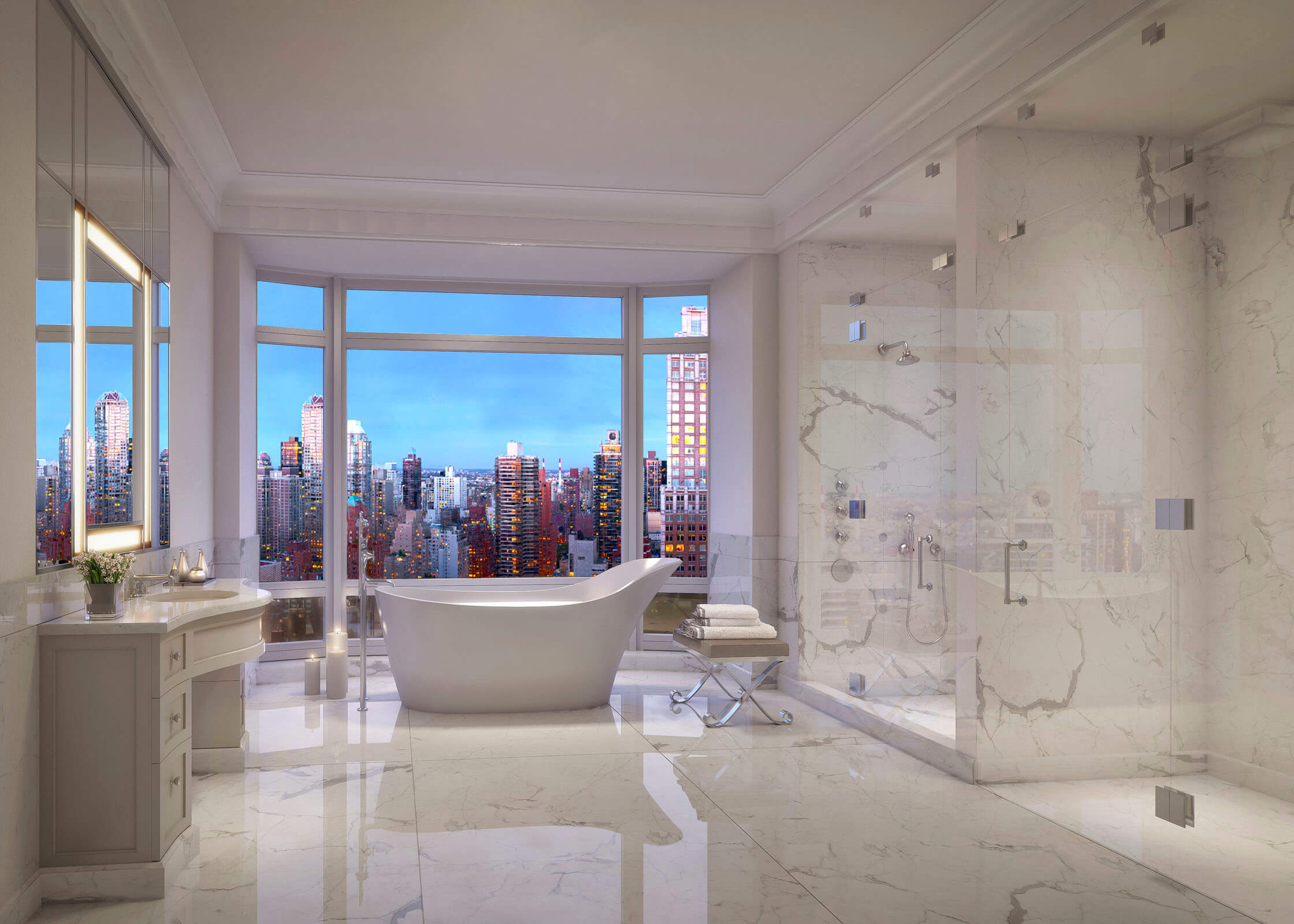 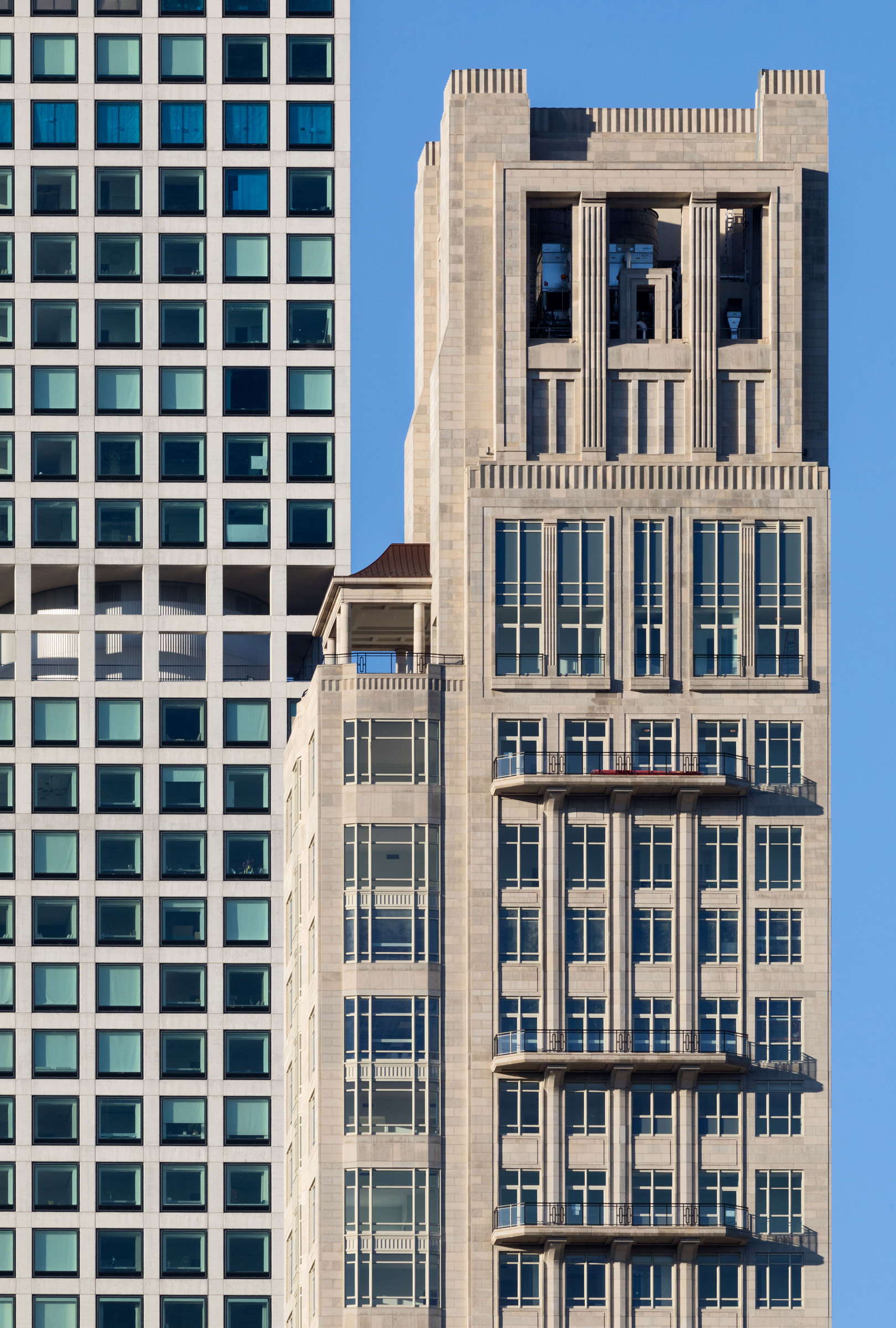