The Robin Hood Foundation's new Excellence Charter School in the Bedford-Stuyvesant section of Brooklyn restores and adds to James W. Naughton's 1880 gauged red brick and brownstone Public School 70, reviving a significant neighborhood institution. Abandoned in 1990 after a major fire, the building was exposed to the elements for approximately thirteen years. The design retains and restores the building's symmetrical pavilionated Patchen Avenue facade and portions of original facade running east from Patchen Avenue along Macon and MacDonough Streets and the original classrooms behind them and a new wing was built to the east. The brick facades have been repointed and cleaned; brownstone trim and lintels have been patched with "Cathedral Stone" in-situ patching or replaced entirely where structurally required using cast stone to match the existing stonework. New aluminum windows were installed to match the proportions, mullion divisions, muntins, and brick mould profiles of the originals. An existing heavily damaged wrought-iron fence separating the facade from the adjacent sidewalks was replaced with a welded steel fence custom-designed to recall the original. The existing roof structure was replaced with a new mansard structure which matches the original and serves as a screen for up-to-date rooftop mechanical equipment. The existing rolled asphalt roof was replaced with Certainteed Grand Manor "Shangle" asphalt shingles to give the appearance of slate (slate roofing exceeded the budget). The new addition at the back of the building uses a similar palette of materials but is rendered in a more stylistically neutral way to give top billing to the historic school building.

Program elements essential to today's schools that were added to the existing school include eleven additional classrooms, a music classroom, a dance and fitness classroom, an art room, a science lab, a traditional library, shared office space for teachers on each floor, an ample cafeteria, a high school-sized gymnasium, and an auditorium to seat the entire school. An open-air rooftop playground was added atop these large program rooms.

The building's interior is restrained with wide corridors appointed with lasting durable materials – doors of golden oak; linoleum floors; walls with a datum of warm white brick-shaped ceramic tile topped by a continuous band of tack wall for student work, and crowned by a running graphic text band with inspirational quotations about education.

Classroom space extends into and enlivens corridors at each floor where book-nooks, comfortable carpeted reading areas illuminated by sky-lit and windowed light-wells and cozy oversized lampshade fixtures, were created by converting the old building's non-code-compliant stairwells.

A "club-like" library carved out of internal space is lined with built-in golden oak bookshelves and lit by borrowed natural light and a matrix of classic oversized shaded fixtures, providing a poised and scholarly gathering place for the school. 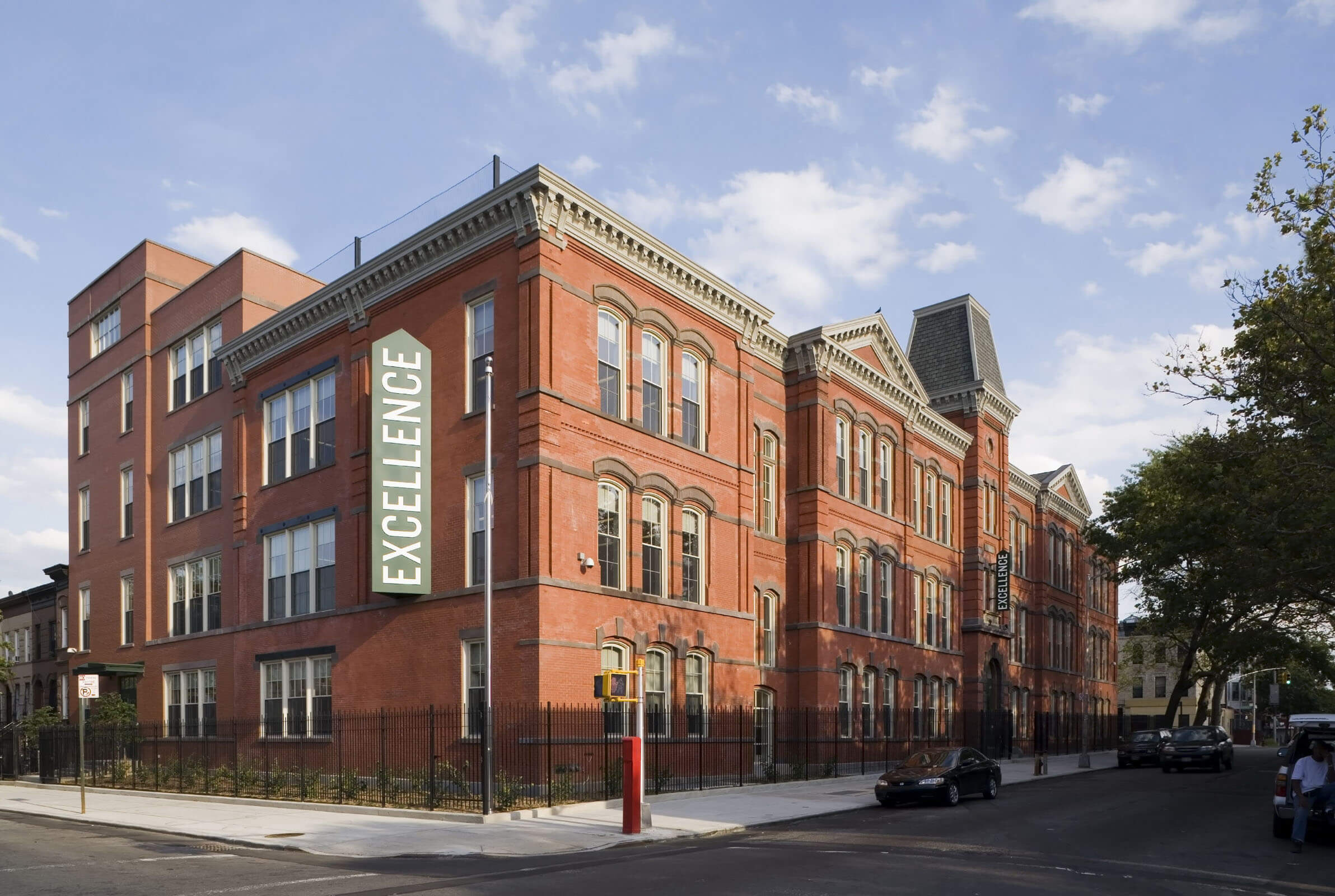 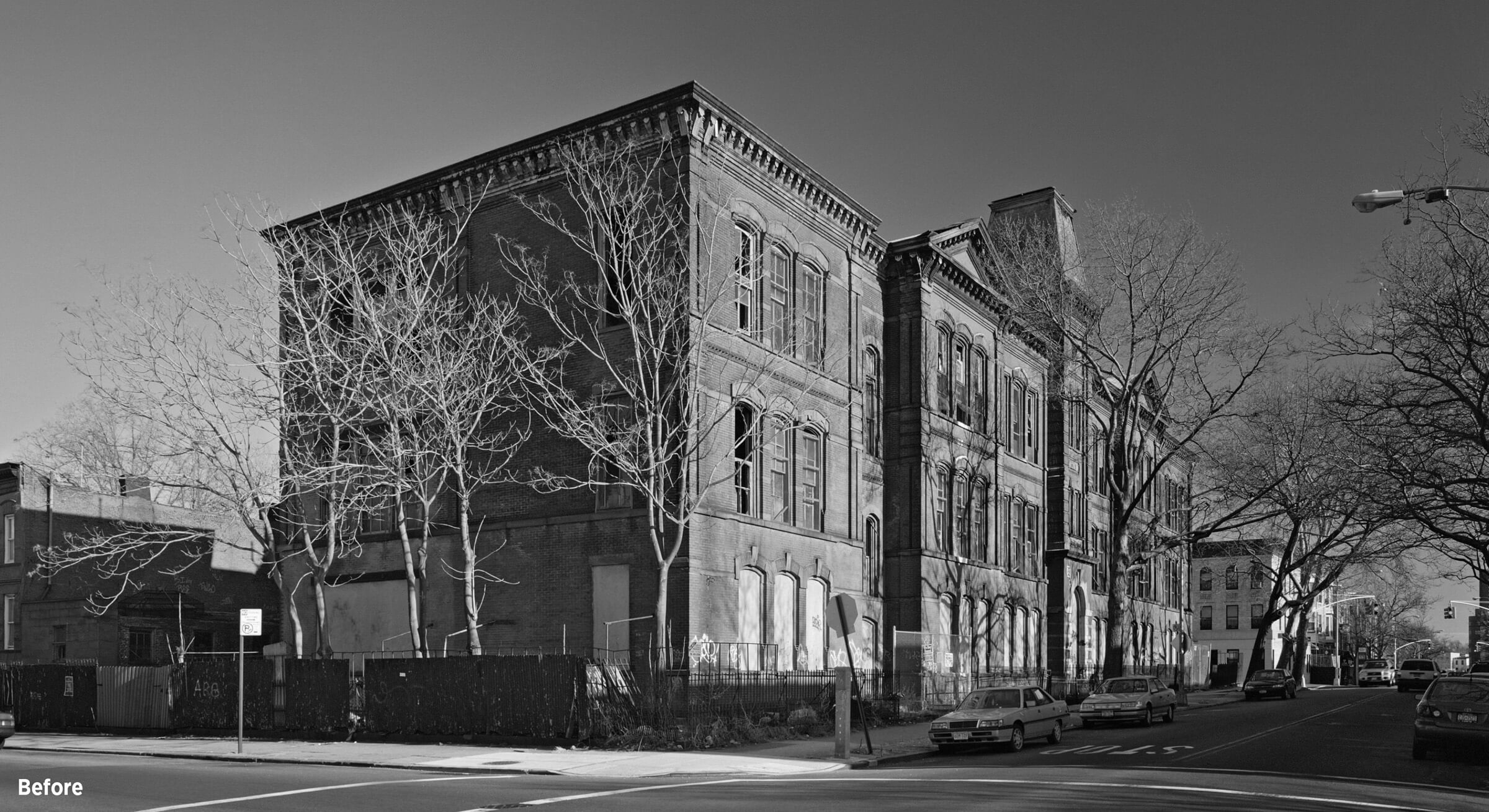 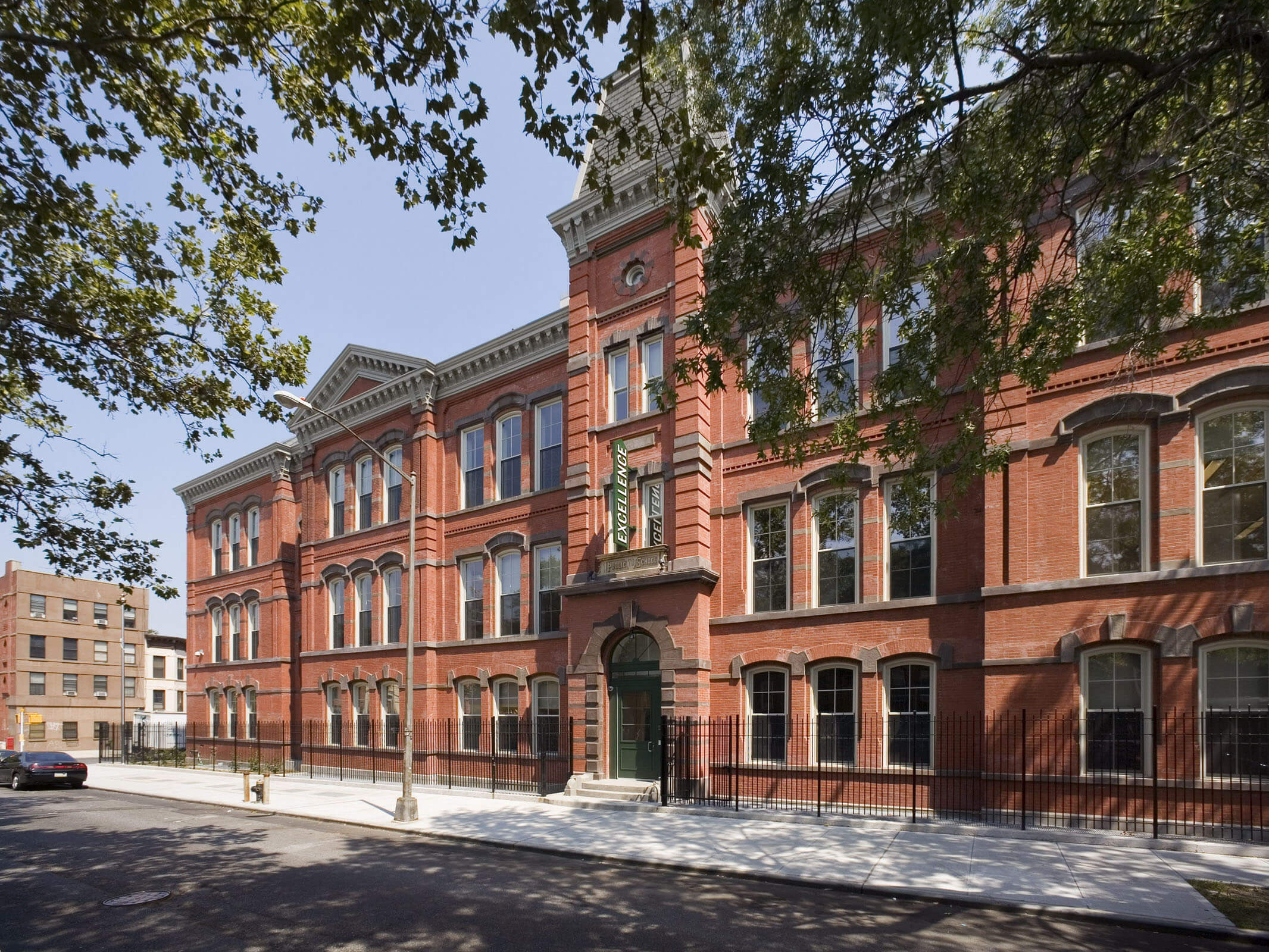 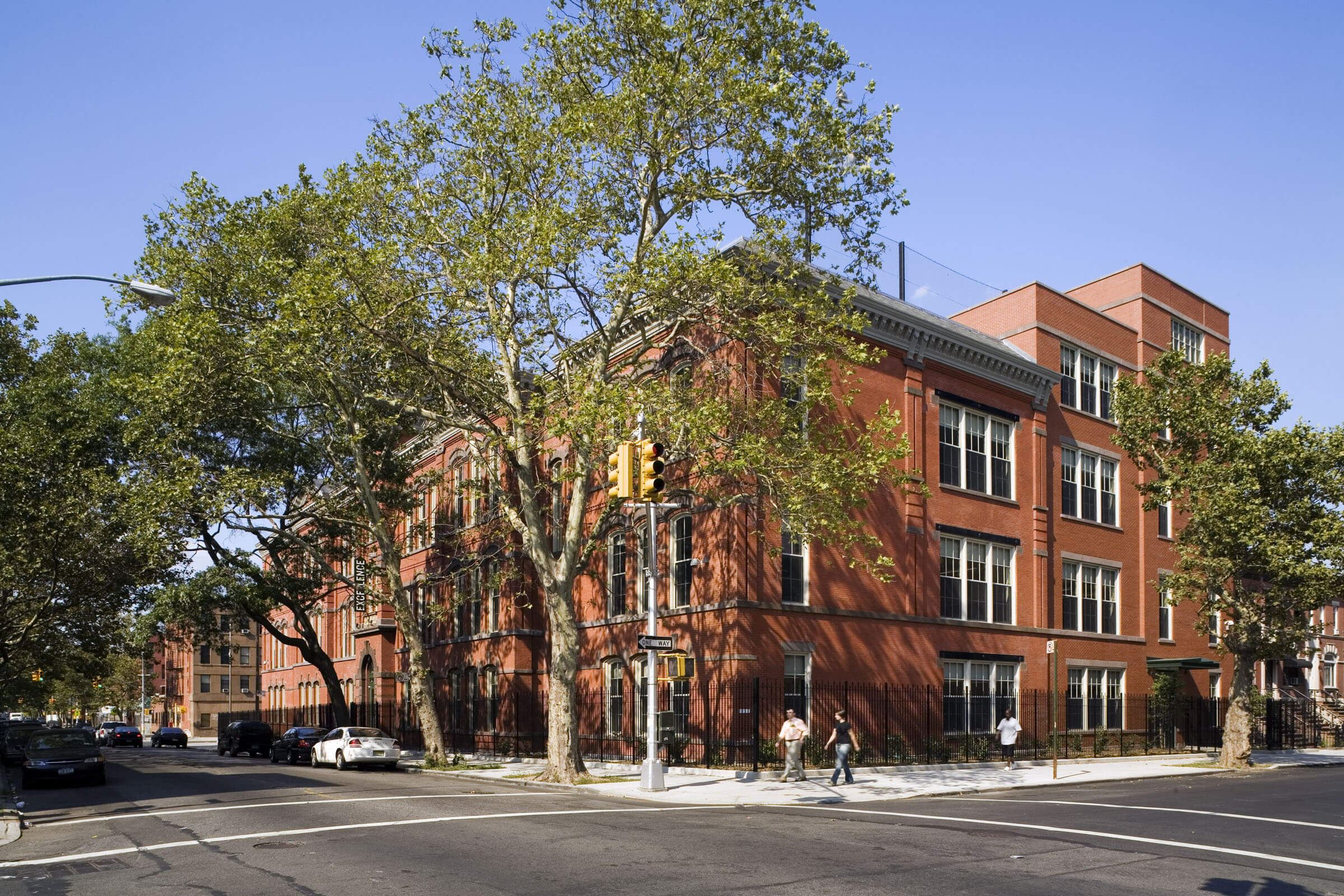 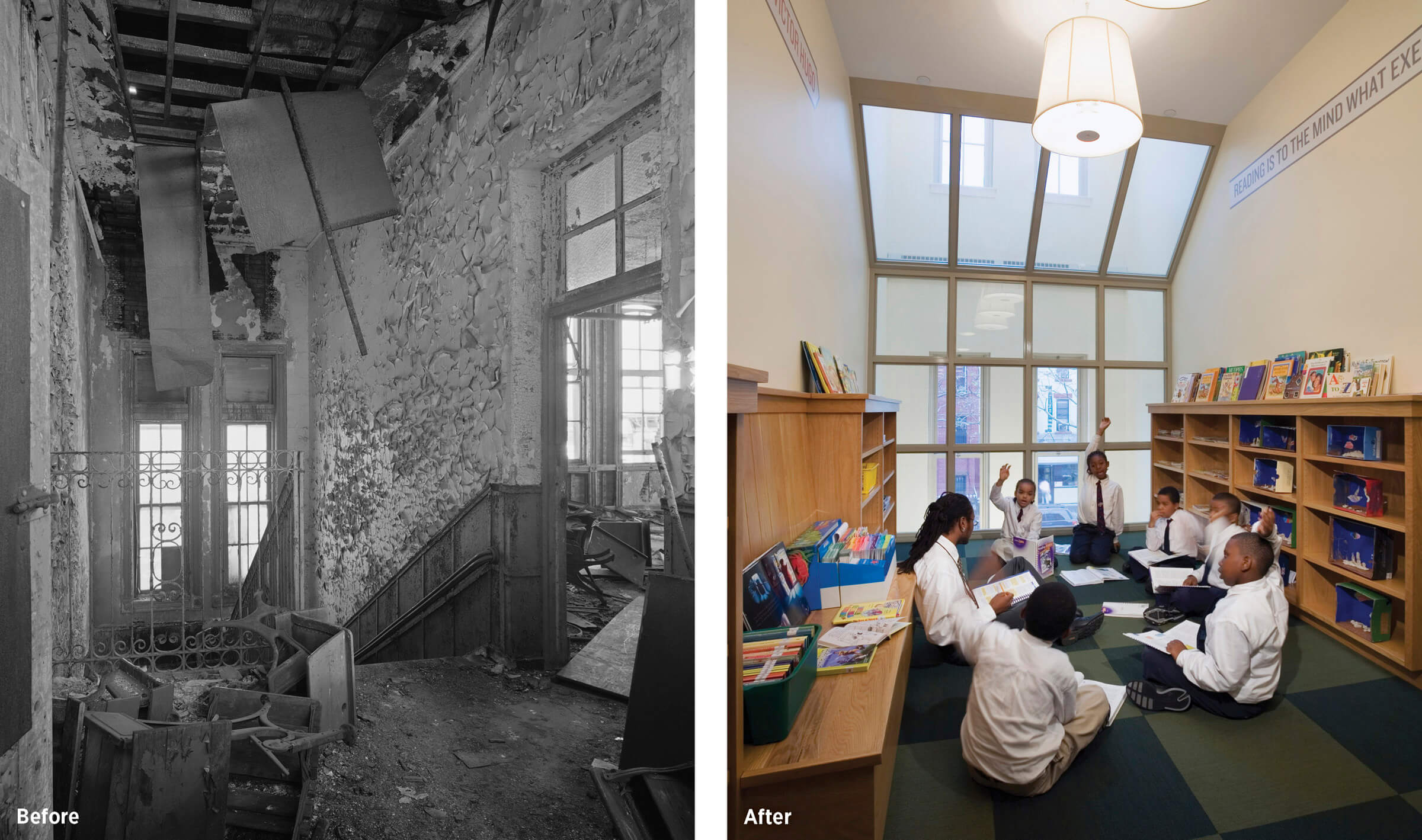 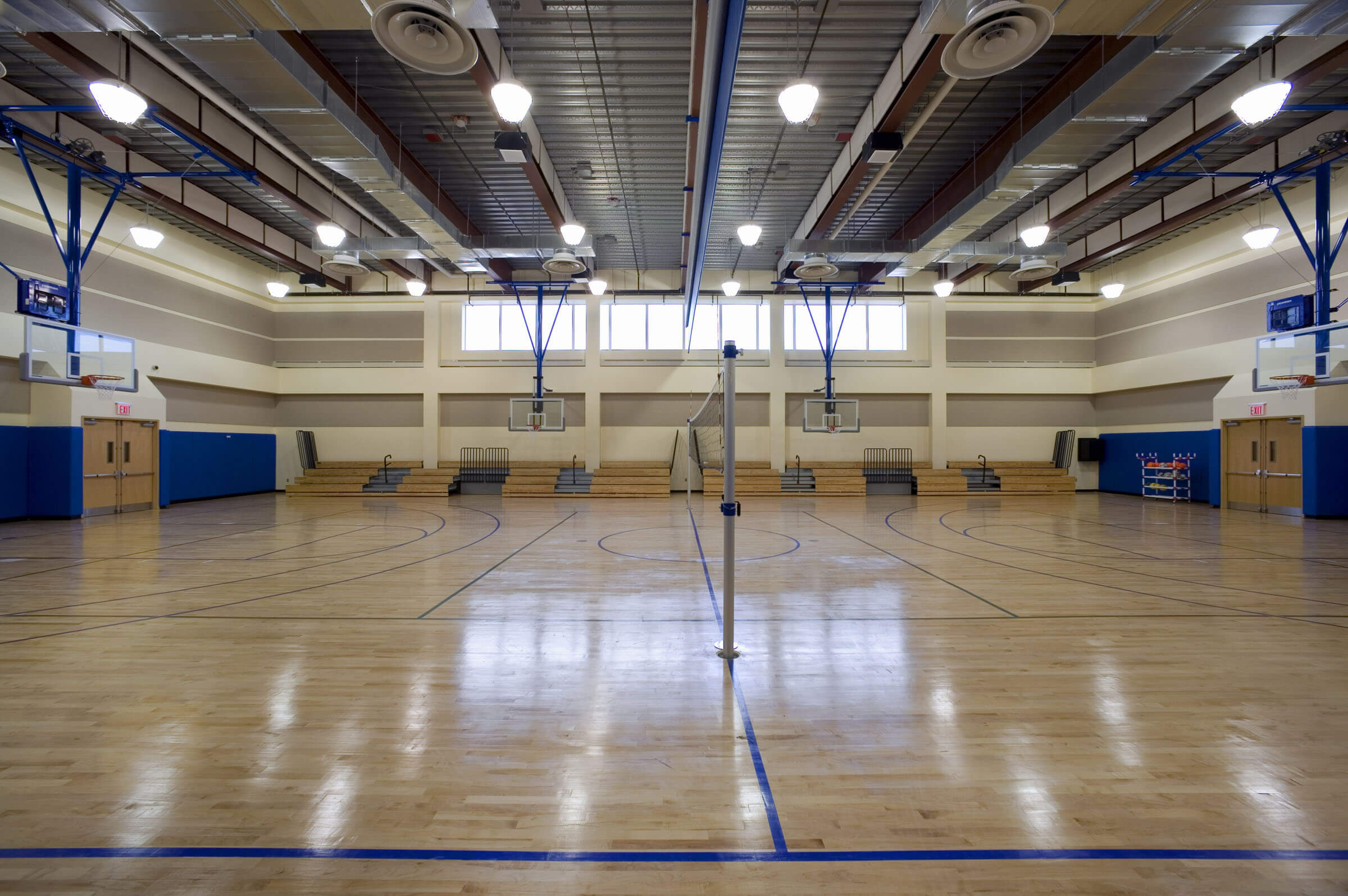 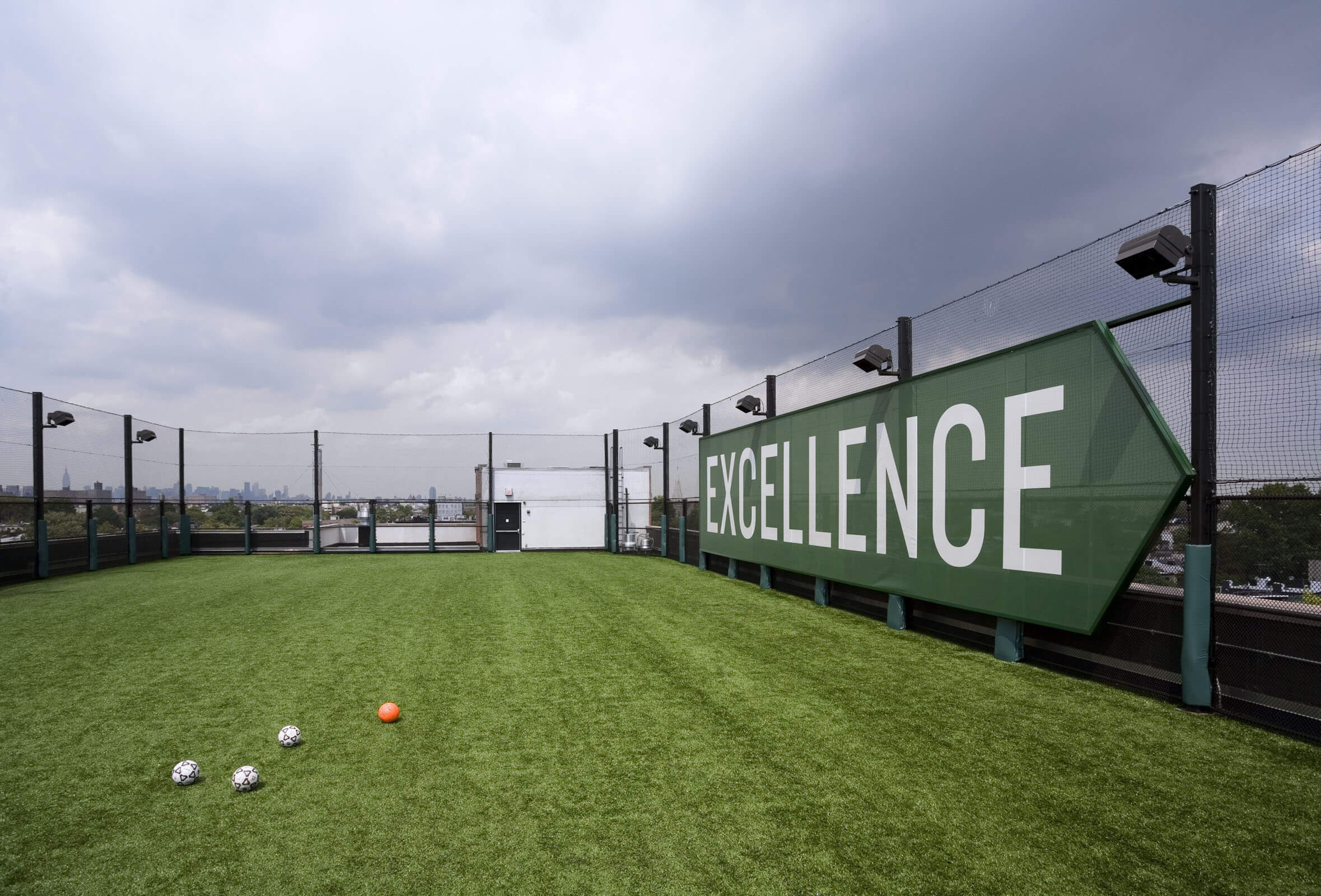 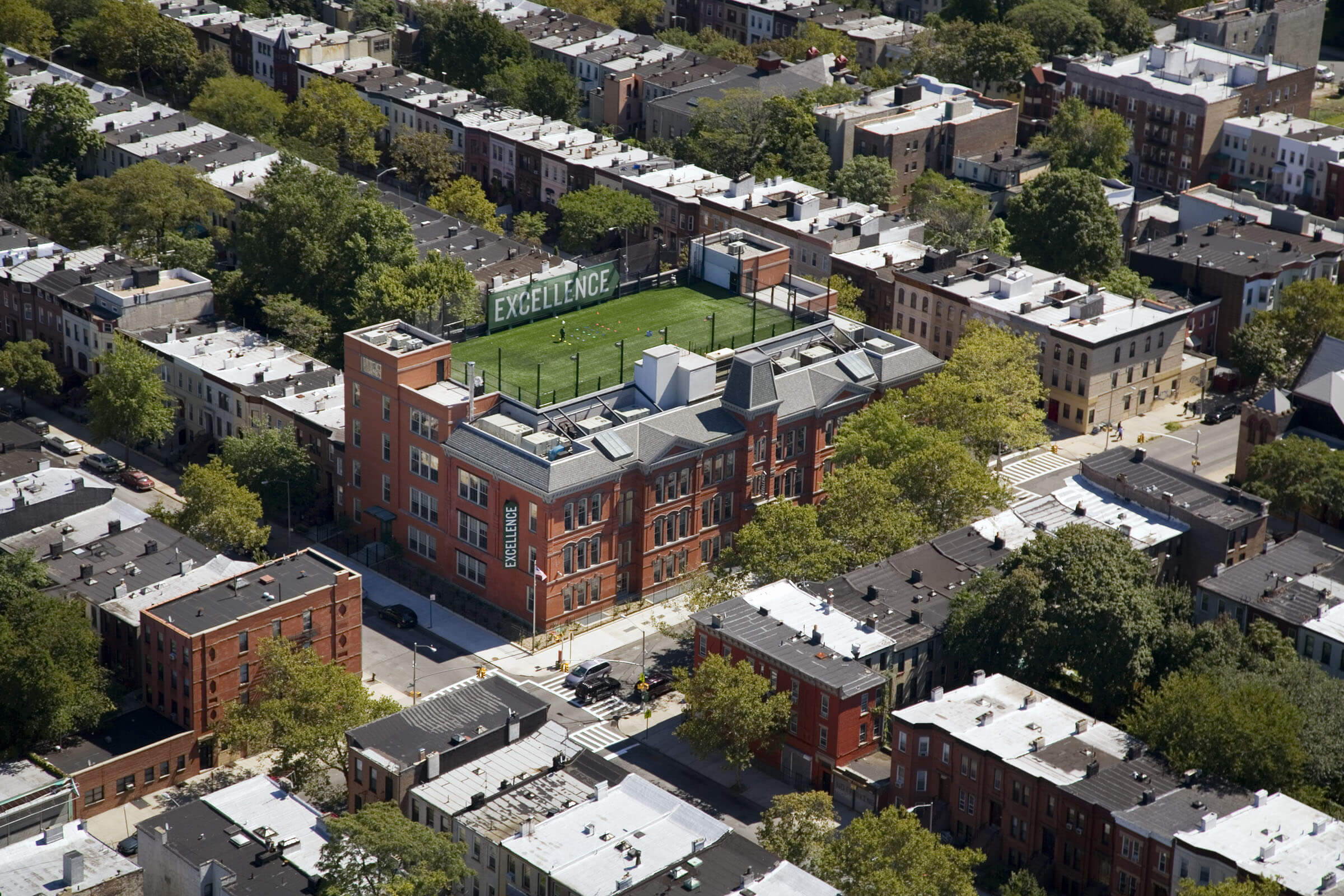