This 1,000-room hotel is organized as a complex of two-story buildings conceived in the image of a nineteenth-century American western town, but filtered through the lens of Hollywood. Unlike its prototype, which has a hotel as just one of the buildings along Main Street, the Hotel Cheyenne is the town itself. At the principal crossroads, where a street leads to the Hotel Santa Fe across the creek, there is a restaurant and check-in building.

While the streets of typical western towns ran in straight lines and opened to endless vistas of prairie and mountains, the streets of Hotel Cheyenne, like those of the "back-lot" western towns built by Hollywood studios, have vistas angled to screen out "backstage" areas from the cameramen and the actors who, in this case, are one and the same--the hotel guests. 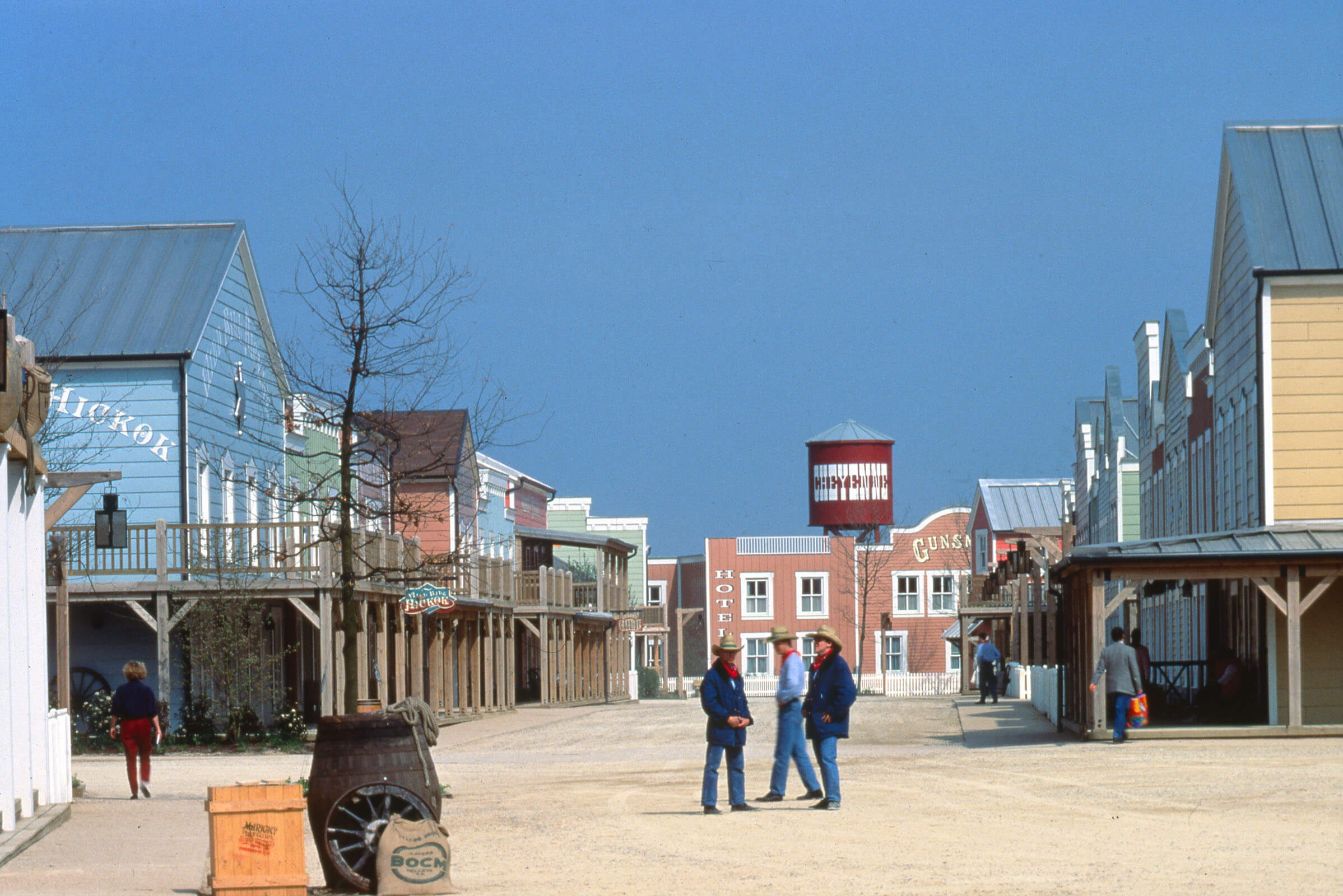 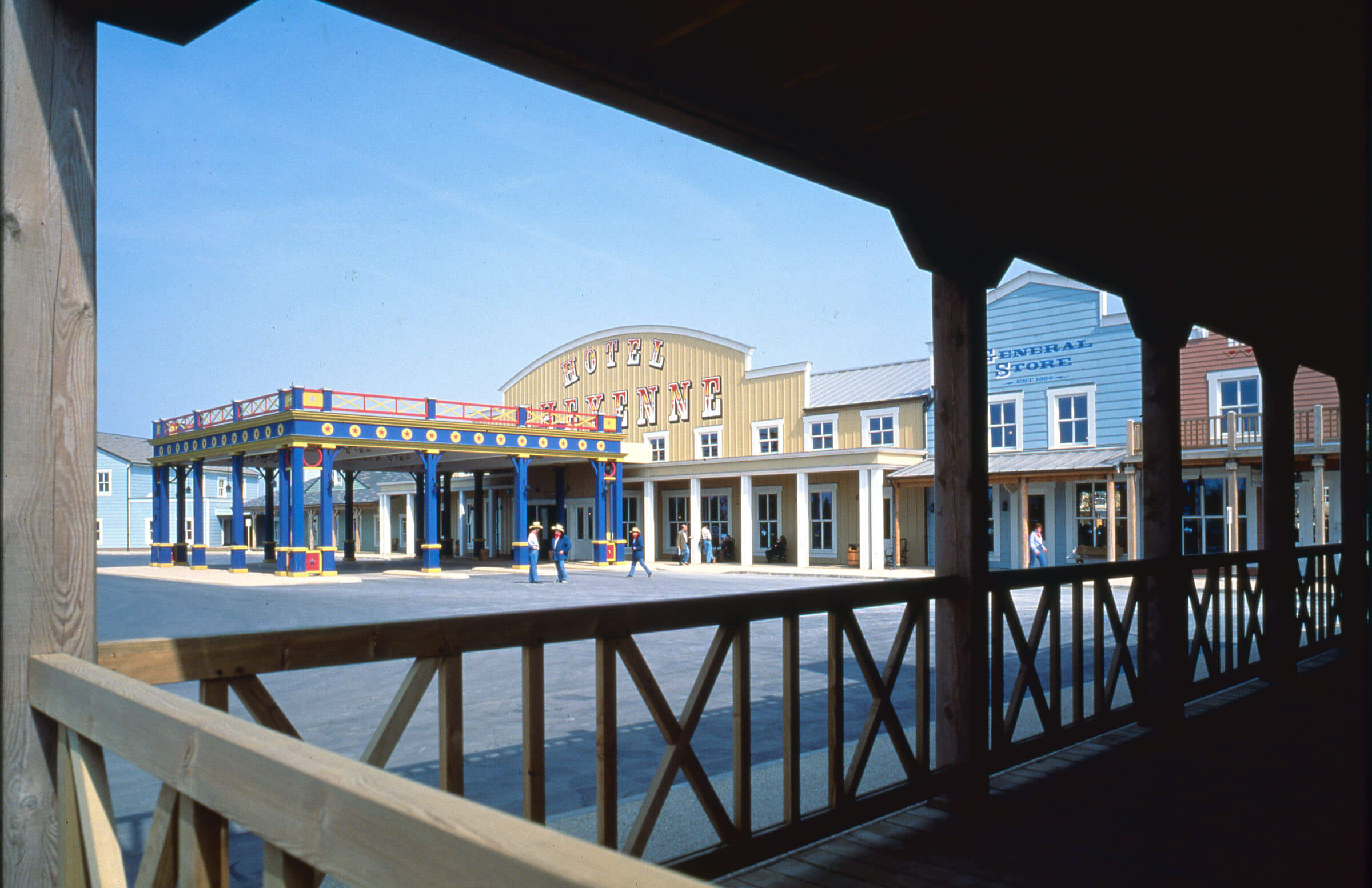 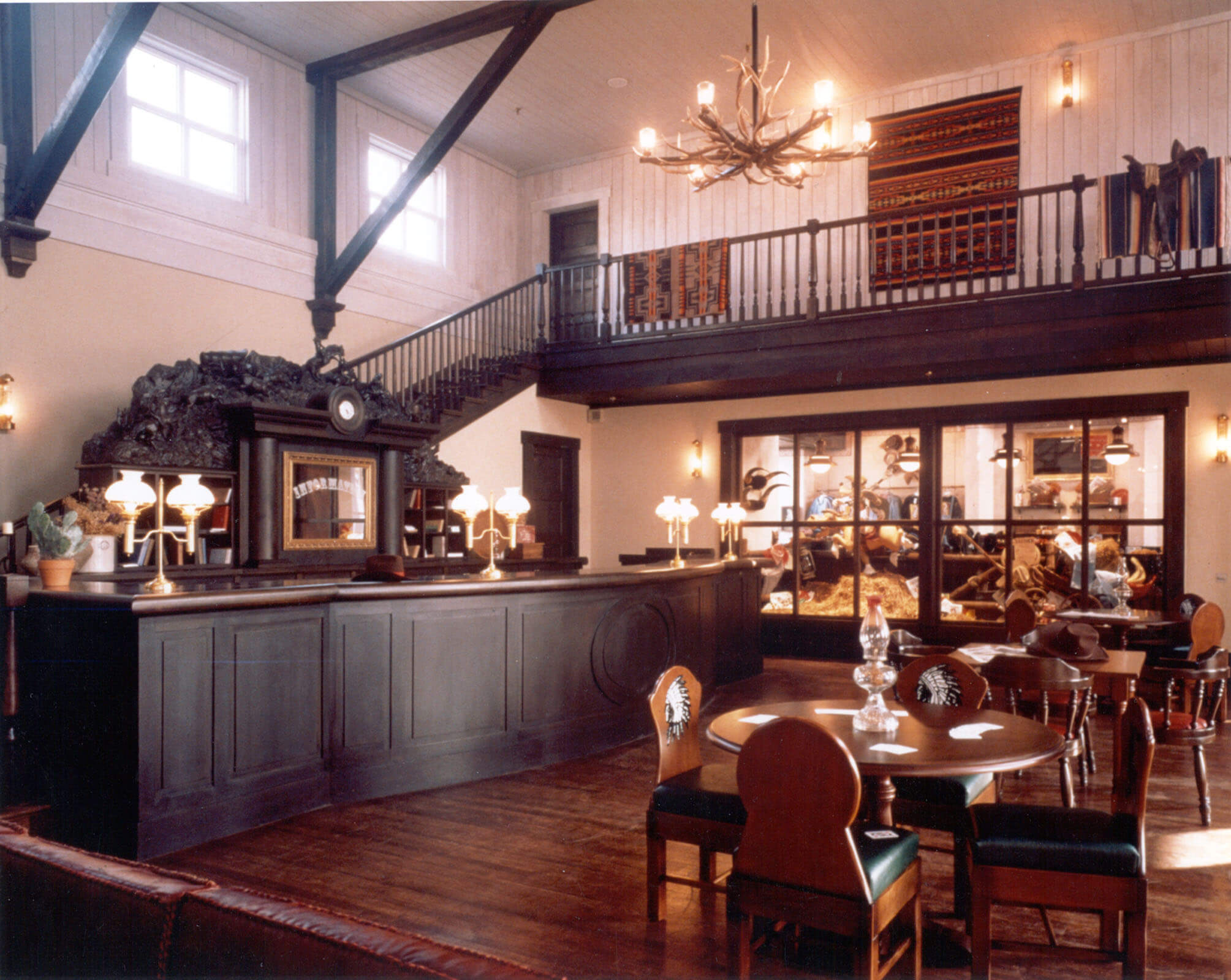 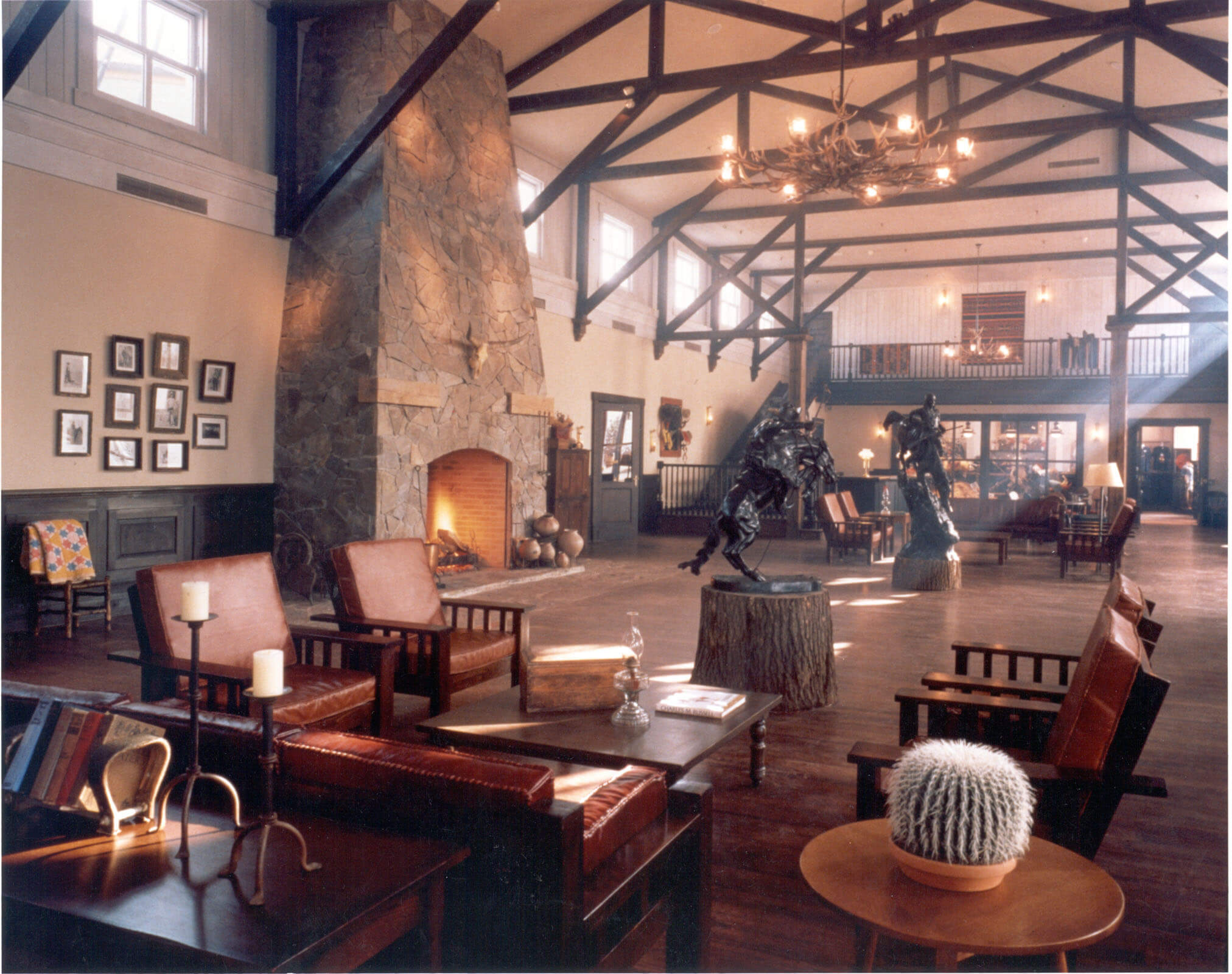 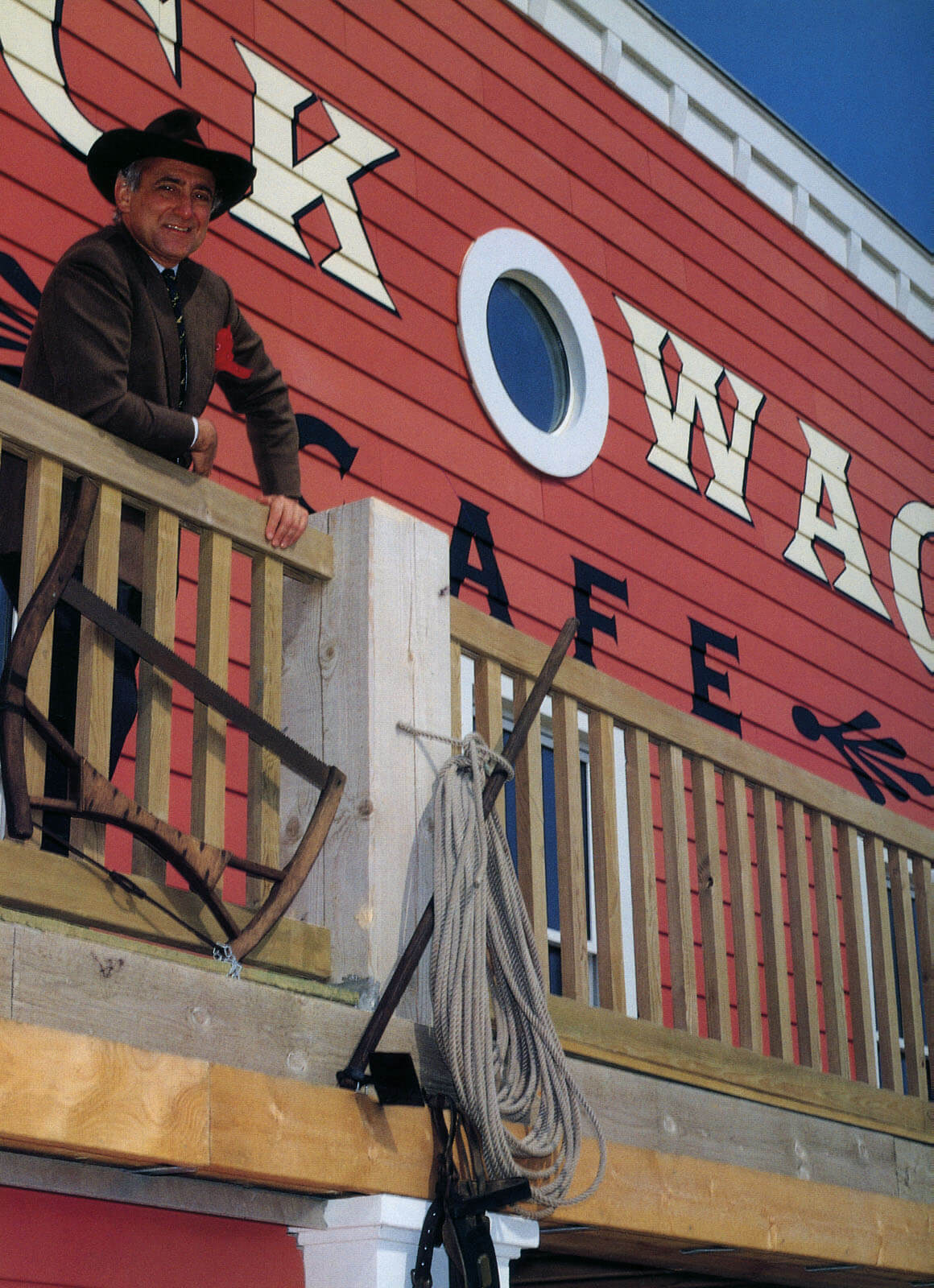