This mixed-use development, on the block bounded by Vine Street to the south, Franklin Town Boulevard to the west, Wood Street to the north, and North 16th Street to the east, embraces two separate projects.  On the east side of the site will rise a 32-story, 483,000-square-foot brick and masonry residential tower, developed as an investment property to offer 258 rental apartments and 13 three-story townhouses, with street-level retail on 16th and Vine Streets.  To the west, a 24,000-square-foot meetinghouse will serve as the Stake Center—a place for worship and community—for three wards of the Church of Jesus Christ of Latter-day Saints in Philadelphia. The meetinghouse will accommodate a chapel, a baptismal font, classrooms, offices, a multipurpose main hall that can be used for events or for athletics, an interior courtyard, and a walled garden that will provide a green edge to the street.

Development of this block will fill in an important gap in the urban fabric of Philadelphia, strengthening the north-south 16th Street corridor that connects Center City and North Philadelphia, and the east-west axis of Vine Street between the Broad Street corridor and the Art Museum district.   The new buildings will extend to the east the street wall of the Family Court, the Free Library, and the Church of Jesus Christ of Latter-day Saints Temple that runs east-west along Vine Street to form the northern edge of Logan Square.  The meetinghouse’s 123-foot-high steeple will distinguish the building among its larger-scale neighbors. 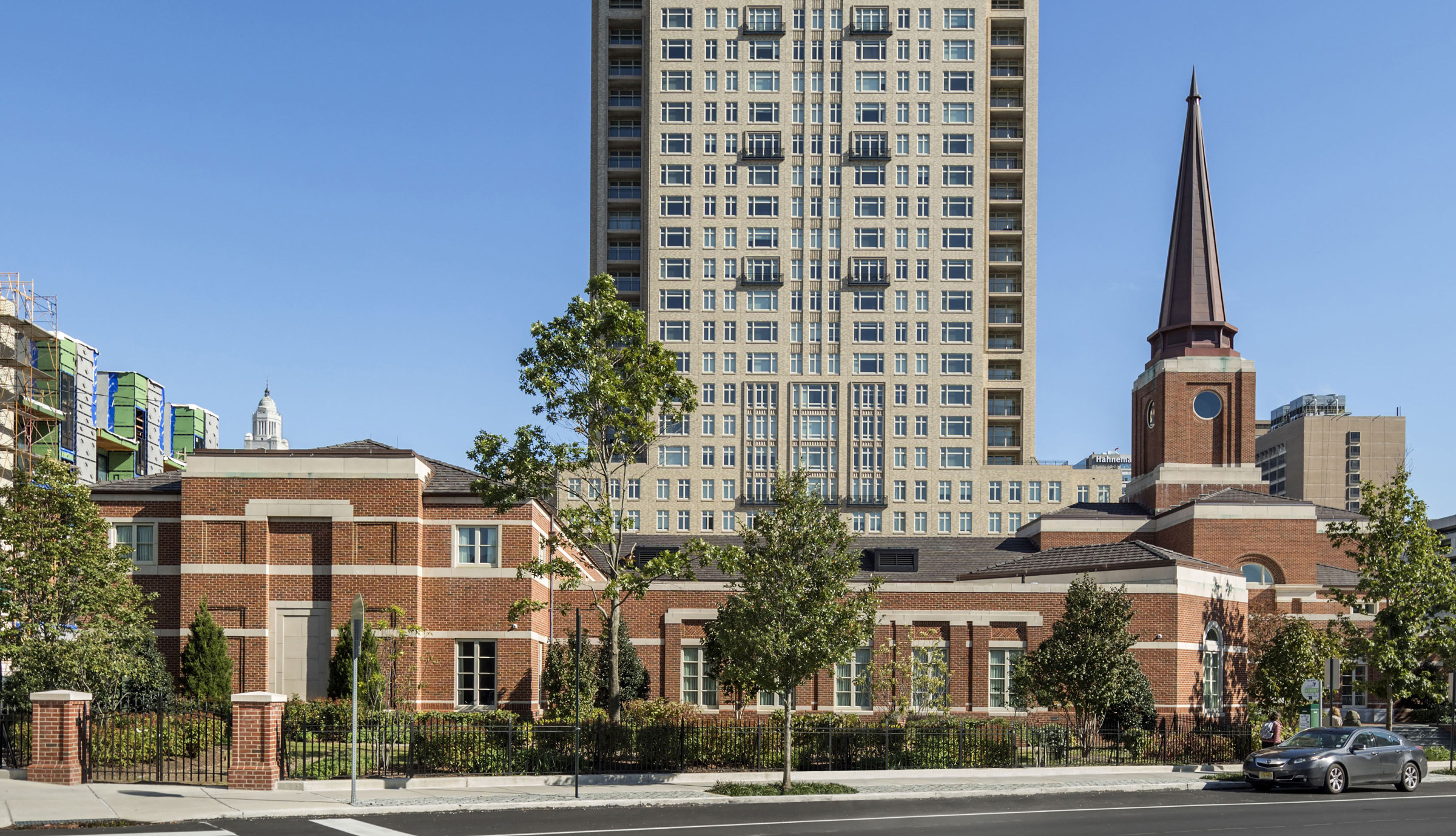 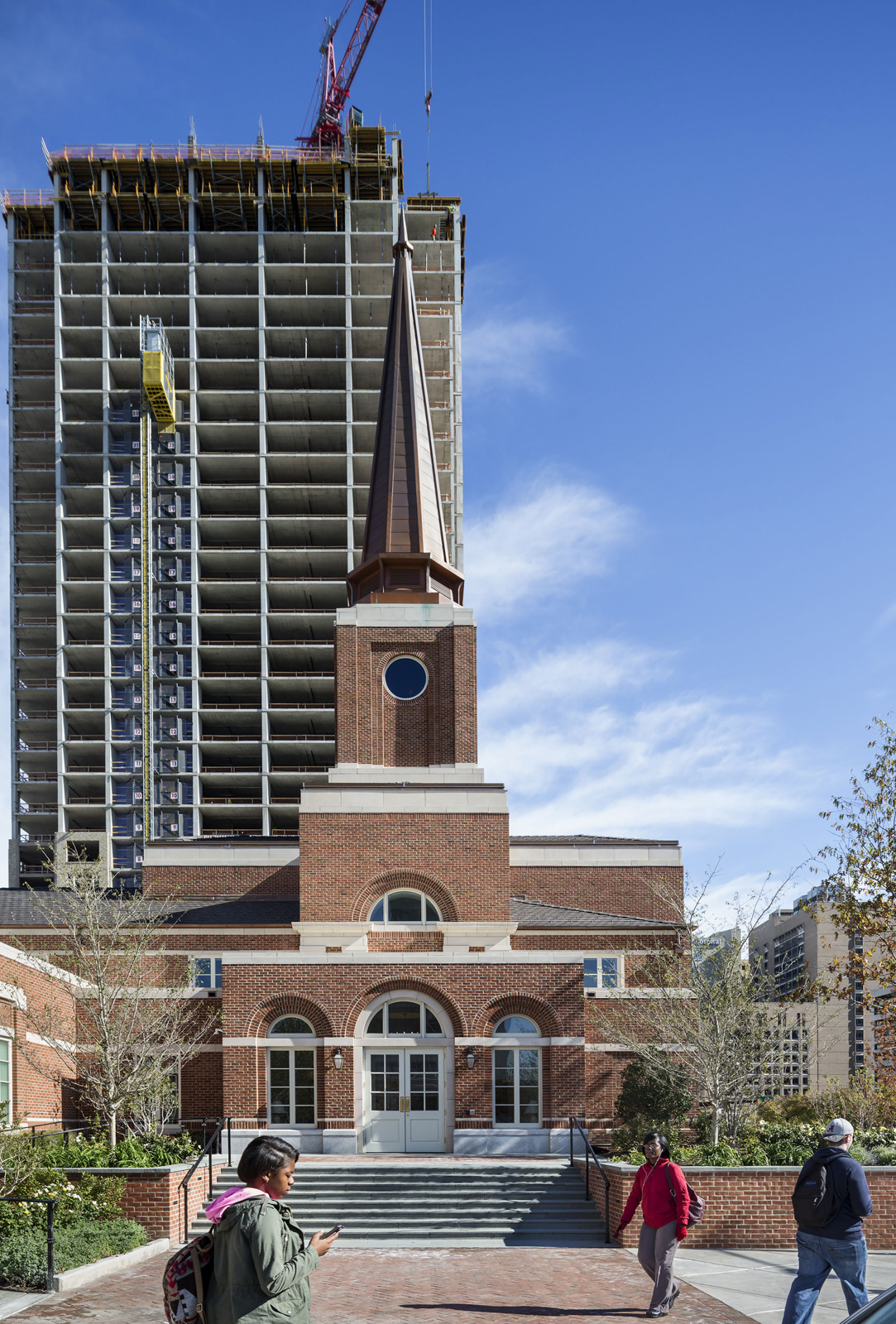 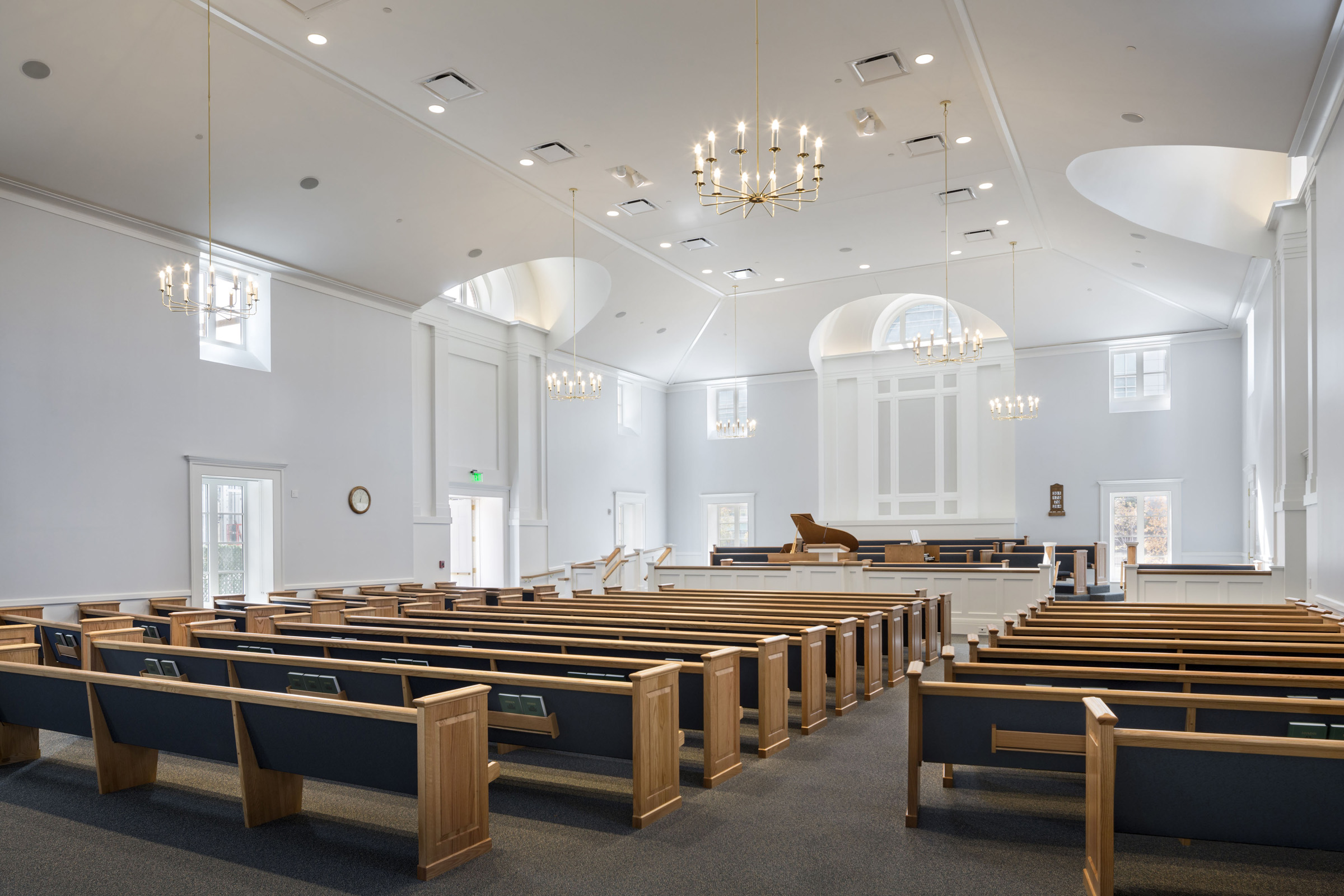 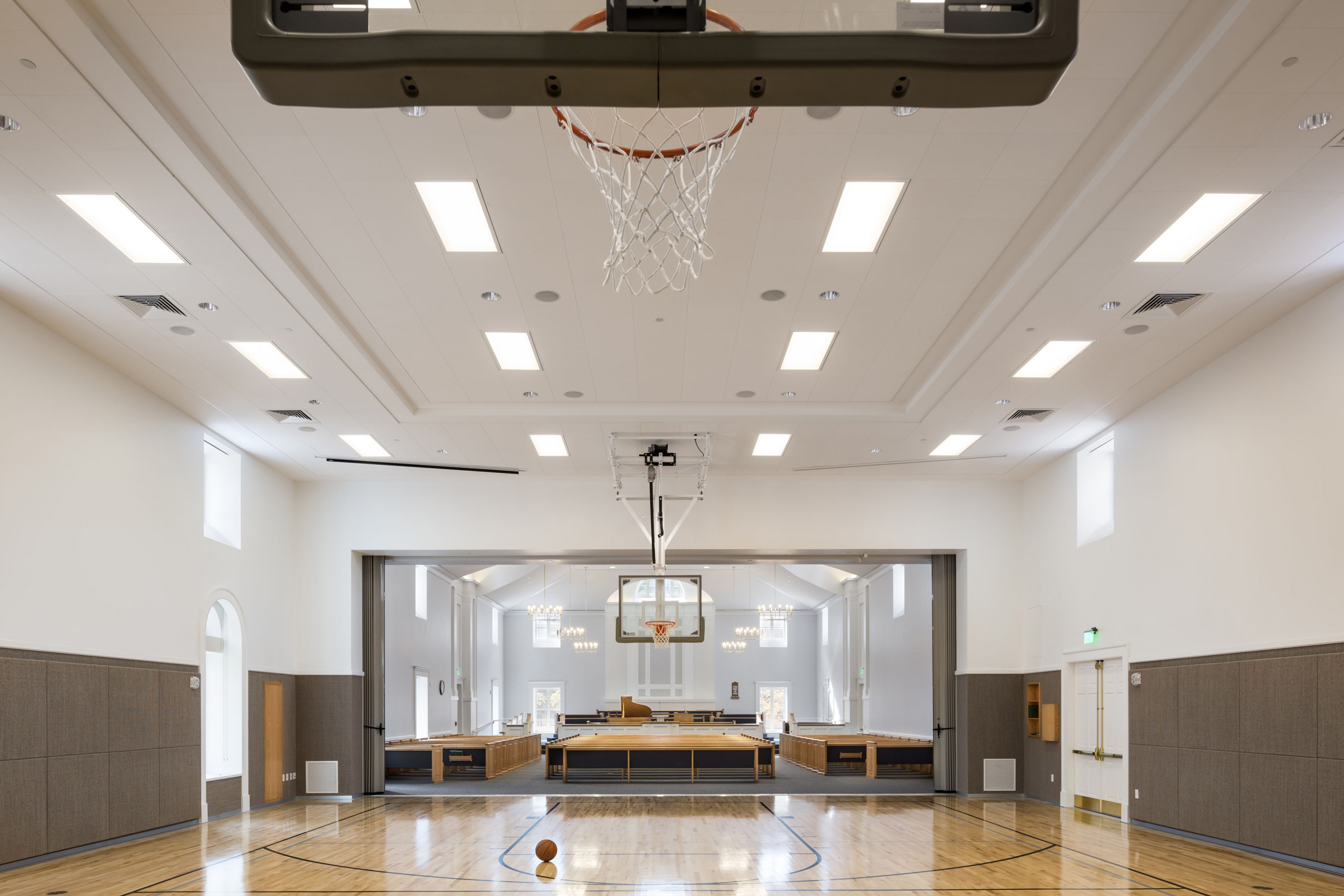 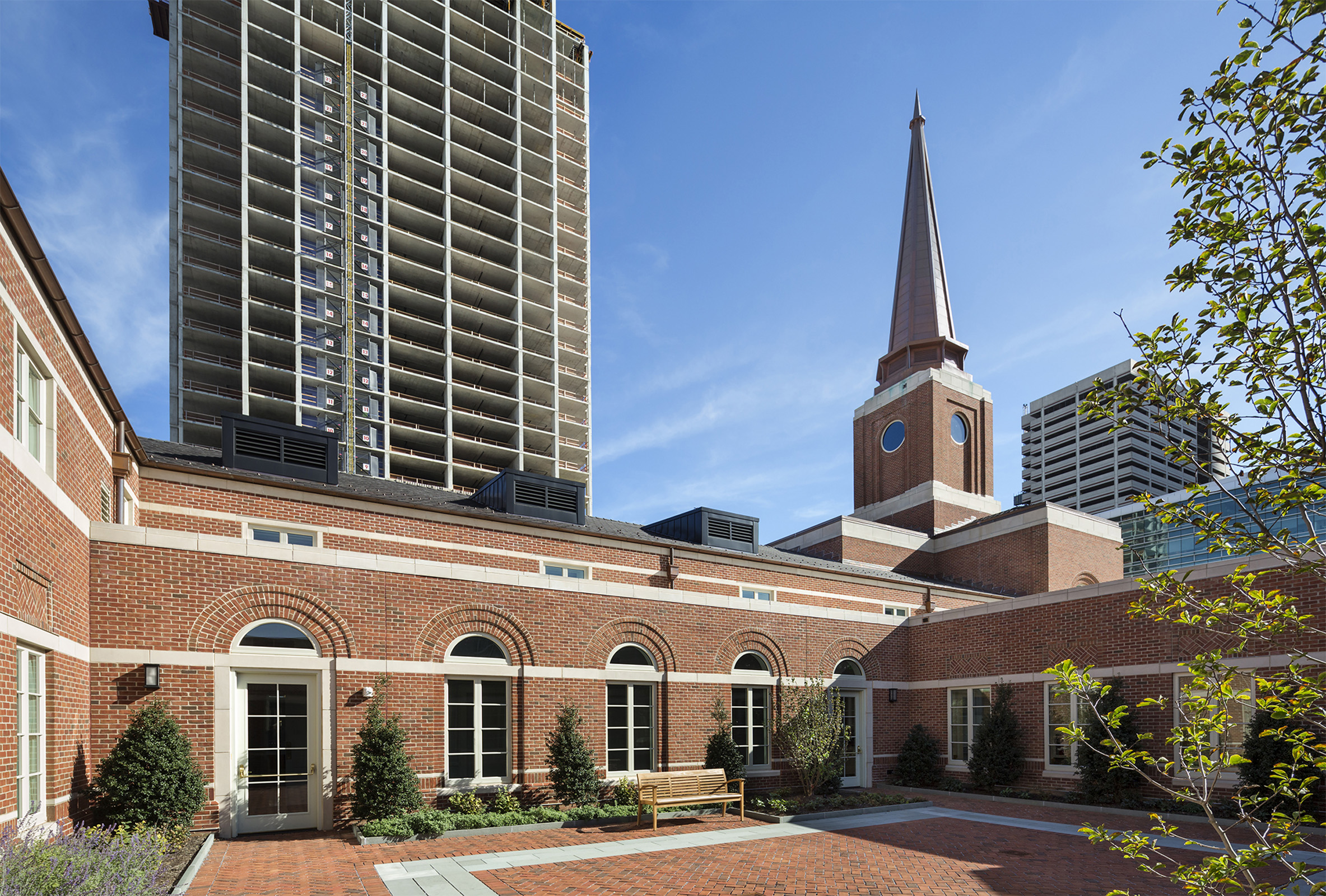 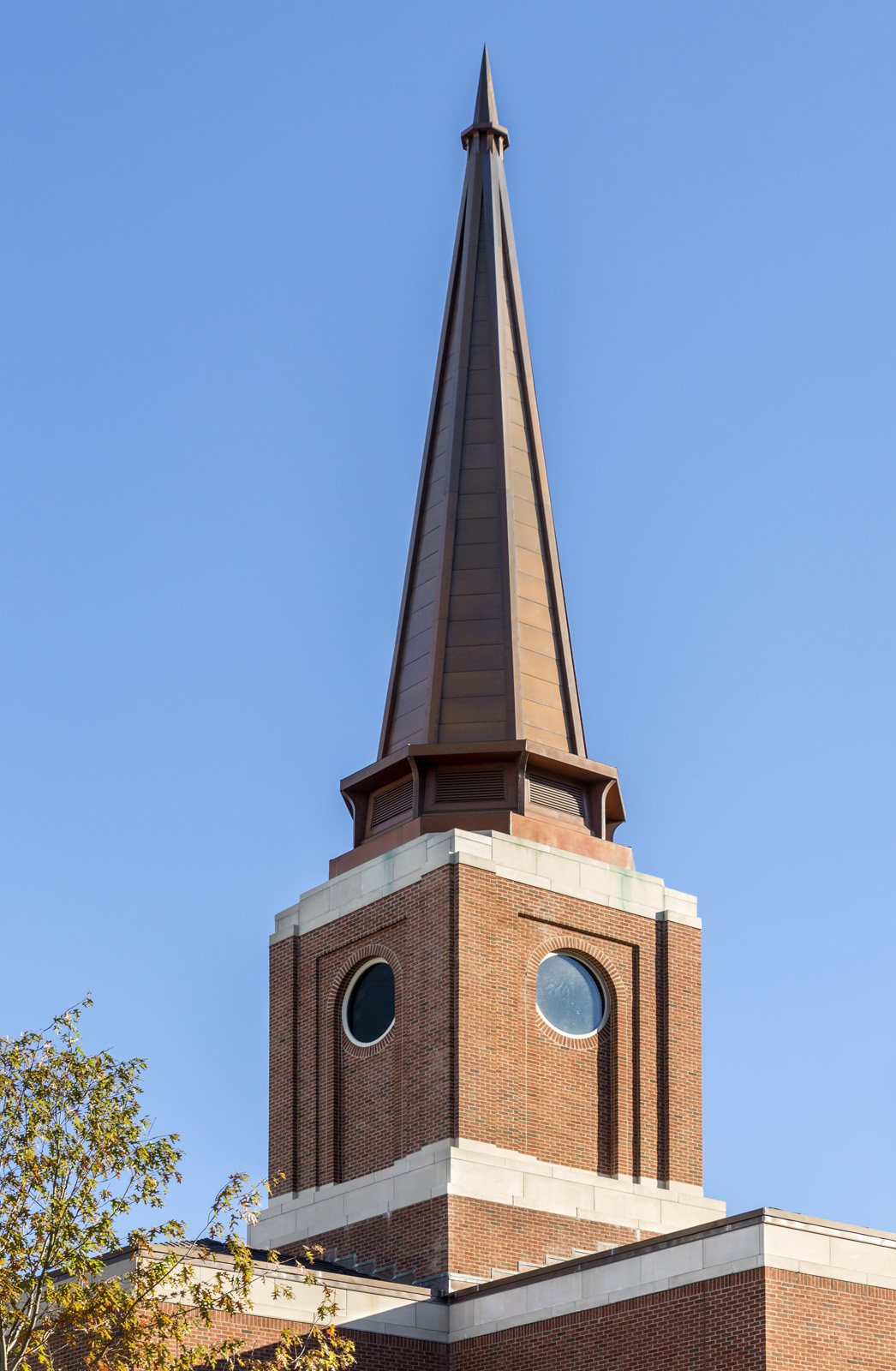 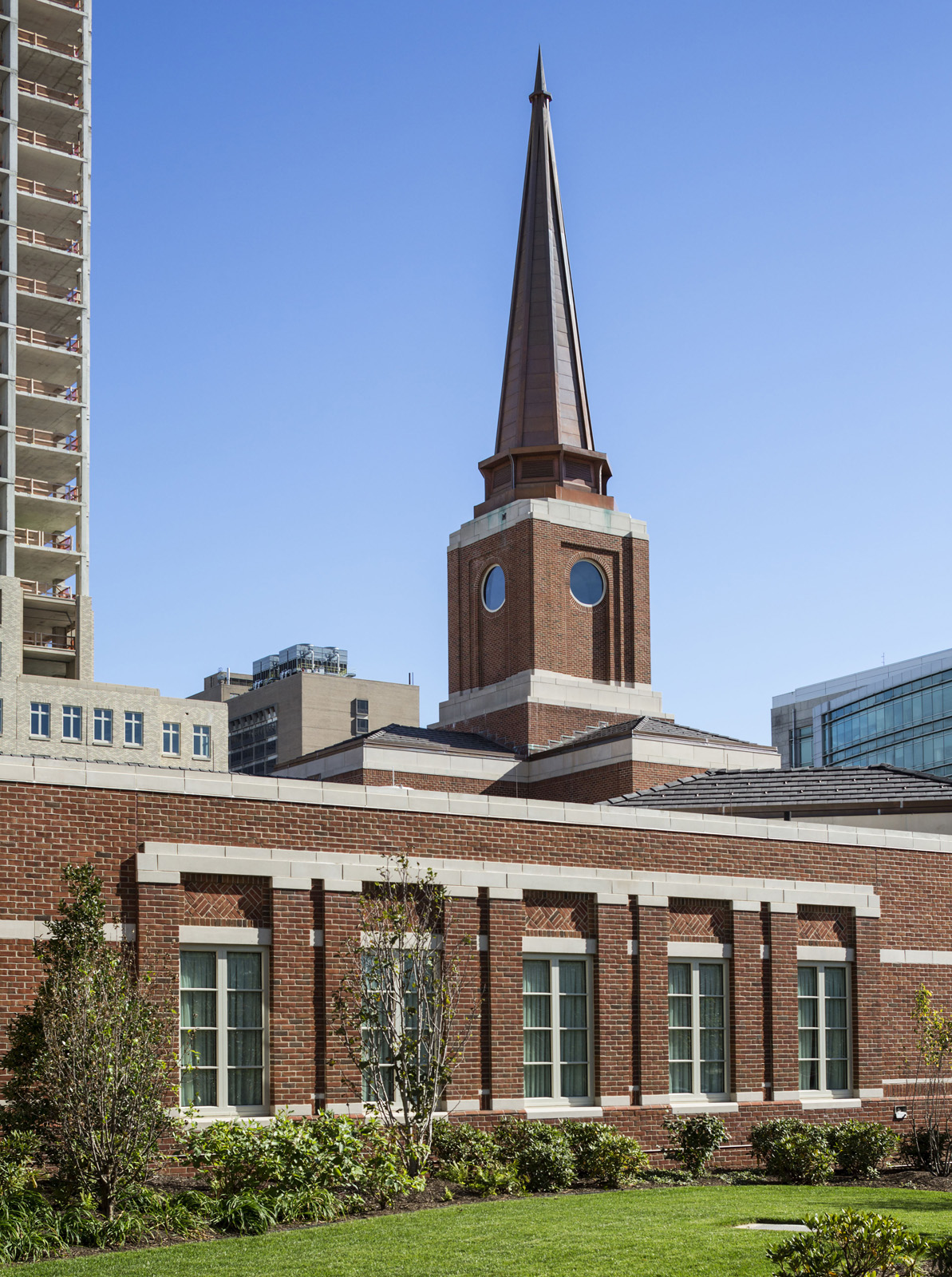 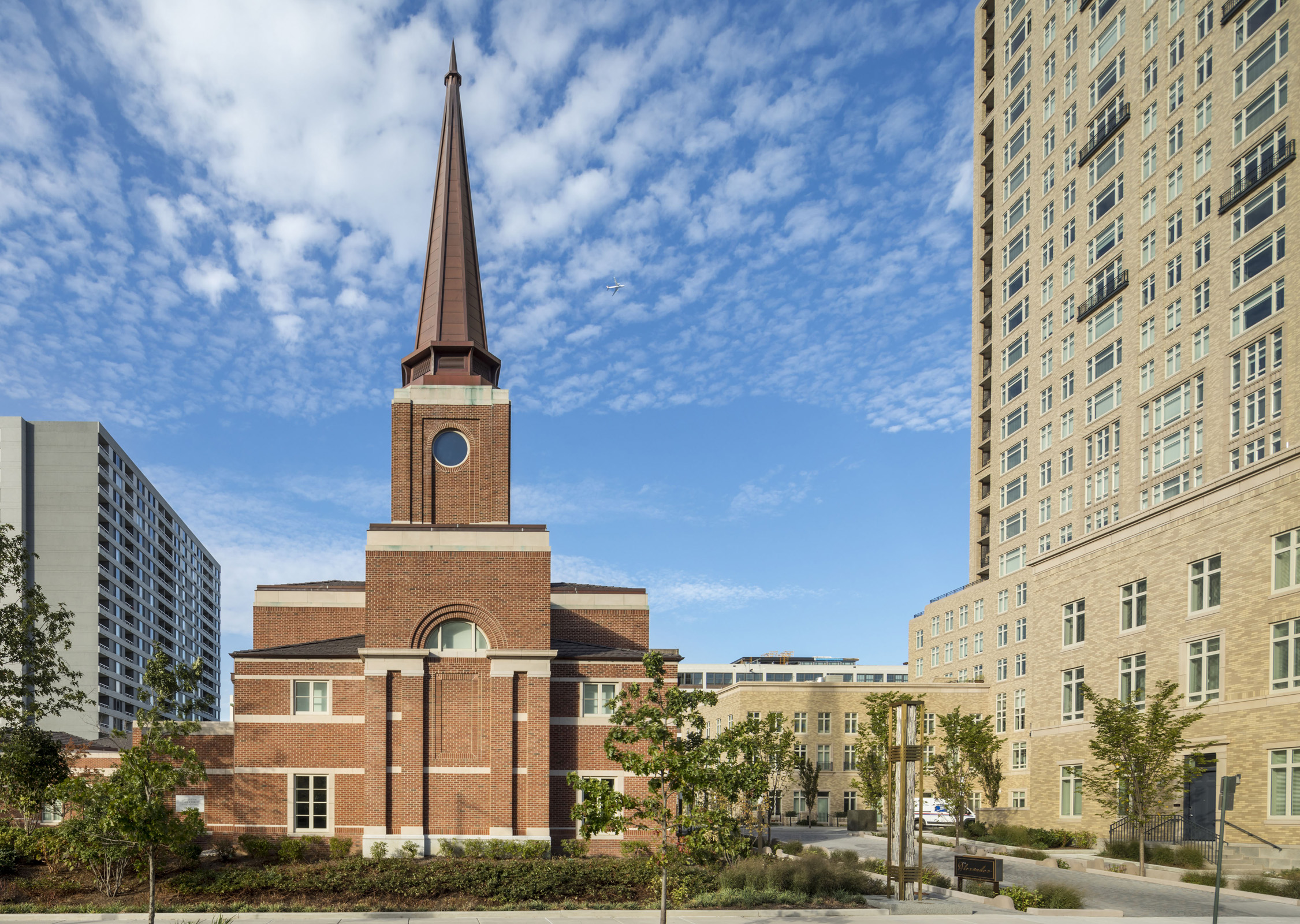