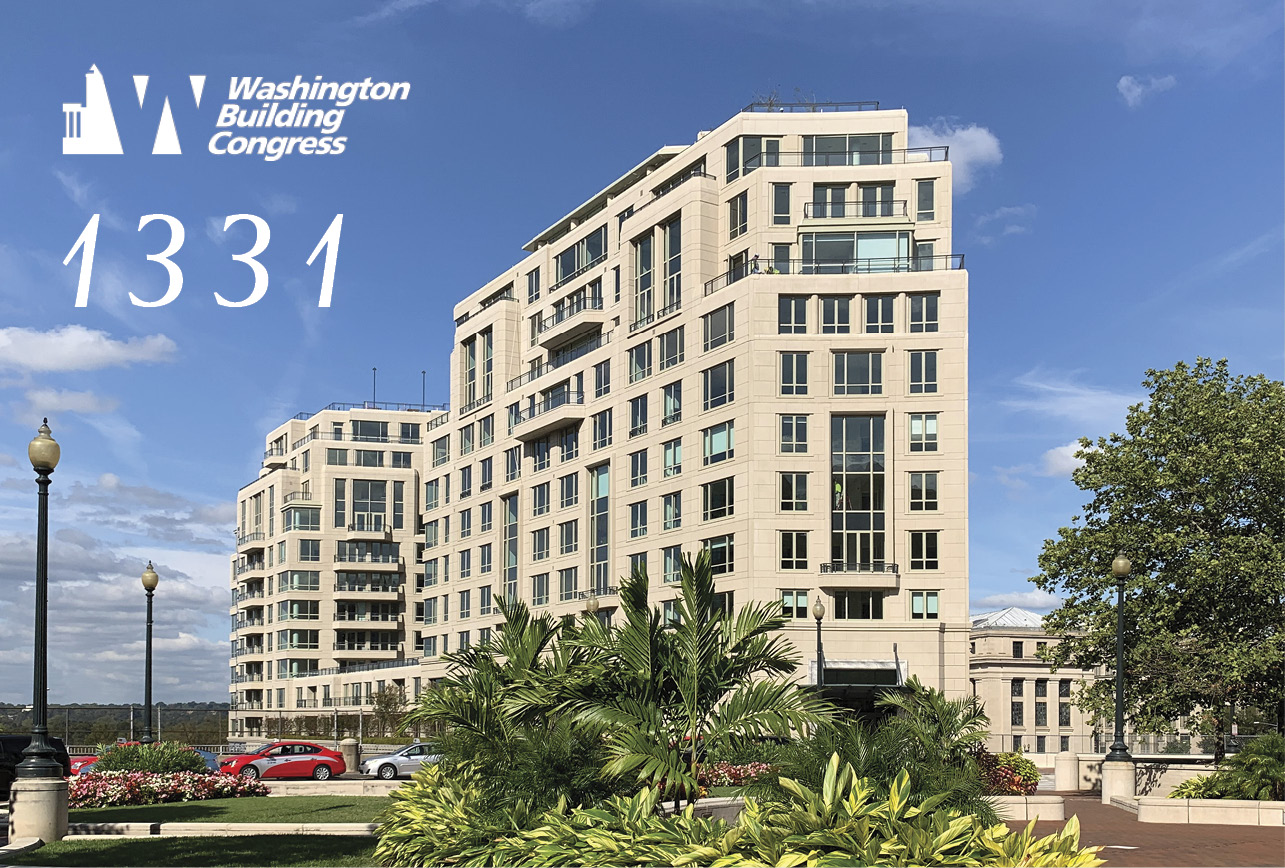 1331 occupies a complex triangular gateway site, highly visible upon entering Washington from the 14th Street Bridge. The building’s architectural detailing strikes a balance between echoing DC's best classical Federal buildings and presenting a residential scale. On the west and north facades, a variety of massing and compositional strategies break down the scale of the facades both vertically and horizontally; large figural window groupings create local symmetries and pavilions. The limestone-colored architectural precast facades are given hierarchy and depth throughout, with reveals and recesses at each window; the rusticated base is articulated with a change in mullion colors, thicker window surrounds, and double-height figures. RAMSA Partners Robert A.M. Stern, Paul L. Whalen, and Sargent C. Gardiner led the design effort. WDG were the architects of record.

The annual WBC Craftsmanship Awards Program celebrates excellence in craftsmanship in the Washington, DC architecture and construction industry, honoring firms that provide exceptional workmanship on buildings throughout the area. Star Awards are given to projects recommended by the evaluator teams, recognized for demonstrating the highest level of quality that exceeds the awards criteria and achieves a level defined as "Exceptional" in one of the following areas: Visual Excellence, Technical Excellence, and Excellence in the Face of Adversity.