This 12-story, 200,000-square-foot building located in Manhattan's West Soho neighborhood offers 201 rental apartments in a mix of studio, one-bedroom, and two-bedroom configurations. In contrast to recent glass-curtainwall neighbors, our building draws inspiration from the restored historic warehouses that give the neighborhood its appeal. 261 Hudson Street occupies a long mid-block site; its Hudson Street facade is articulated into a syncopated composition of three interlocking tower elements that define setback terraces as the building rises. Red brick foreground elements stand against glazed and matte black brick fields that appear to recede; cast stone banding, piers rising into the towers, and inset metal panels that organize the windows into pairs add to the relief of the facade.

The two northernmost tower elements create a symmetrical composition when the building is viewed looking west along Dominick Street, with the entry and rooftop elevator penthouse centered between them. The oval wood-paneled lobby features a vaulted ceiling with a sculpted starburst oculus. Inset Venetian plaster panels framed in bronze highlight a stair that leads to the split-level amenity spaces: up to a wood-paneled library and down to a technology lounge, a party room, and a residents' gym that open to the lower level of the garden, which rises to a trellis with built-in seating that runs along the brick garden wall at Renwick Street, enlivened by decorative grilles affording passersby glimpses into the garden. At the top of the building, a landscaped roof terrace with a sundeck and a grilling area enjoys views east to the city and the Hudson River to the west. 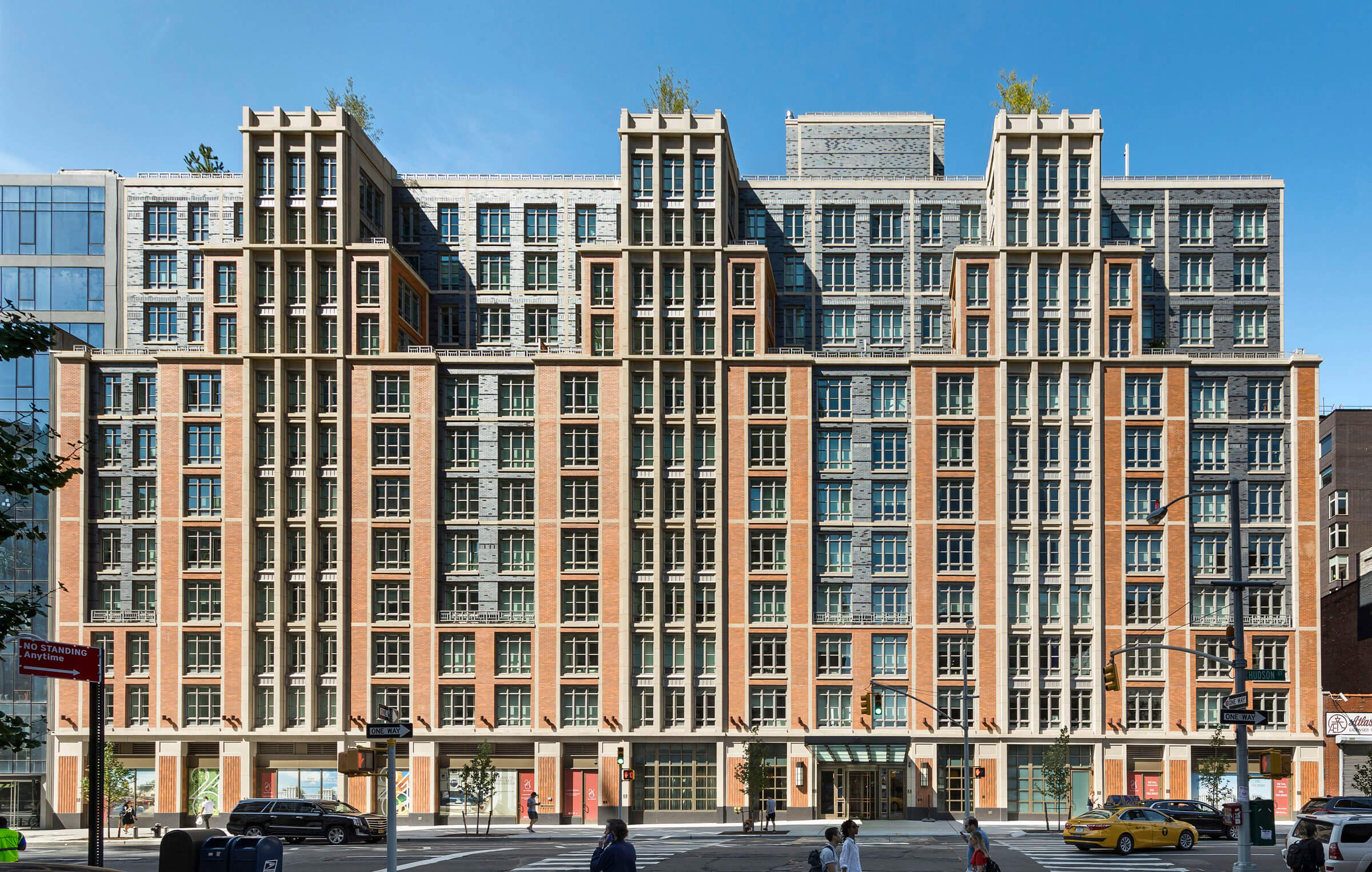 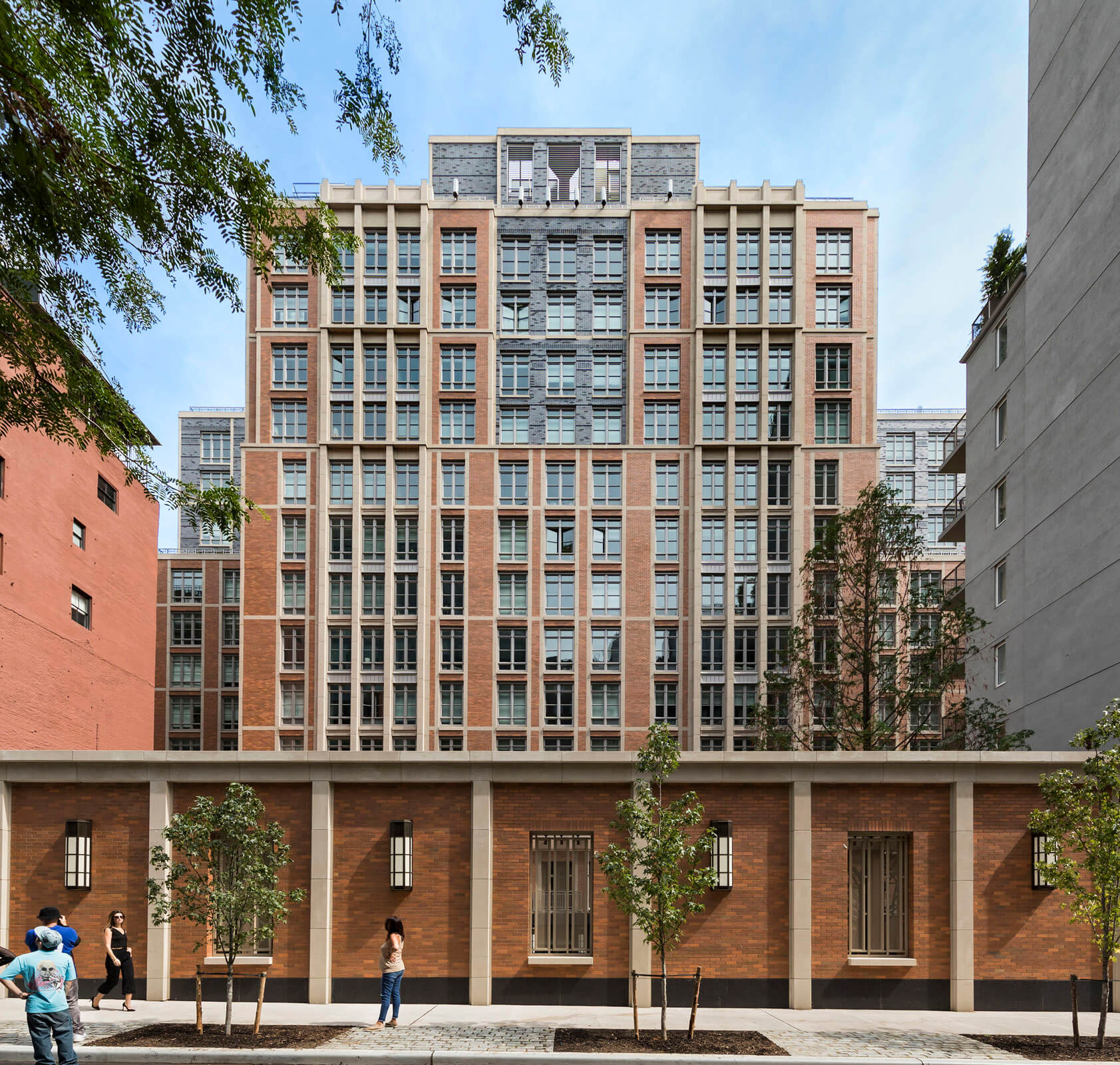 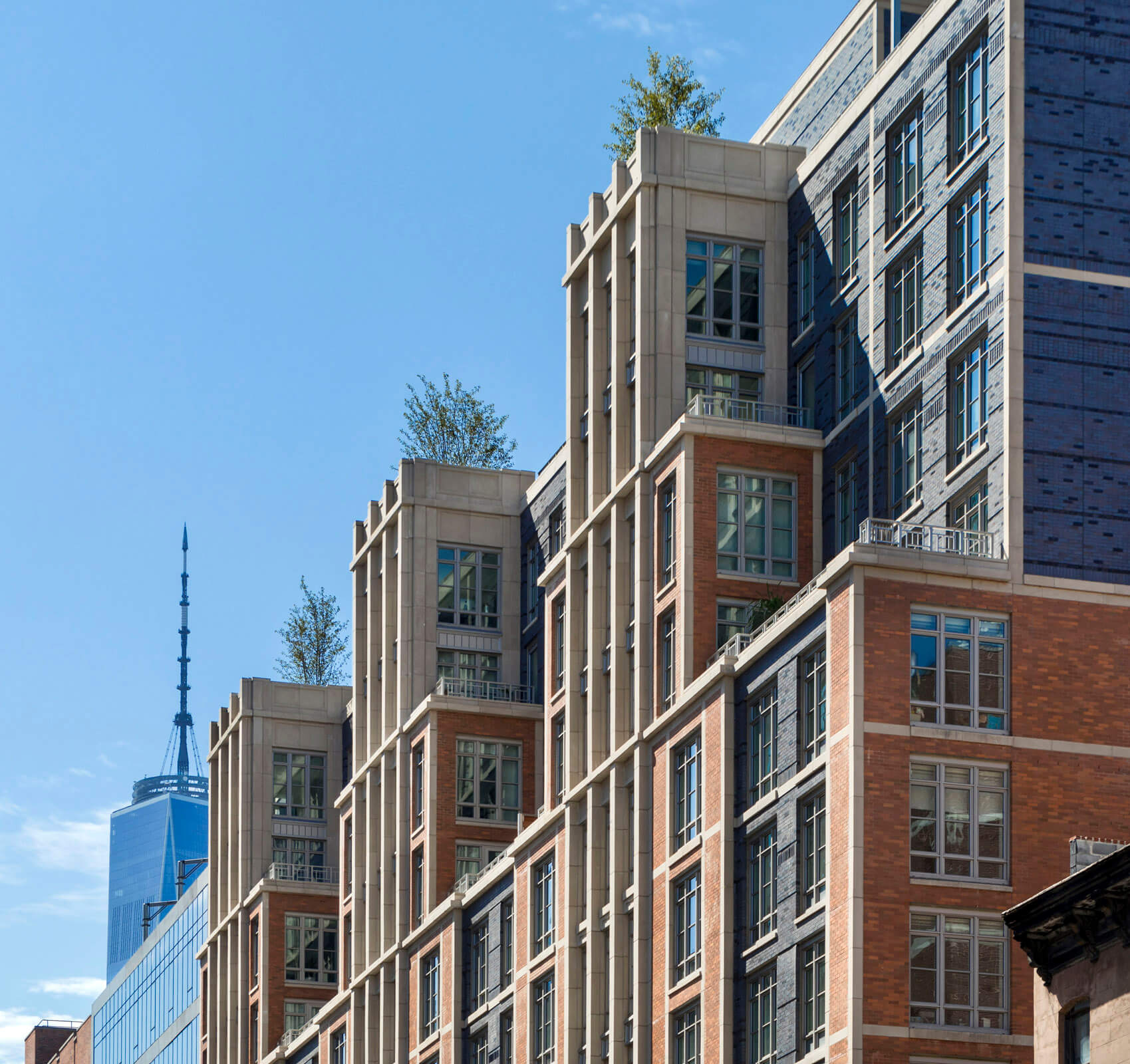 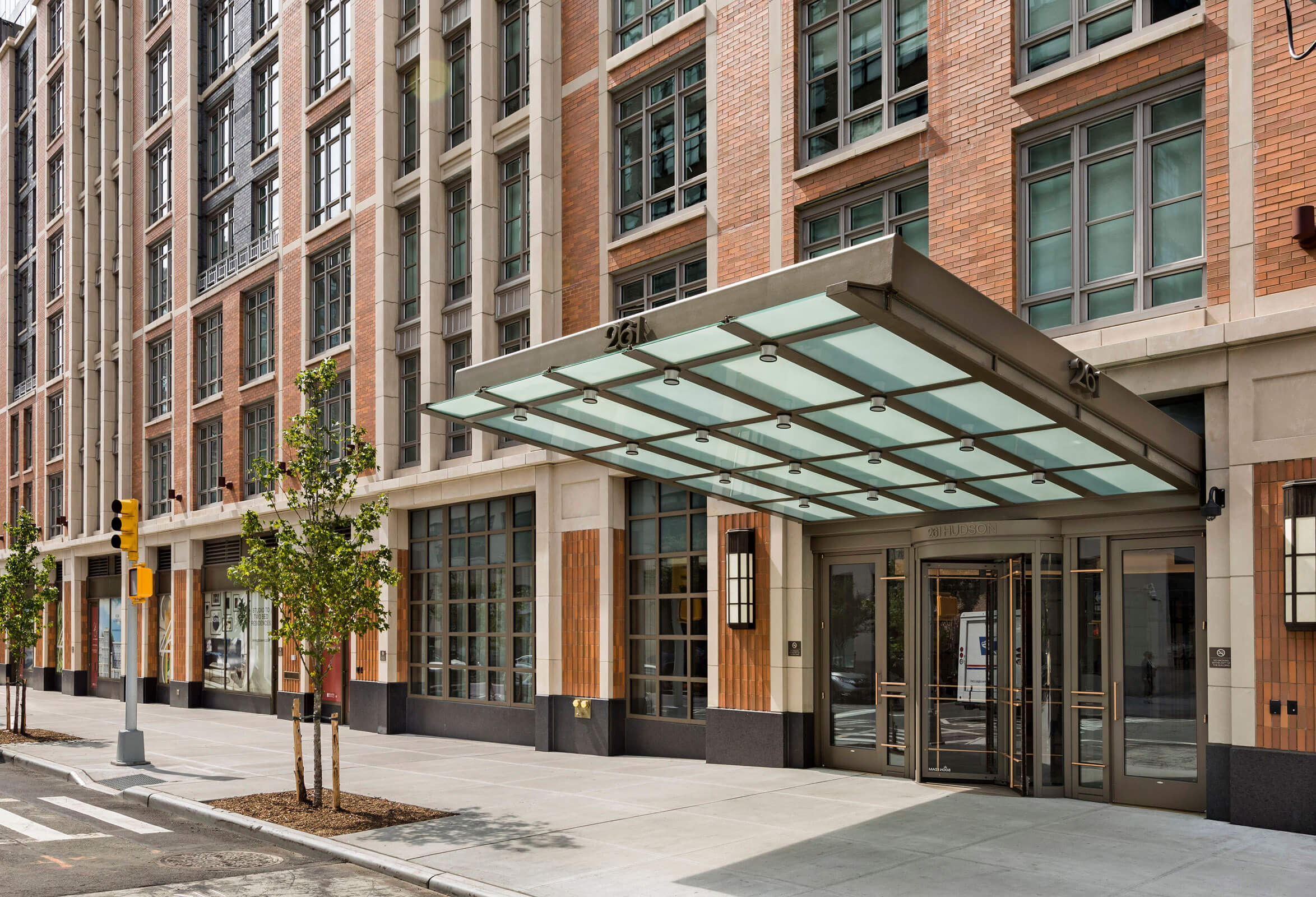 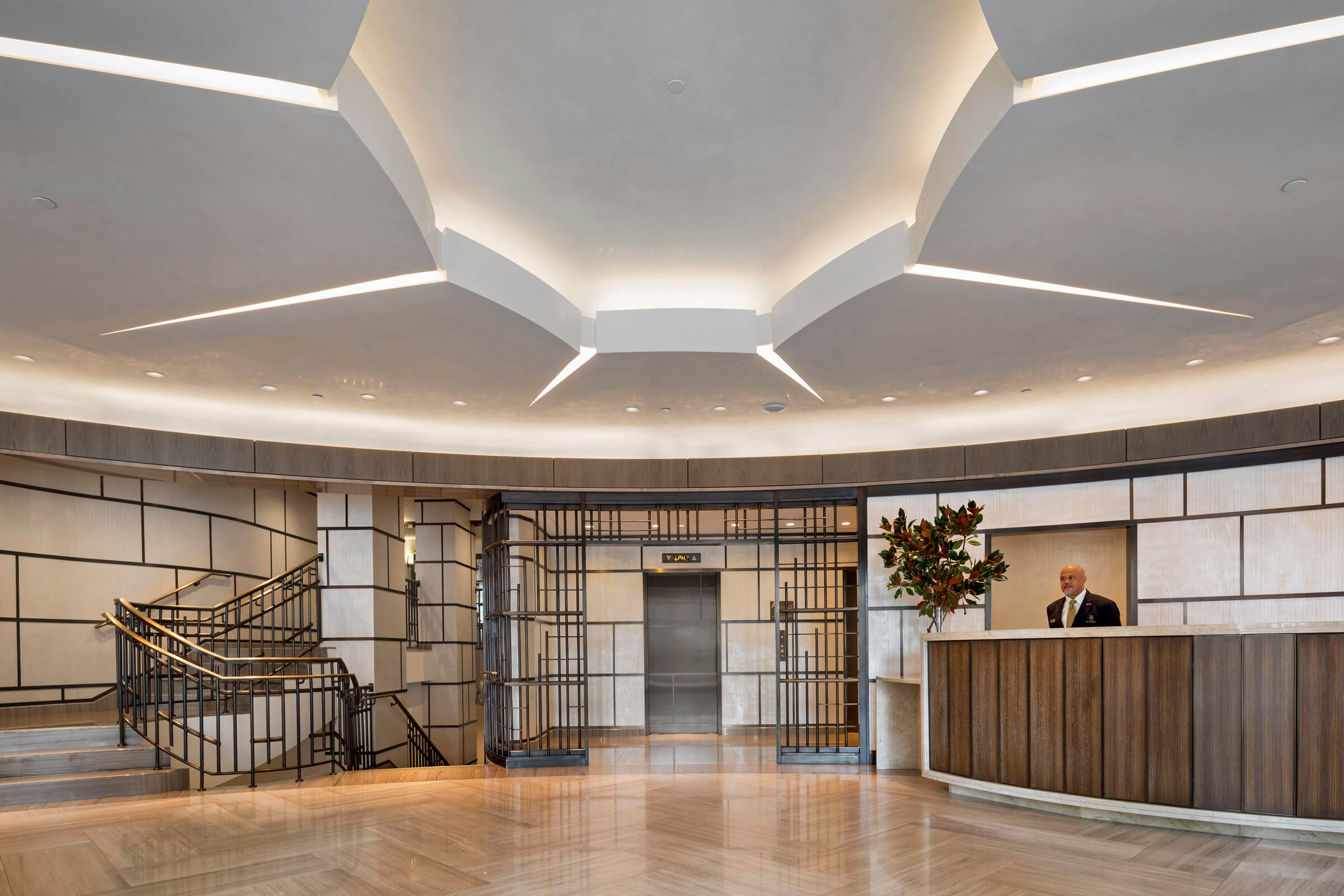 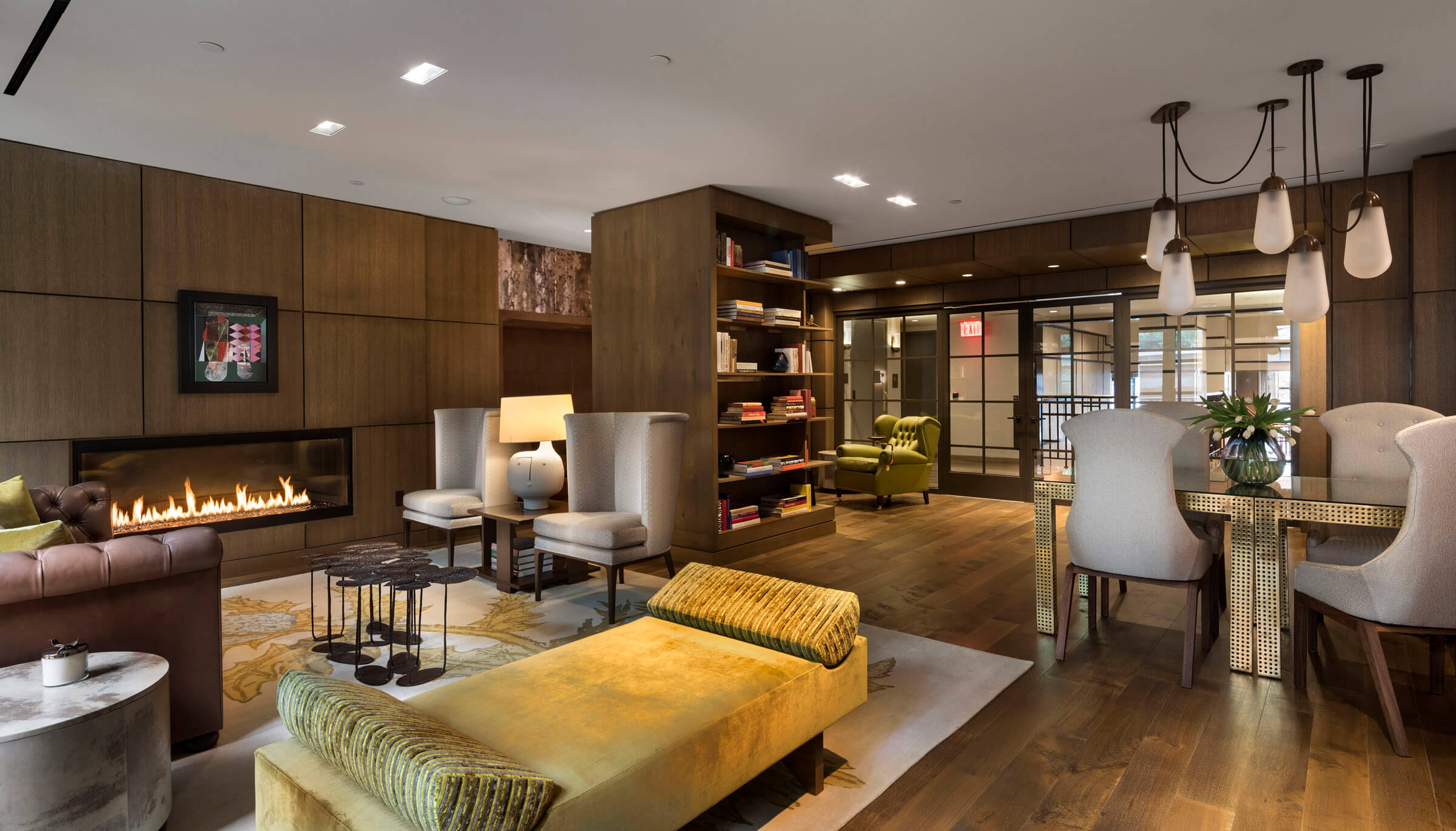 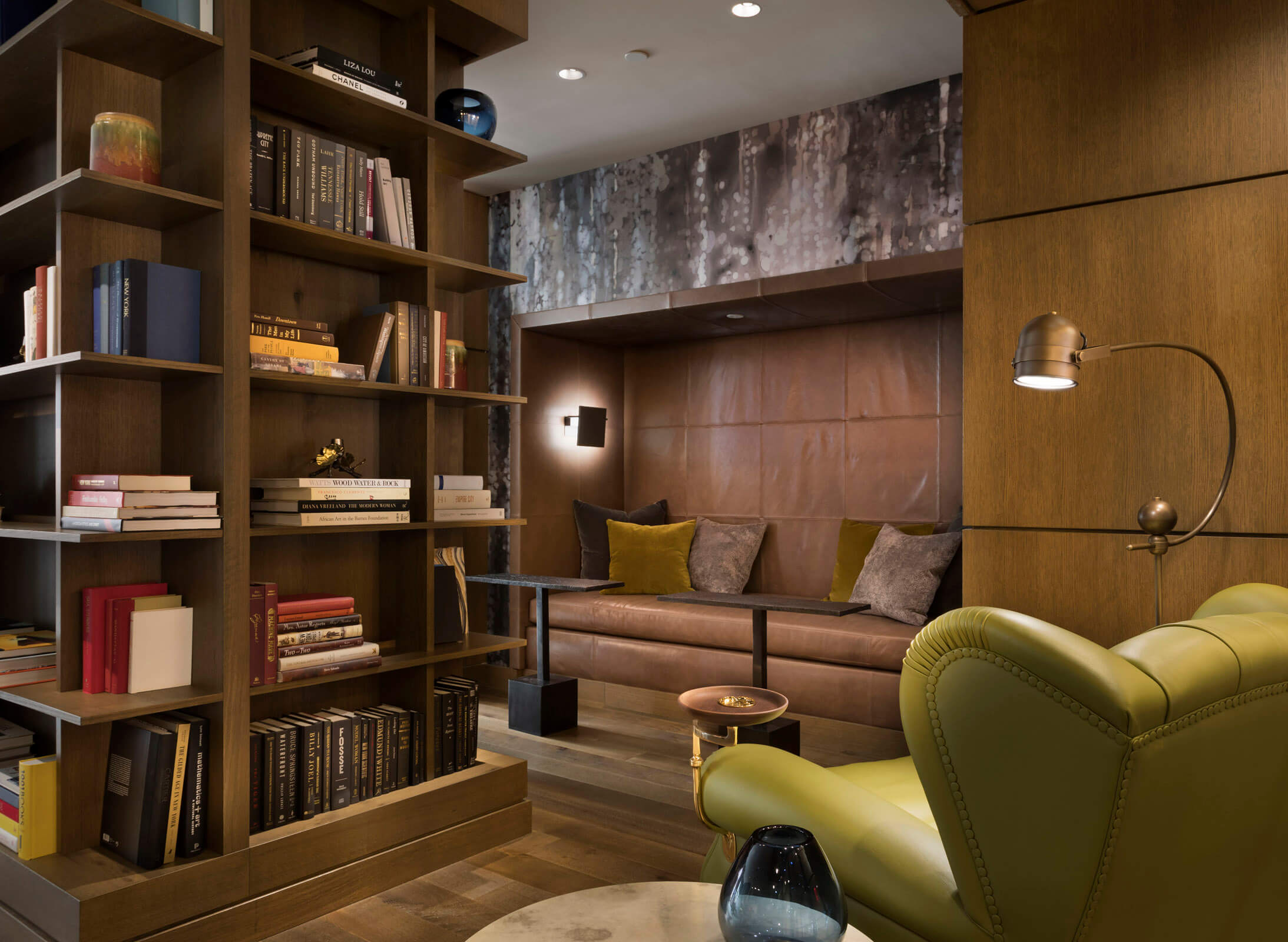 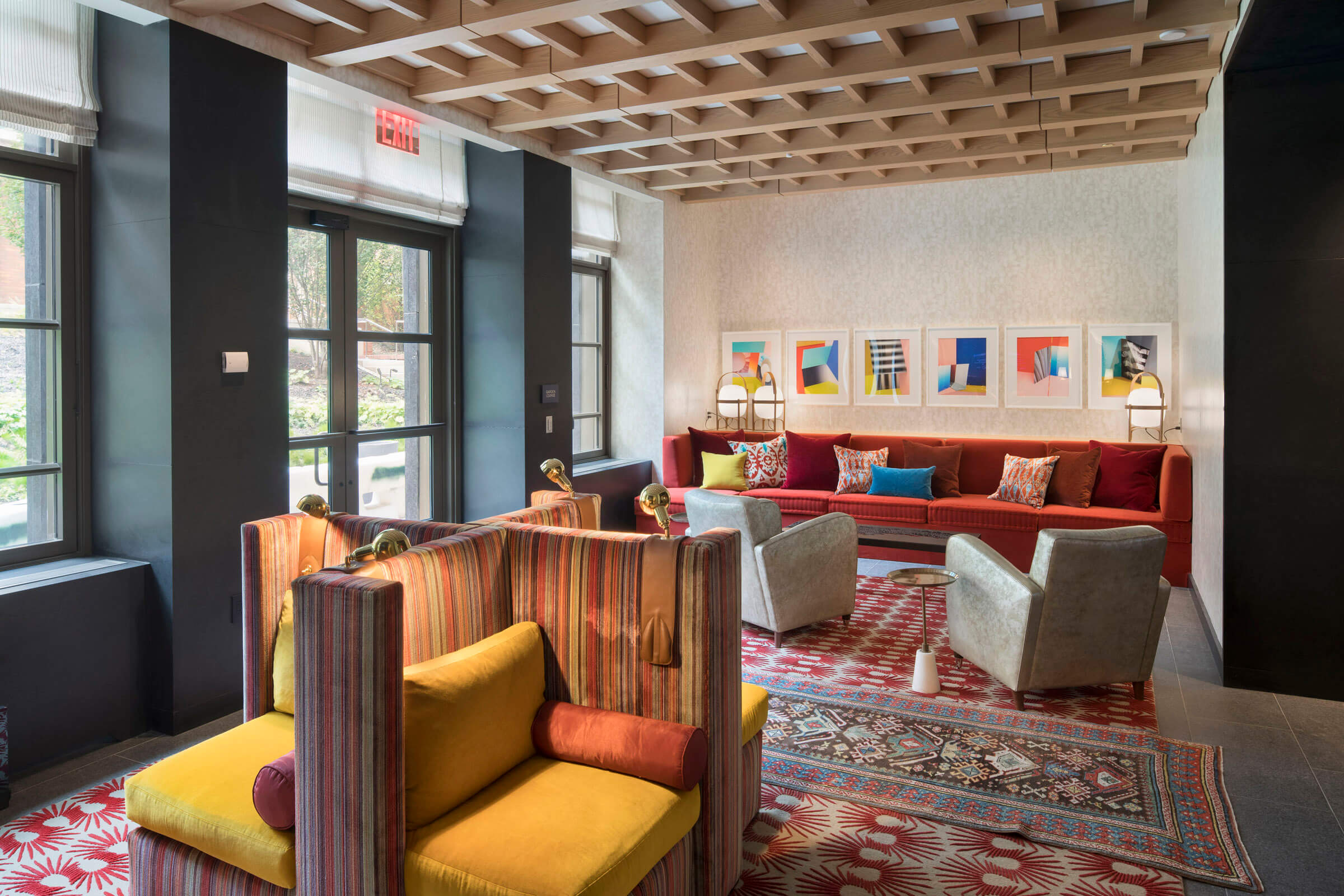 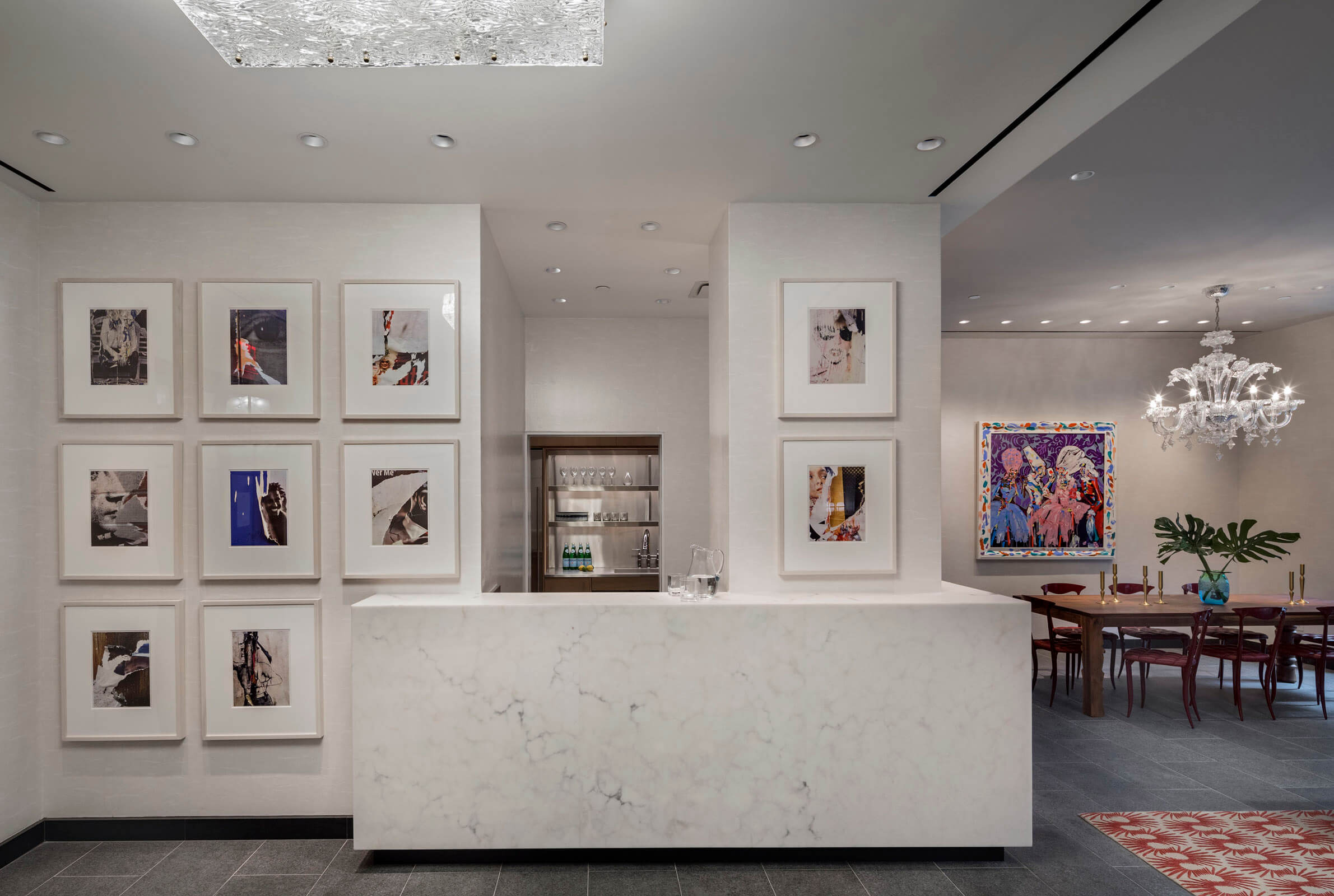 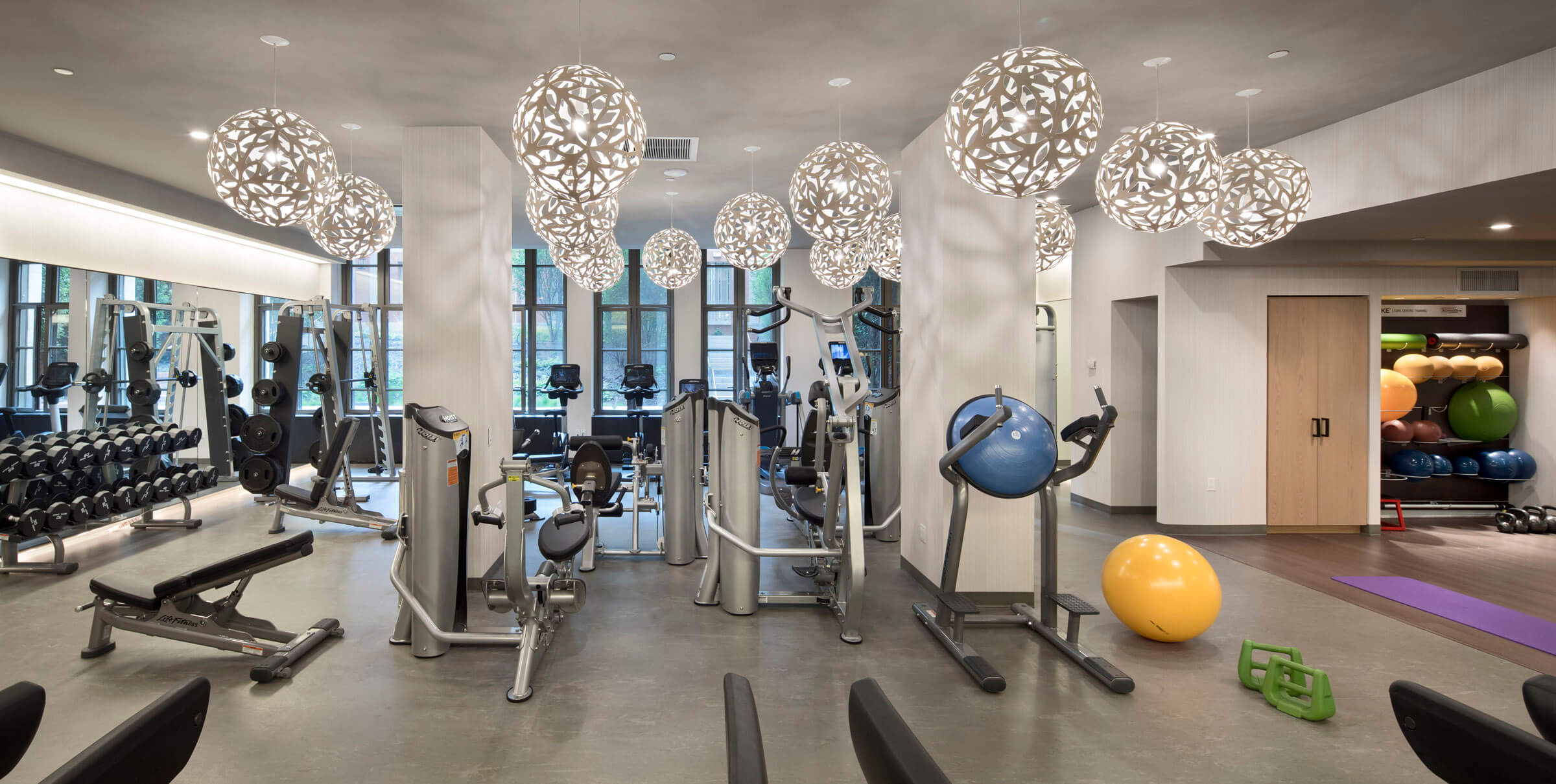 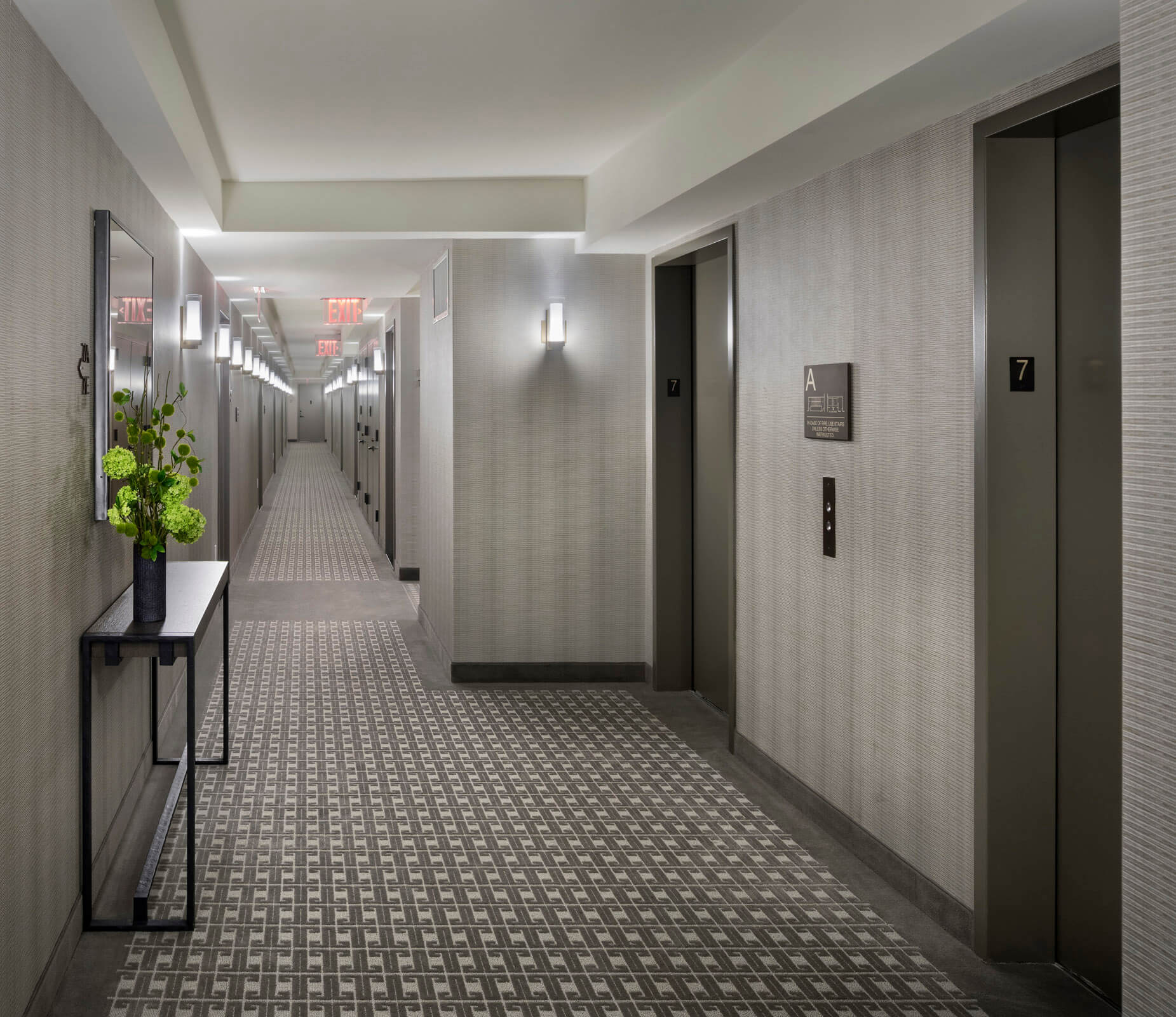 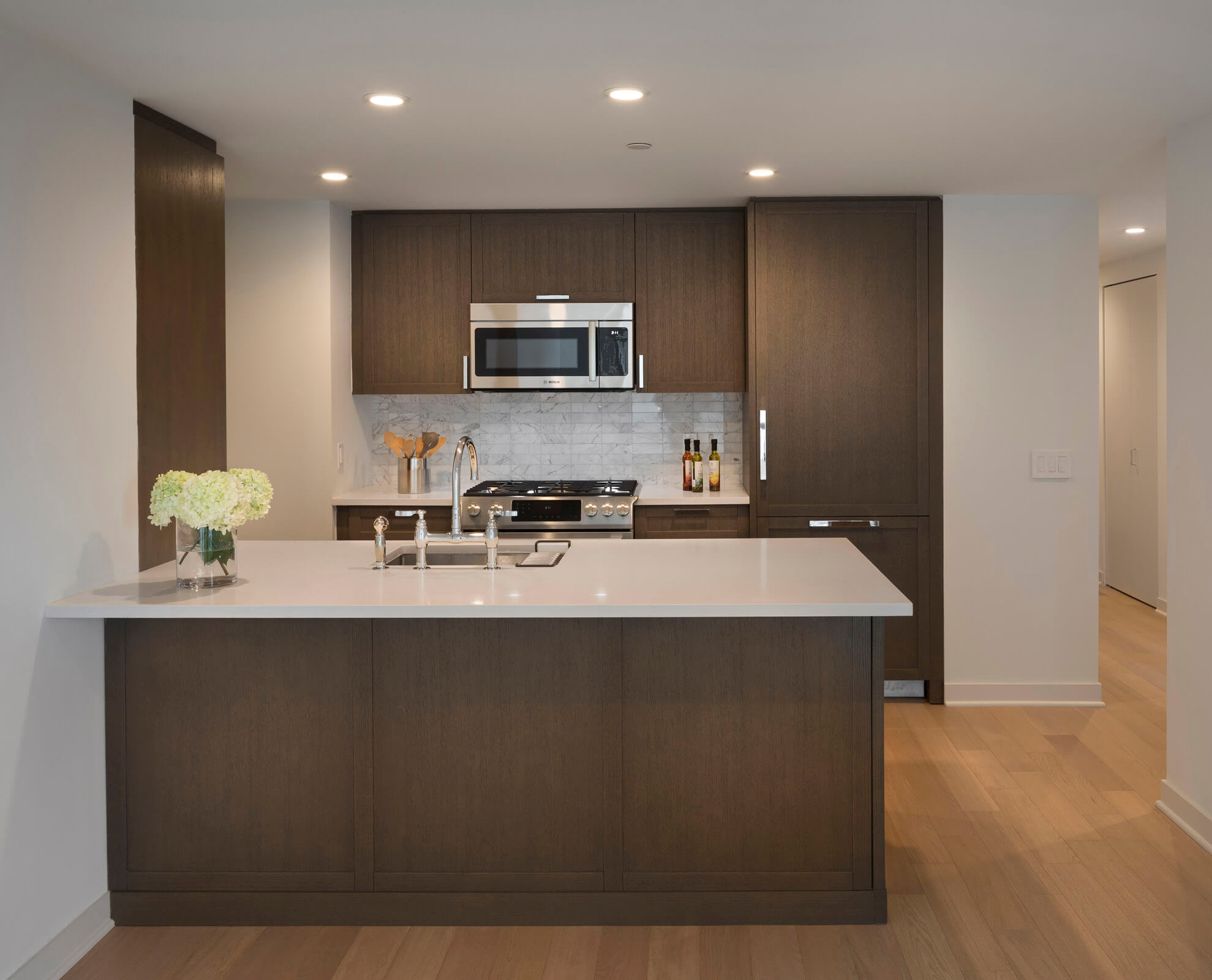 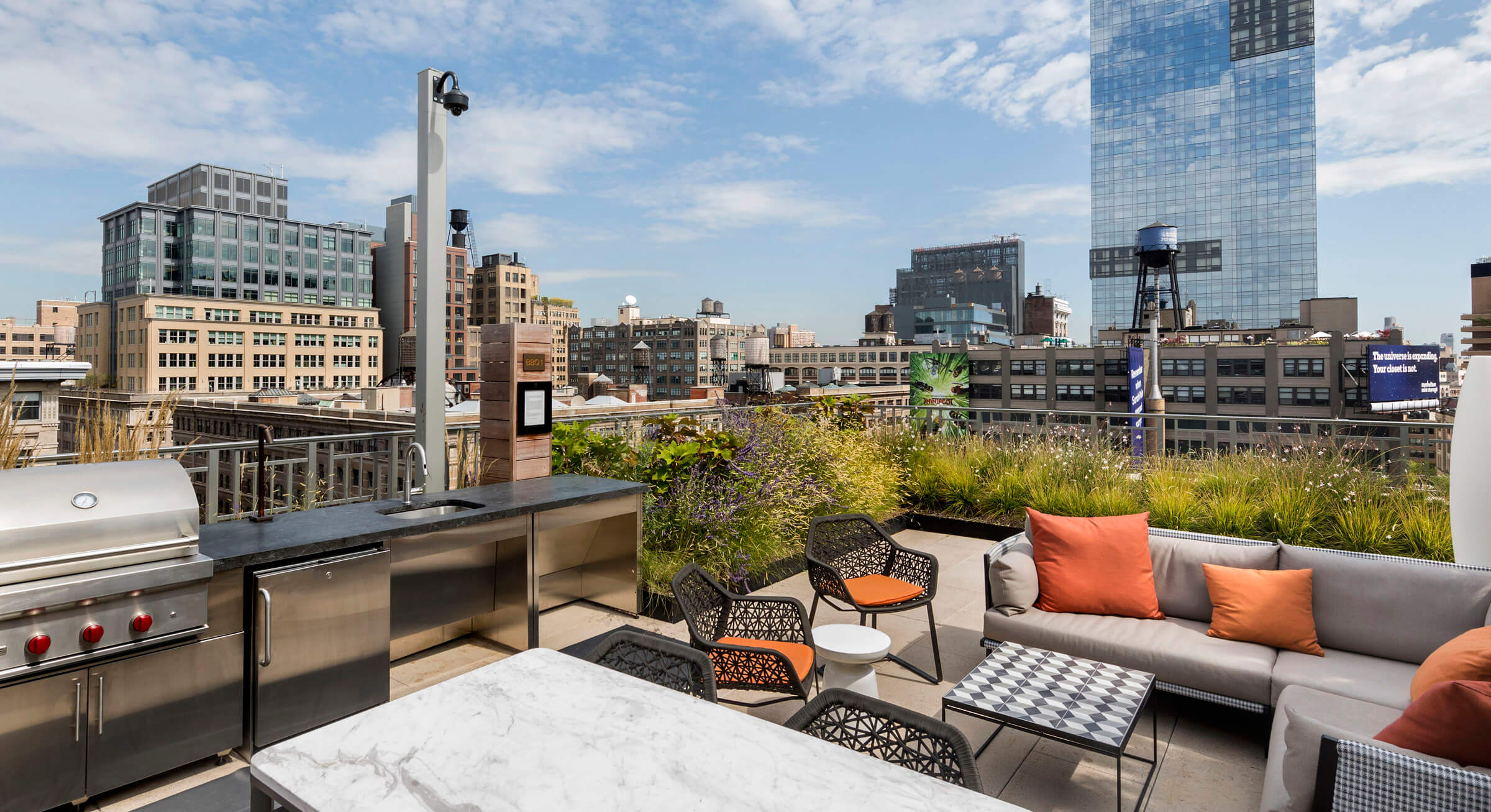 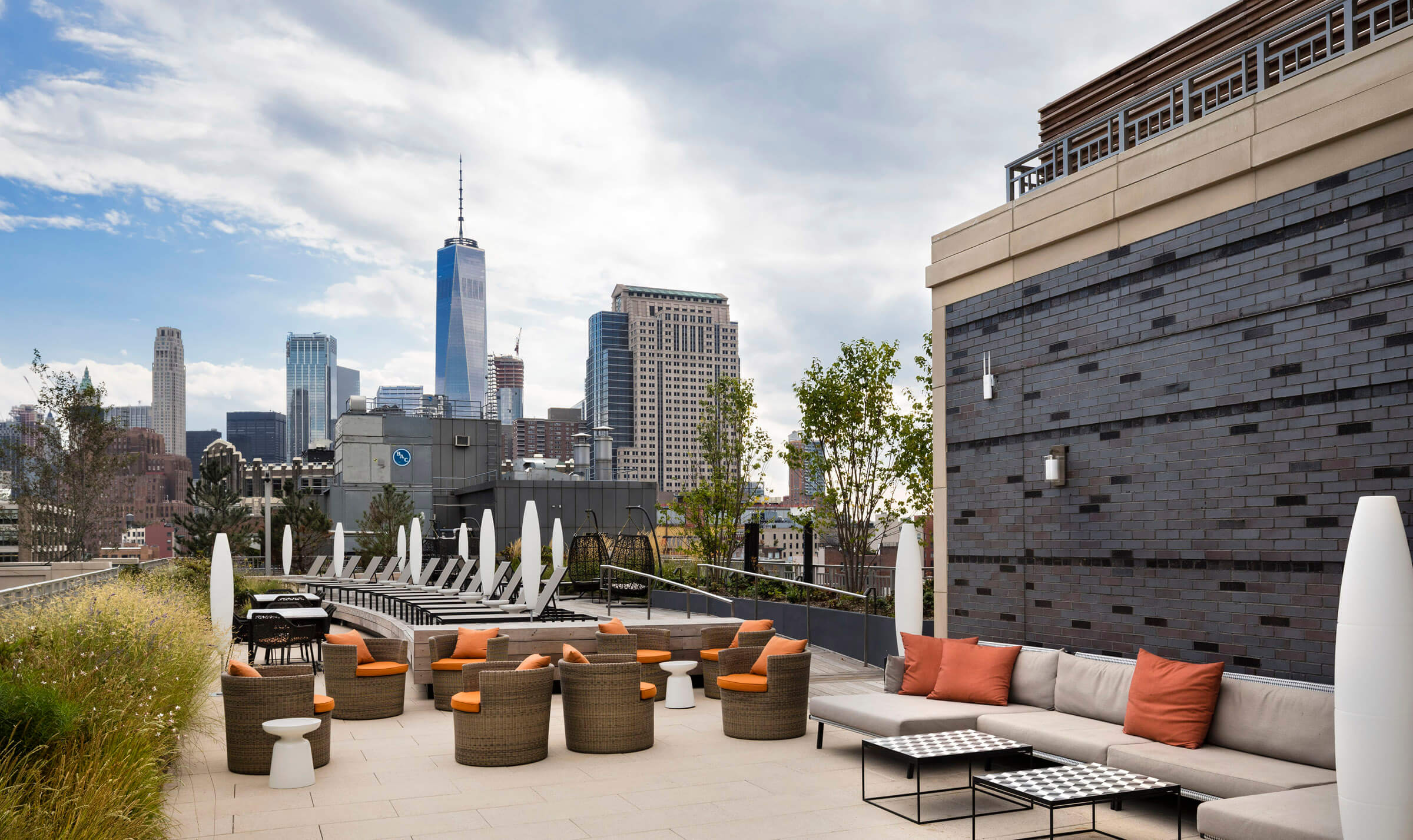