This 240,000 square foot building serves as the headquarters for Walt Disney Picture's Feature Animation Studios. Located between Disney's Burbank studio lot and Route 134 to the south, this four storey building recalls the futuristic buildings depicted in early animated movies as it mediates between the scales of a busy highway and the pedestrian scaled studio lot.

The new facility, housing 700 employees, is entered under a cone-shaped tower, a reference to Mickey Mouse's hat in his classic role as the Sorcerer's Apprentice. The ground floor contains the building's most public spaces, with a grand triple height lobby and a screening room, both of which can be secured from the rest of the building for special events. Incorporating the full range of animated feature film production departments, the structure includes archives and computers on the lower level, post production (including background and special effects) on the ground floor, animation on the second floor and story development on the third floor. To unify and clarify overall circulation, all four floors are interconnected by a grand stair centrally located and each has a "main street" on the south facade of the building.

The south facing lobby and circulation esplanades become the building's primary circulation and gathering spaces--on the exterior they are expressed by an arching wedge that slopes up in relation to the allowable height limit on this site. This enormous but narrow form is the building's facade to the highway, in scale with Route 134 and with the speed of passing commuter traffic.

The division of the top two floors into three major spaces by double-height secondary walkways create three barrel-vaulted volumes on the exterior, echoing the scale of the stages that they face on the studio lot.

The materials and detailing employ the vocabulary of Kem Weber's original Animation Building (1939) now used for offices on the studio lot. 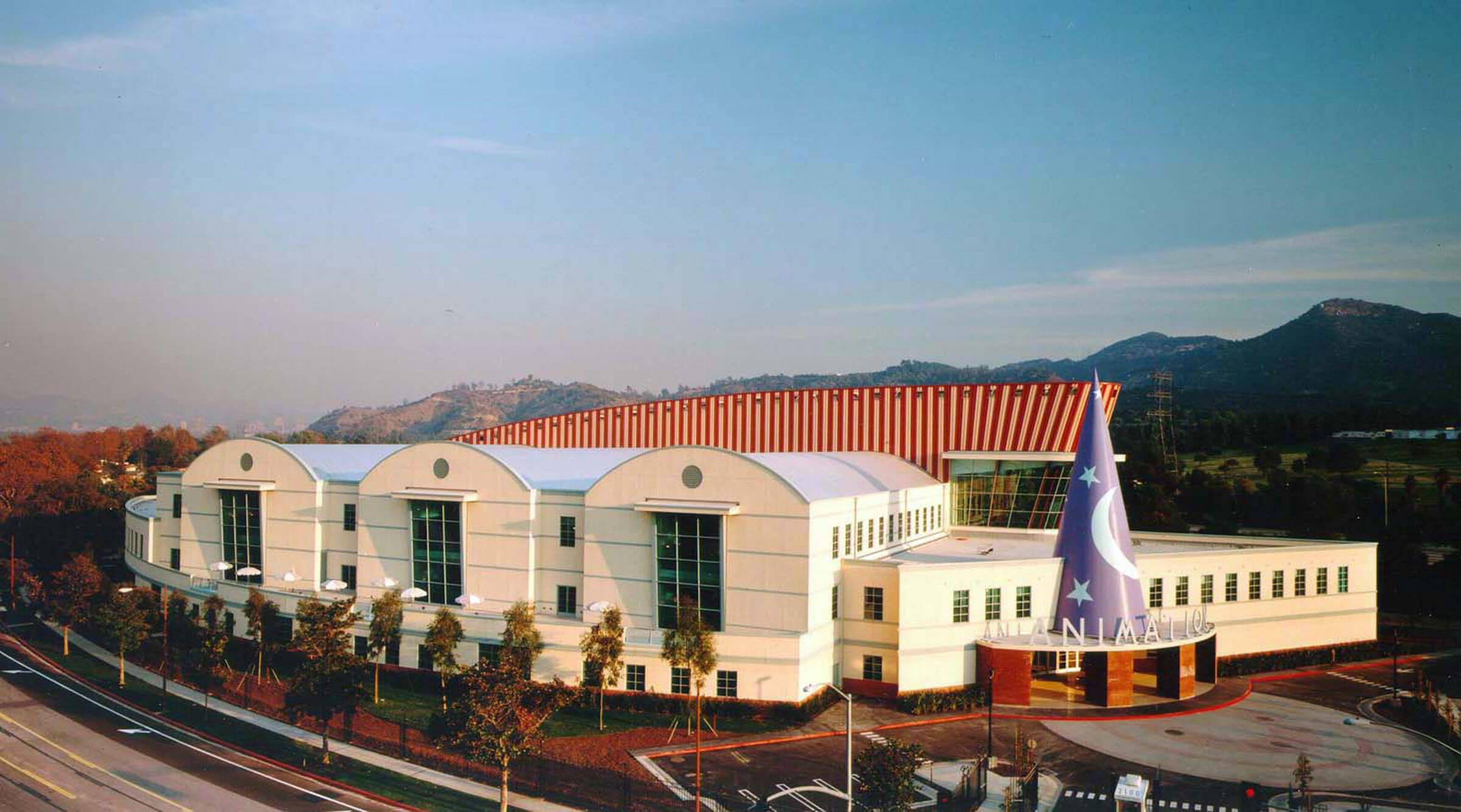 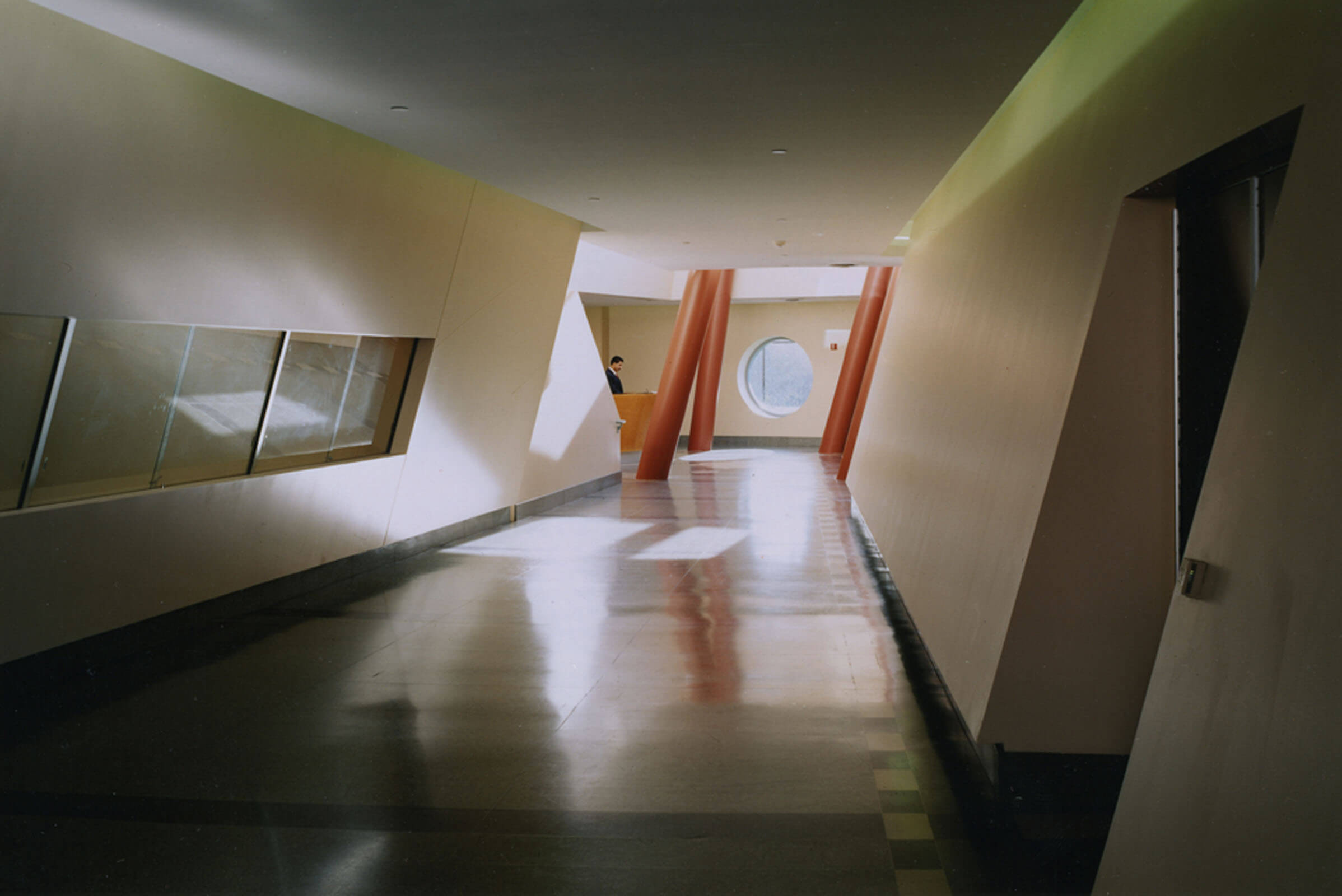 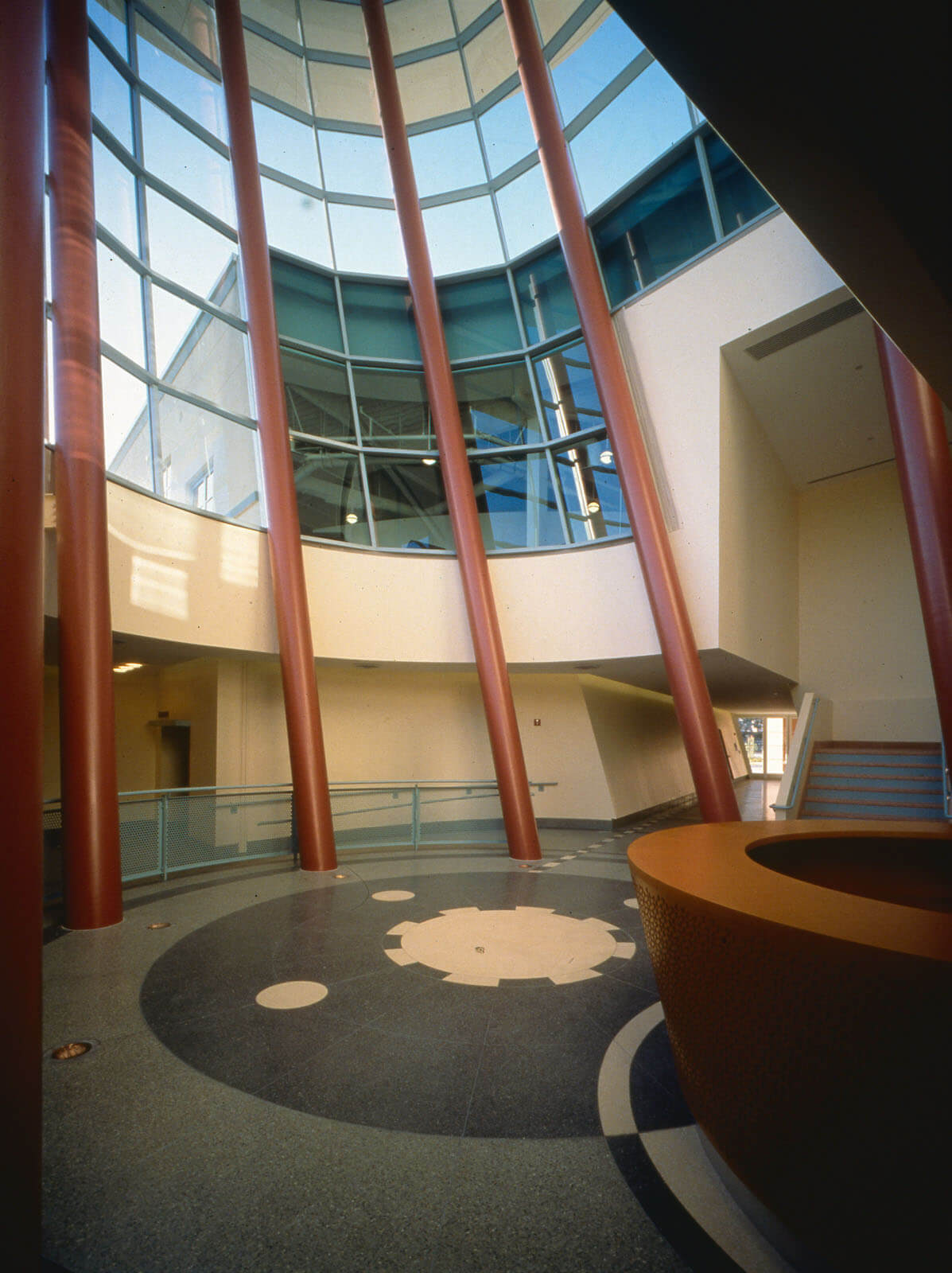 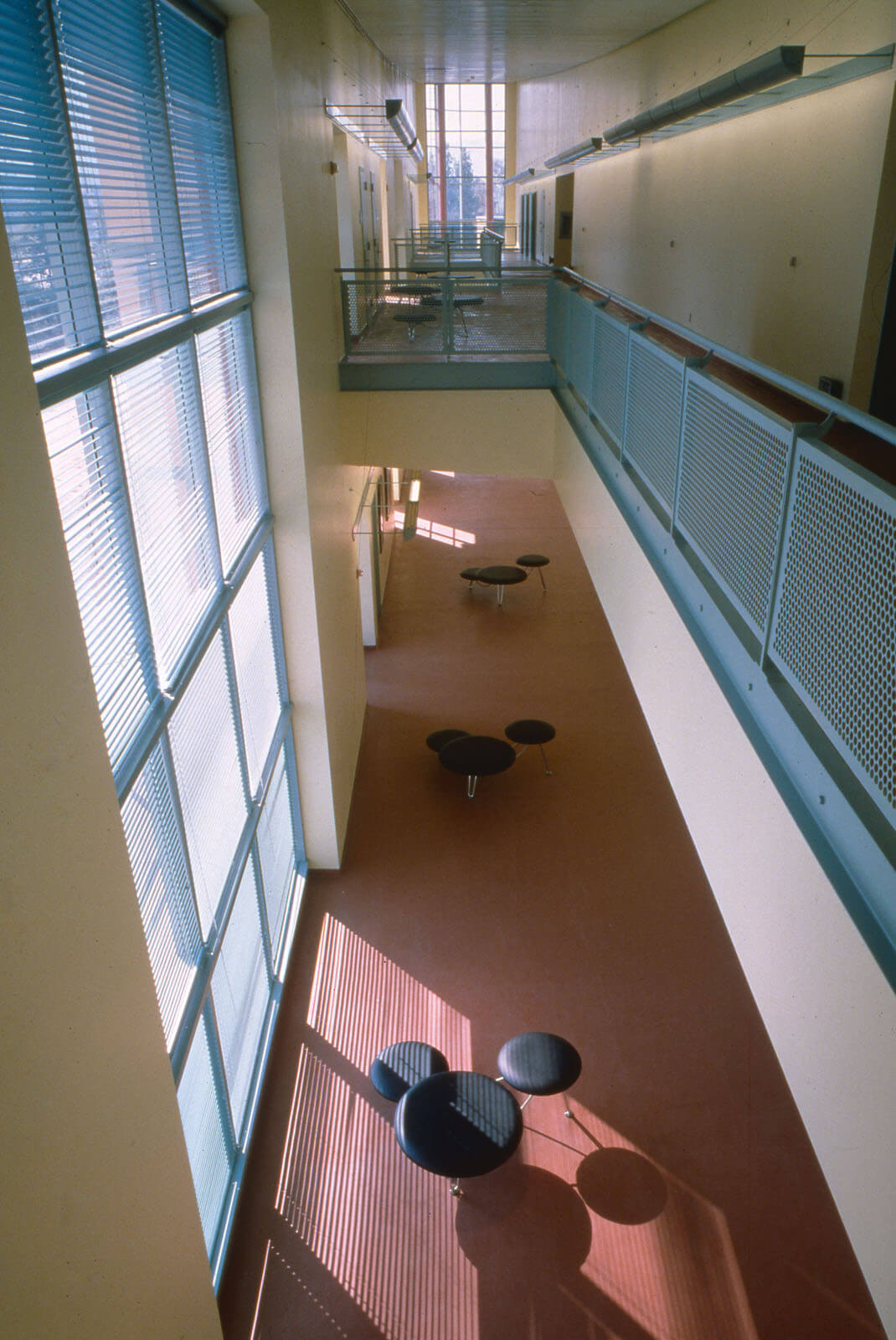 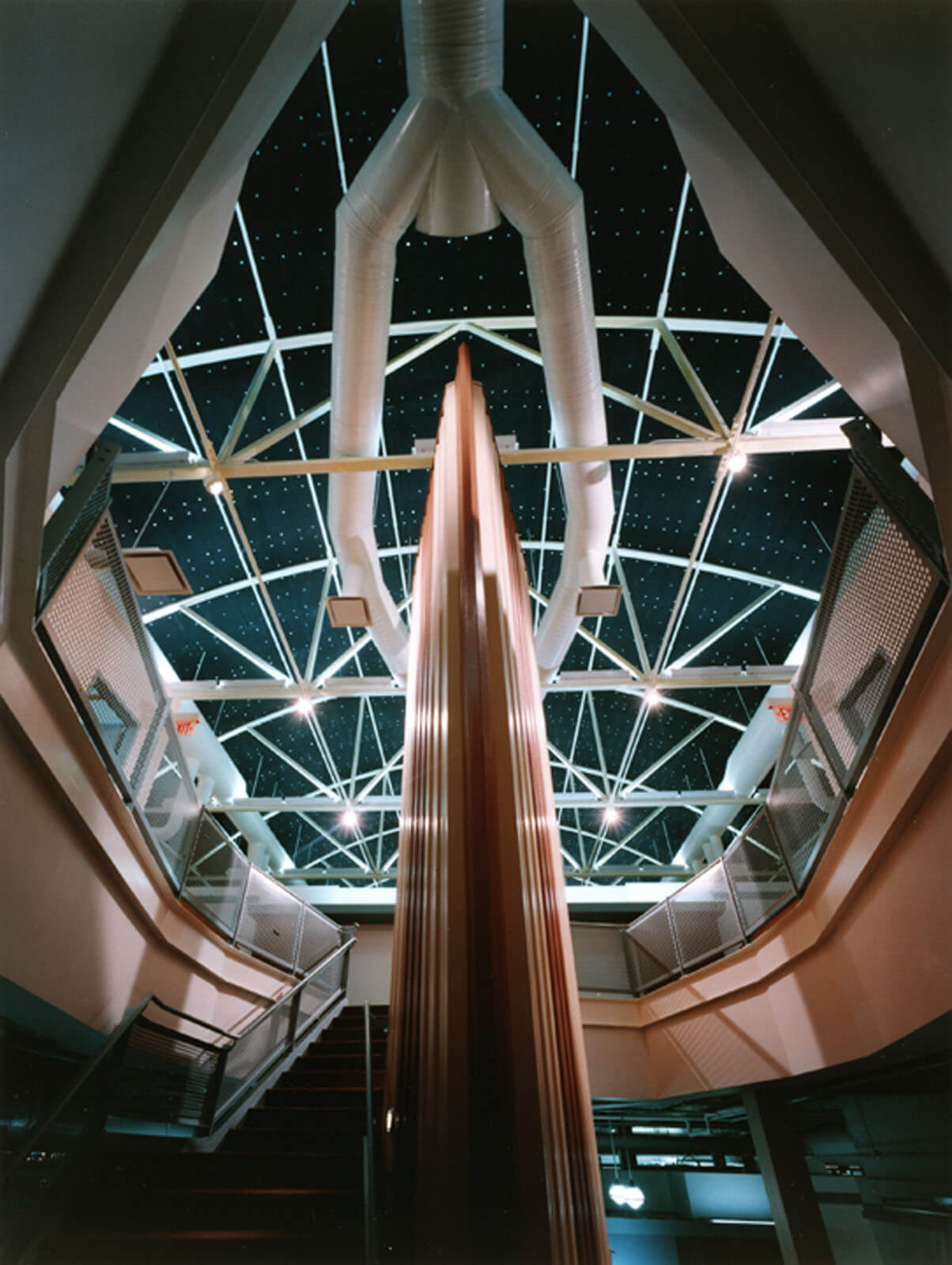 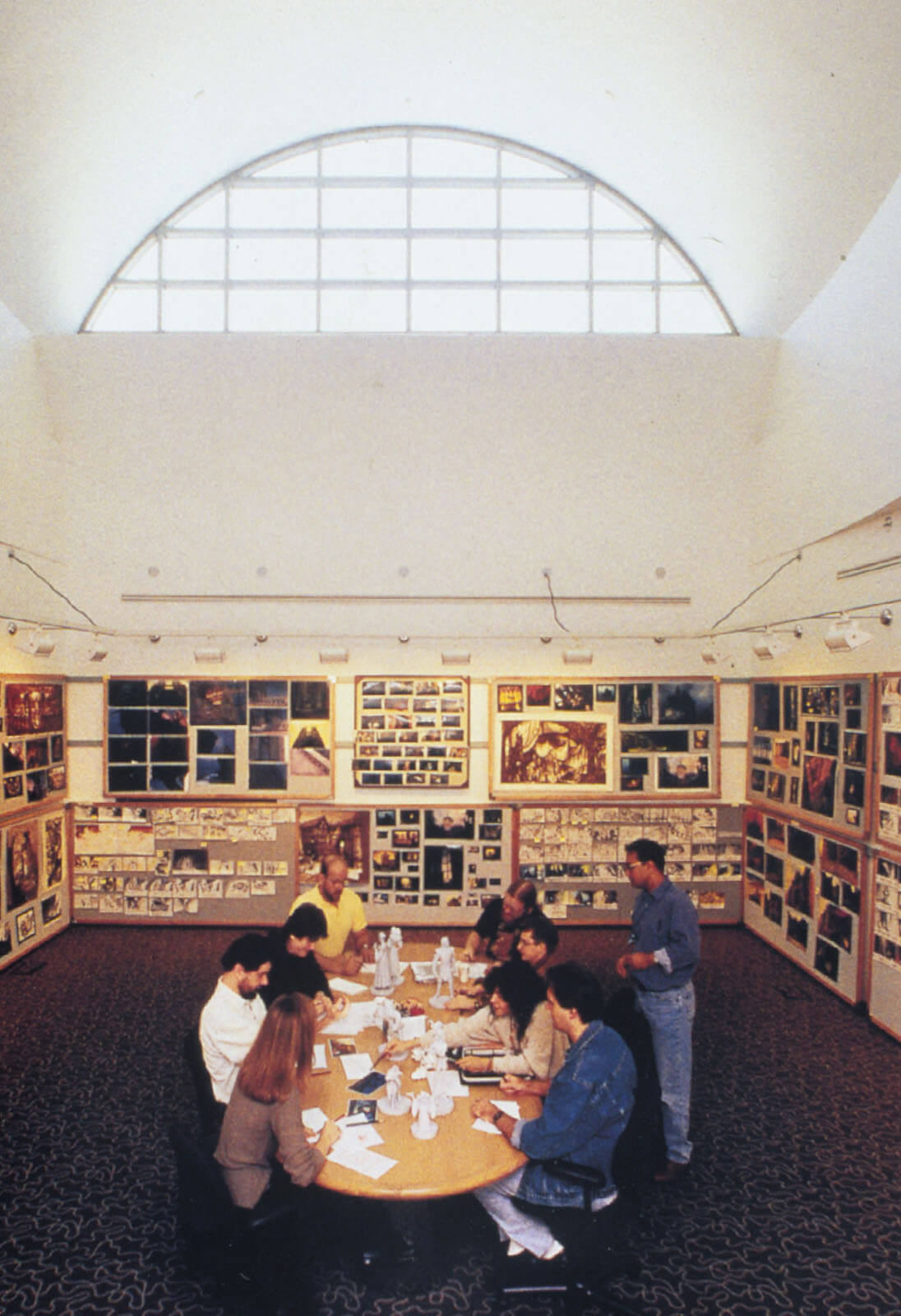 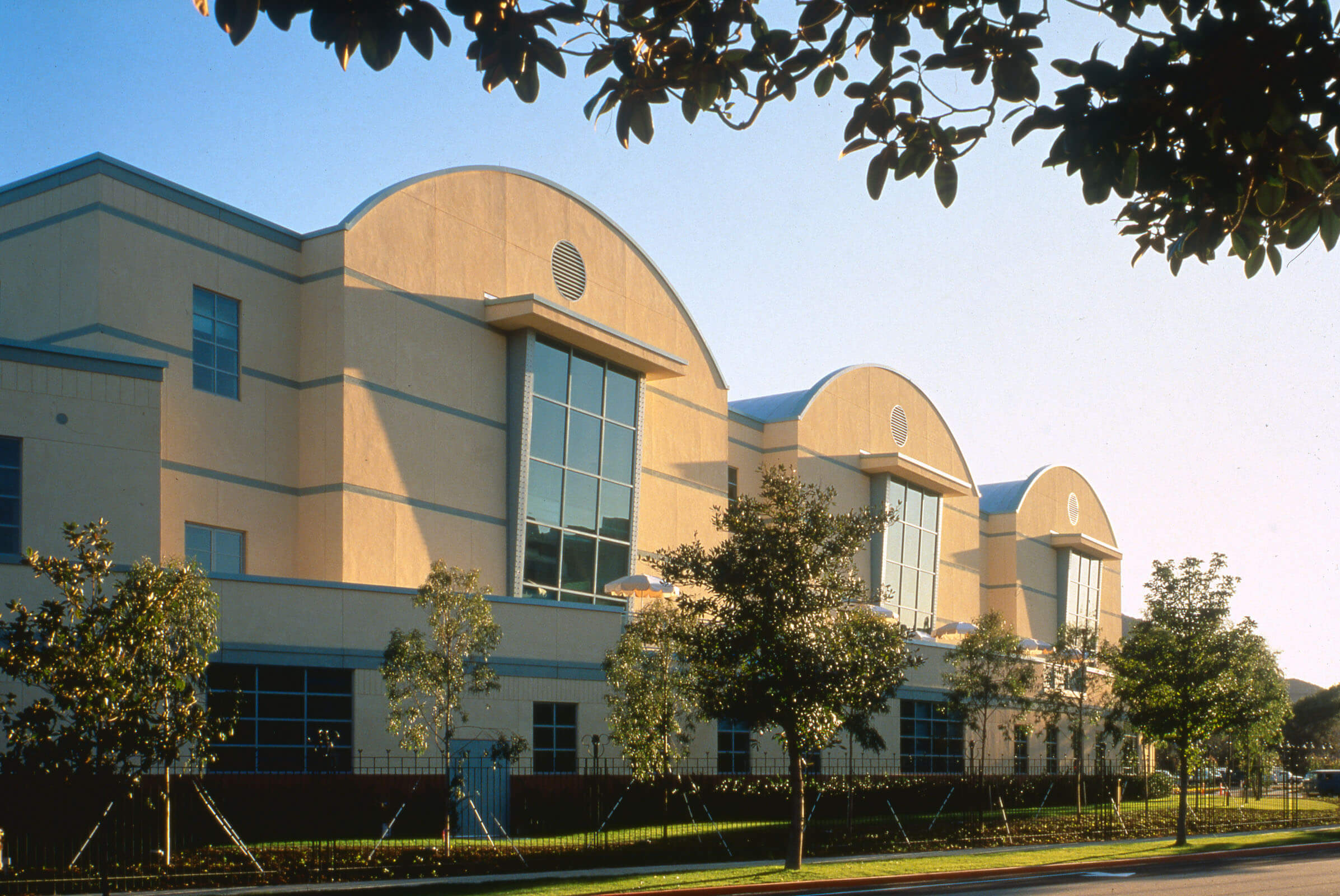